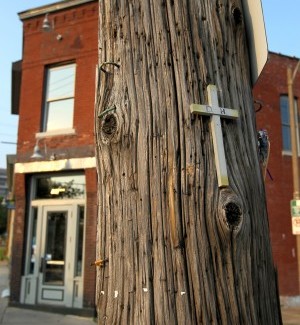 Those of us who train to use defensive firearms often think about scenarios where we might have to shoot an attacker.  But how often do we think about alternate courses of action in situations where we might still be legal to shoot.  Just because we legally CAN shoot someone, doesn’t mean that it’s always the best idea to do it.

Put yourself in this situation…

You are at a bar with your significant other.  You are not drinking and you are (legally) carrying your concealed carry pistol.  You hear between seven and ten shots shots being fired just outside the front door of the bar. What do you do?

That incident happened in St. Louis.  The bar patron was an off duty cop.  He went outside and saw someone holding a gun up and firing. The cop drew his weapon and ordered the shooter to drop the gun. The shooter (who actually was an armed bouncer) turned and pointed his gun at the cop. They exchanged shots and the cop died. It didn’t have to happen.

If you are carrying a gun for personal protection, use your brain. When you hear gunshots HEAD THE OTHER DIRECTION! Nothing good can happen out there! If I had been in that bar and heard the shots, I would have quickly gathered my friends or family and headed out the back door.  Let the (on duty) boys in blue earn their money solving that problem.  I’m out.

If this incident went to court, the judge would have likely determined that the cop was acting lawfully when he ordered an armed individual to drop his weapon and then shot when that individual didn’t comply.  It would have been a legal shooting.  But that doesn’t help our cop friend here.  He’s dead and won’t enjoy his court exoneration.

I’ll say it again: Having the legal right to shoot is not the same as NEEDING to shoot.  Many folks don’t understand the difference.

If you choose to get involved in a problem that isn’t yours, some very bad things can happen. Think about that before you decide to be the hero.