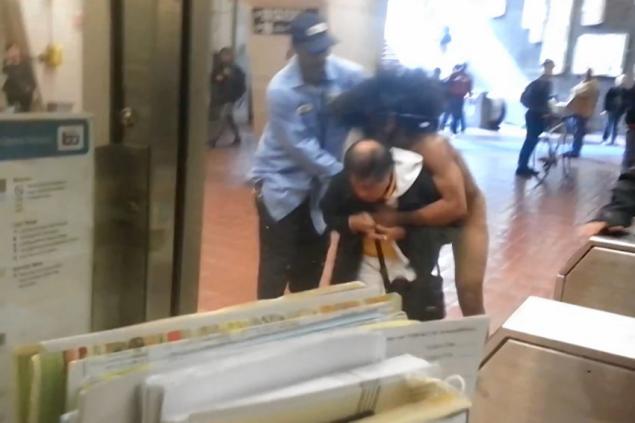 My Facebook and email accounts blew up last week with folks sending me the link to this story and asking for comments.  If you haven’t seen the story, a naked man accosted several people in a San Francisco BART station before police arrived and he was arrested.  The entire incident was recorded.  HERE is a link to a story about the incident.  The video is below.  Check out the video (caution for male nudity) or read the story before we move on:

Here are some more things to think about….

1) Don’t become another victim.  Did you notice all the people walking around who never saw the naked man?  Truly clueless.  Also notice that the only people who naked guy confronted were the clueless folks who didn’t see him until it was too late.  Those people who saw him and avoided him didn’t have any problems.  Pay attention to your surroundings.

2) Running backwards is seldom a good option.  The first girl grabbed tried to run backwards away from the naked guy.  It didn’t work and she wound up on her butt.  She was only saved when the BART employee intervened.  Don’t try to back up if you are accosted.  It’s better to either back up or move forward at an angle.  You can’t go backwards faster than your attacker can move forwards.

3) Video Surveillance cameras do not prevent crimes.  You can hear the man filming while he is on the phone to police.  He says “the police see him on video”.  What good is that?  Other than being able to provide evidence at the man’s trial, it does nothing.  Don’t think you are “safe” just because an area is under police video surveillance.

4) With which level of force would you respond to this type of attack?  I had numerous friends commenting along the lines of “I’d shoot him.” or “It’s too bad people can’t carry guns in California.”  Is shooting this guy the correct response?  I don’t think so.

In order to shoot someone you need to reasonably believe that the attacker is going to seriously injure or kill you or an innocent third party.  What did the naked guy do that would make you believe that your life was in danger?  He grabbed a couple people, put one guy in a bear hug, and kicked the BART worker.  None of those attacks rises to the level of lethal force.  Shooting the naked guy would probably get you prosecuted.

5) People who carry firearms also need to be crossed trained in empty hand skills and/or have access to a less lethal weapon.  You can’t shoot the guy here.  That leaves you with two choices if you want to defend yourself or intervene…empty hand attacks or a less lethal option like pepper spray.  I think pepper spray would be an ideal option in this case.  Do you carry any?  If you don’t already have some, I recommend the Sabre Red Spray. 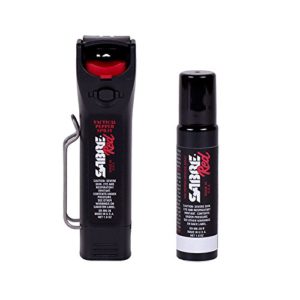 If you didn’t have pepper spray, how would you physically intervene here?  That big mess of hair looks awfully tempting…grab a big handful of hair and use it to bring naked guy’s head down.  Then a couple repeated hammer fists to the side of the neck to end the fight.  Simple and easy tactics will take care of the problem.

6)  Naked people should be a warning sign.  In the police world, we know to use caution around naked people.  Usually people get naked and act violently when they are experiencing “Cocaine Psychosis” or “Excited Delirium.”  We also see people strip off their clothes when they are under the influence of Bath Salts.

Any of these conditions can cause the naked person to become exceptionally unpredictable.  When suffering from these conditions, we also know that the person tends to have a uncontrollable attraction to glass.  They will break windows and shatter mirrors.  They will cut themselves with the glass shards.  Be very careful around anyone naked and acting irrational!

7) Everything is on video.  Before you act in a situation like this, please consider that you are likely being recorded.  In this case, both the police and the BART employee were filming.  Don’t do something stupid, because it will be recorded forever.

If you don’t want to miss future tactical training scenarios, please sign up for my email updates.