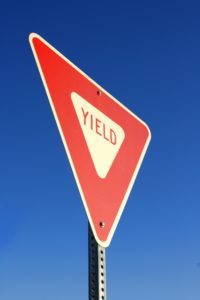 I don’t know the back story for this video other than what the man filming the incident wrote.  That may or may not be correct, but here is his description of what happened:

“Yesterday I jumped out of my car to kick a lead pipe away from two guys that were brawling on the ground in the right hand lane on the 405 S right in front of the Beach Blvd. exit.

By the time I got to them the bigger guy had taken control of the fight and had the other guy pinned down. I got rid of the pipe and kept the camera rolling for the cops. This is the video that was submitted as evidence to CHP shortly after the incident.

Turns out the bigger guy was Richard Brun, a professional bodyguard of 20+ years to top level executives and celebrities. The other guy was a truck driver who had just attacked Brun with the lead pipe. He had just struck Brun with one shot to the ribcage under his left arm with the pipe before Brun disarmed him and took him to the ground. Brun had been on the phone with the cops several times before the incident escalated. It took the cops about 8 minutes to arrive. This is how it went down.”

Watch the video below and think about what you would have done differently if you were attacked in this road rage incident.
Let’s look at a couple of the issues involved here:

– Don’t engage.  I don’t know what happened that prompted the two men to get out of their cars, but it likely wasn’t worth it.  If some guy starts screaming at me on the road, then gets out of his car and walks towards me with a lead pipe, why would I want to get out and fight?  Driving away is the easiest option.

– If you are attacked and are able to subdue your attacker, do you want to hold him for the police?  Police response varies according to the jurisdiction.  You may be waiting a LONG time.  If it were me and the guy wanted to leave, I’d let him go.  Police have already been called.  Get his license plate, description, and maybe a photo and let him go.  You have no duty to apprehend anyone.  You don’t know if he has friends coming or if he has other weapons.  It’s safer to just let him leave.  You can file charges against him later.

– Would you shoot if you were being attacked with a metal pipe?  It is probably legally justified (if you didn’t initiate the encounter), but can you do it?  Many folks carry guns unloaded, chamber empty, or in the glove box.  Do you think you could realistically get to your gun and make it ready to fire before getting your skull caved in?  If you carry a gun, it should be on your person, loaded, with a round chambered.

– Empty hand skills matter.  Many of you carry a gun often, but not everywhere.  If you were attacked without your gun (like this man was) could you defend yourself?  If not, get some skills.

– Position before submission.  This is an old Jiujitsu adage that means you shouldn’t attempt to finish the fight until you have achieved positional dominance over your opponent.   At one point, the attacker attempts to use an eye gouge and a bite to get out of the submission hold the victim was using.  How did that work out for him?

I’m generally an advocate of both biting and eye gouging, but you should realize those tactics won’t always work, especially if you are fighting a skilled opponent.  The victim here was able to easily avoid both attacks and then take an even more dominant position (allowing him to sink a good choke if had wanted to).

If you are going to use bites and eye gouges, don’t expect that they will instantly end the fight.  Don’t make a half-hearted effort.  Attack with everything you have and be ready to exploit any movement you create in your opponent to either escape or better your position.

– Everything is on video.  Don’t do or say anything stupid during any confrontation.  Assume every encounter is being videotaped.  With the prevalence of cell phones, it probably is.

– The police don’t know who is the attacker and who is the victim when they roll up.  If you are involved in a violent altercation, expect the cops to point guns at you, order you to the ground, and handcuff you until they figure things out.  Make sure you do not have any visible weapons in your hands as they arrive and immediately comply with their demands.  It would suck to win the fight only to be shot by the police because they didn’t know you were “the good guy”.