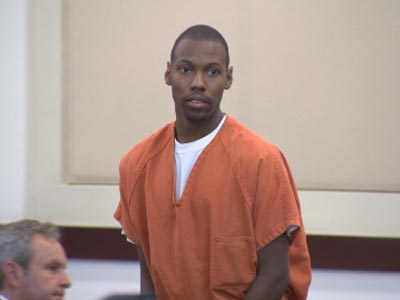 The news story I read wasn’t all that remarkable. It described something that happens every day with unfortunate regularity. An armed robber shot one of his victims.

This particular story, however, yielded a worthwhile learning point.  The robber walked into a store and fired a couple of shots from a rifle into the ceiling before demanding cash. The victim (a store manager) complied.

As she was handing over the money, she was still stunned by what was going on. She made a careless comment, saying “you’re not going to shoot me” to the robber.

The robber took those words as a challenge and shot her in the leg before taking the money and running from the store.

When asked by police if he felt any remorse, the robber replied that he did not. He blamed his actions on the victim, stating: “You don’t tell somebody that’s got a gun pointed at you that you’re not going to shoot them'” 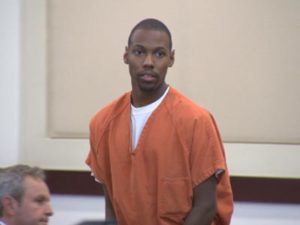 The truth in this case is not all that important. The only thing violent criminals care about is THEIR perception of what’s happening. The robber here felt challenged and stepped right up to show the victim that he wouldn’t be brazenly insulted in that manner.

There was an interesting study done in California a while back. It was reported in Michael Ghiglieri’s excellent book titled The Dark Side of Man.  The researcher, David Luckenbill, studied all of the murderers in a California county over a 10-year period and asked them why they killed their victims. You would expect to see a variety of responses. You would be wrong. Every death row inmate interviewed listed one of only two reasons for killing…. 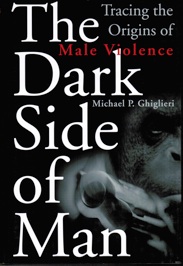 Like I said, the truth doesn’t really matter here. What matters is the criminal’s perception. If he perceives a challenge or an insult you are far more likely to be hurt or killed.

How should you use this information to successfully plan your strategy for dealing with criminal violence?

1) Recognize that the criminal you face will likely not be operating under the same moral or ethical codes you embrace.  A large number of violent criminals are psychopaths or sociopaths.  They simply don’t have any empathy for their victims.  Don’t make the error of thinking “He won’t shoot me because I wouldn’t shoot him in the same situation.”  You would be wrong.  Your bad assumptions can cost you your life.

2) Get rid of the false bravado.  Most criminals are masters at quickly judging people and using those snap judgements to manipulate them.  They will see through your bluff and they may punish you for your attempt to challenge them.

3) Don’t be insulting.  There is a big difference between screaming “GET THE FUCK AWAY FROM ME!” and screaming “GET AWAY FROM ME YOU MOTHERFUCKER!”  Profanity can be useful in some contexts, insulting an armed criminal will seldom have a positive result.

4) Be especially cautious during the times when the criminal is under the most stress.  If you choose to comply, or if you are feigning compliance until you can find a better opportunity for resistance or escape, be especially cognizant of the words you use in both the beginning and the end phases of the criminal attack.

Some research shows that a criminal is most likely to act violently in the very beginning of his attack.  He has to dominate his victim and exert control to get what he wants.  Whatever actions you take will likely be perceived as more challenging during this phase.

The second most dangerous time is right before the criminal makes his escape.  If you present any challenge or insult (something like saying “I’ve seen your face and I’m going to call the police.”) at this point, you will be perceived as interfering with the criminal’s escape plans and you will most likely be seriously hurt or killed.

5) Rehearse your “tape loop”.  Most people simply don’t think very well when they are under the gun (literally).  Trying to figure out the best thing to say while the criminal has you at gunpoint is tough.  Master firearms instructor John Farnam suggests having a pre-planned verbal response for the most likely scenarios you may face.  He calls it a “tape loop”.  Rather than thinking of words on the fly, you just push “play” and say exactly what you have practiced.

When you are coming up with your tape loop “scripts”, avoid any type of challenging language or insults.  Keep calm, be monotone and non-threatening even if you are planning a violent resistance.  Surprise is a very potent weapon in your arsenal.

Your goal in any criminal interaction shouldn’t be mere survival.  You should plan to prevail.  You won’t prevail if you get taken out early in the fight because you said something stupid.  Be smart and give yourself an advantage by paying attention to the language you use.