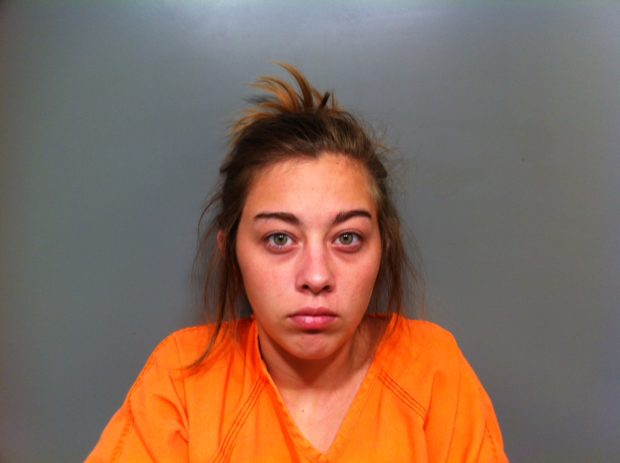 You ladies are better behaved than us men.  It’s somewhat rare to see female violent criminals.  Depending on the type of crime and the study, you’ll find that about 95% of violent criminals have a Y chromosome.

Does that mean all women are angels?  No.  Far from it.  Women just commit different types of crime.  They tend to leave the real bloody work to us men.  When you look at arrest rates for minor property crimes, women make up about 30% of the total.  Most researchers believe the actual rate of offense commission is even higher for women, as victims are less likely to file formal charges on a woman than a man.

So what does all this mean?  Should we ignore female criminals as being insignificant in terms of our violent crime prevention efforts?  I don’t think so.

Very commonly, violent male criminals have female accomplices who serve as drivers, lookouts, distractions, or holders of weapons (cops are less likely to search a woman than a man).  Here is a prime example of an armed robber using his female accomplice as a distraction.

Couple is arrested in Slidell carjacking 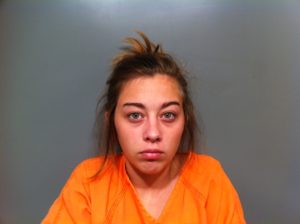 The female “distraction”. She probably looked a little different wearing her bikini top and booty shorts.

In this case, a young girl wearing nothing but shorts and a bikini top stands shivering in the roadway at night.  She appears to be in need of assistance and flags down a passing car.  When the driver stopped to see if the girl was OK, the girl’s male accomplice put a gun to the driver’s head and stole her car.

In another case, a teenage girl and her male accomplice jointly stab a pizza delivery person over 50 times. 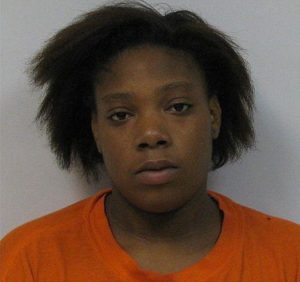 It was the girl who made the call to have the pizza delivered.  It’s a similar setup to the first case, the woman provides the distraction while the man (or the two together) commits the crime.

When I research violent crimes (or take the reports as a police officer), it’s the single most common pattern I see.  Women are involved in violent crime, but their involvement is generally more peripheral.  That’s not to say that women aren’t killers or aren’t dangerous, they certainly can be.  But more often they are in a more “supportive” role to their male counterparts’ lead.

1) Trust your instincts.  The victim in the first case knew something was wrong before she pulled over.  She said:

“…she’d noticed something off along the sidewalk but didn’t pay much attention to it because there had been plenty of stray cats roaming the neighborhood and figured it was nothing to worry about.”

That kind of rationalization is common in crime victims.  During a stressful event, your brain looks for patterns from past experiences so that it can better “classify” your current situation.  If you don’t have previous experience with men hiding in bushes along the side of the road, your brain will default to what it knows.  In this case, she remembered seeing stray cats on the side of the road, so that’s how her brain rationalized the movement she saw.

Don’t let this happen!  Don’t make any assumptions.  If you feel bad about a situation, trust your instincts and don’t become engaged in the mental acts of denial or rationalization.

2) Beware of “stoppers”.  In an ambush prevention class I once took, the instructor spent a long time discussing what he called “stoppers”.  Stoppers can be anything placed along your path that is unusual enough that it draws your attention or causes you to physically stop your movement.  Enemy soldiers place items on the battlefield that cause troop movements to stop for investigation.  When the troops stop, the enemy triggers the pre-planned ambush.

The class instructor used a very simple example to illustrate the point.  He asked the class a question:

“What would you do if you were driving home from work and as you pulled into your driveway, you noticed one or more  trash cans moved into a position that blocked your garage door?”

The majority of the class said that they would stop their car in the driveway, get out of the car and move the cans before pulling into the garage.  It would be a predictable action that most people would take.  The criminal preys on your predictability.  If someone was trying to ambush you, they could merely set up in a hidden position and shoot you as you got out of the car.  The trash can was the stopper.

In the first case, the half-naked woman was the stopper.  She appeared to be in trouble and caused the driver to stop the car to help.  Then, like a precision military ambush, the male robber attacked.

Recognize the fact that you are ripe pickings for an ambush whenever you notice a “stopper” of any type.   Don’t stop moving and continually scan for additional threats if you are ever stopped by something unusual.

3) Be cautious of anyone who is overly friendly.  Male criminals know that a victim (male or female) is less likely to be suspicious of a woman’s approach.  Both sexes feel less threatened by  women.  The criminal uses this knowledge to his advantage by sending the female up to engage the victim first.  The female won’t want to appear suspicious, so she may be exceptionally nice, friendly and polite.

Other similar strategies such as “forced teaming”, “too many details” and “loan sharking” are described in depth in Chapter for of Gavin De Becker’s book  The Gift of Fear. 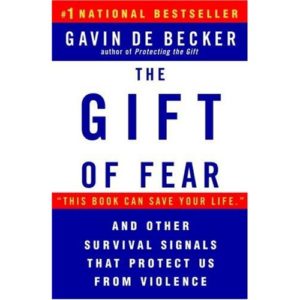 When strangers approach you in a crowd, they want something.  Being “nice” is a tactic, not a personality trait.  Be alert whenever you are approached by a stranger who seems overly friendly.  Her male accomplice may be close by.

We can learn a lot from news articles like the ones I’ve linked to above.  Read the stories, learn the tricks and be better prepared if you are ever confronted by a female criminal