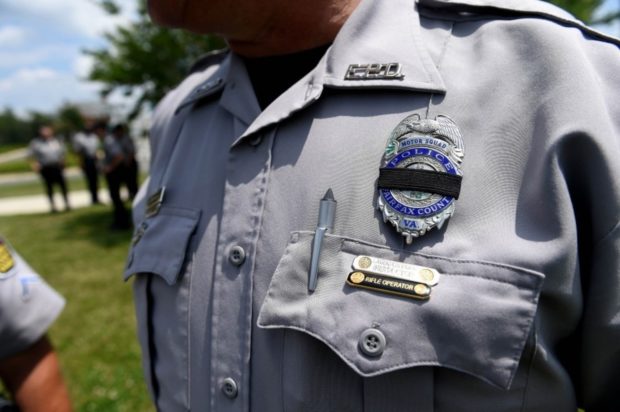 While I primarily wrote this article for police patrol officers, it has a lot of relevance for everyday citizens as well.  If you ever find yourself sitting in a car in a public place, you can utilize these strategies to reduce the chance of robberies or car jackings.

According to some recent research, ambush attacks against police officers have doubled in the past year.  This fact combined with the onset of the  holiday season (where historically both crime rates and attacks against officers have increased), makes me worried for the new cops working the street.

The cops hired in the last couple years are working in conditions that are vastly different than those I experienced as a rookie.  A lack of public respect for the position, poor morale, and difficult working conditions make it ever harder to find quality police candidates.  Almost every agency is running short staffed, leading to in-service training being scrapped to put bodies on the street for manpower.  Covid-19 has also decimated police training.  It’s hard to do quality defensive tactics training when everyone is trying to avoid close contact with other humans.

The new officers aren’t getting the training they deserve.  Maybe this article from an old retired cop might  help them fill in a few gaps.

Back when I get hired in the mid-1990s, police ambushes were far more common than they are now.  The article Ambush killings of police officers has hit a 10-year high describes the crux of the problem.

“Like many categories of crime, ambushes on officers have become rarer since the early 1990s. In 1991, for instance, there were more than 500 ambush attacks (fatal and non-fatal) on officers. By 2015, that number had fallen to 240 assaults, according to official FBI statistics.”

When I was in training, the crime rate was much higher.  So were the number of attacks on police officers.  My training officers drilled into my head the importance of utilizing proper officer safety practices to avoid ambushes.

Now, most FTOs don’t do that.  Field training officers today look very different from the veteran cops I trained under.  Very few officers currently want to be an FTO.  There was zero financial benefit for being an FTO in my former police department.  Doing so looks good if someone is trying to get a promotion, but that is the only tangible benefit.  Most of the patrol guys who have been around more than a decade aren’t trying to get promoted and don’t want the hassle of teaching a rookie for 16 weeks.

That leaves the only available FTOs as upwardly mobile officers who have between one and five years experience.

The new officers are being trained by “veteran” officers with a stellar two years of police experience.  It’s the blind leading the blind.

The old wisdom that was passed on to me gets forgotten.  Police ambushes aren’t as common now.  Why train to prevent them?

Even today, about 10% of the cops killed on duty are ambushed.  I bet those dead cops would have wished someone showed them how to prevent an ambush attack.

A lot of cops spend a great amount of time sitting in their patrol cars writing reports on their mobile computers.  What tactics can they use to best keep themselves safe as they do so?

I’ve been around a while.  I have a few suggestions…

Choose the right parking lot.  You want to find an empty lot where the presence of a car or person is something unusual.  You don’t want to sit in a busy parking lot with lots of traffic.  There are too many threat cues to process.  Pick a church or school parking lot without any cars in it for better safety.

Park your car in the middle of the parking lot where any intruder will have to cross lots of open space to get to you.

Turn your bright lights on.  Not only do you want to see anyone approaching, you also want to create an impenetrable “wall of light” for anyone who is coming your direction.  Bright lights limit the chance of the bad guy being able to see your exact position to target you.

Back in the 1990s, it wasn’t unusual to see a cop parked in a lot at night with his light bar “alley lights” (side spotlights) turned on so that he could better see a person on foot approaching his car.

Lock your cruiser doors.  You don’t want a person to be able to open your cruiser door and either drag you out or shoot you.  If you keep your doors locked, you will buy some extra time in the event of a physical attack.

Open your windows a little bit.  Your windows shouldn’t be fully opened, because that makes it easy for an attacker to throw a firebomb into your car.  They should be open a couple of inches so that you can better hear footsteps or a blacked-out vehicle approaching.

Seat belts should be OFF.  Whenever you park your car in a public location, you should remove your seat belt.  You want to be able to move without restriction in an ambush attack.  Once you are parked, your primary danger isn’t a vehicular collision.  It is an attack by someone on foot.  Make sure you are prepared for the most likely threat you are going to face.

Turn your radar on.  Whenever I parked, I turned the rear antenna of my cruiser speed measuring radar on.  The radar gives me an audible warning if someone in a car or on a bicycle is approaching from behind where I can’t see them.  If you don’t have a rear-facing radar, turn on your forward radar.  Any extra warning you have of an attacker approaching is a good thing.

Look around at a regular interval.  Don’t be so focused on your report (or phone) that you fail to scan your surroundings.  Set a regular break to look around.  When I typed a report, I stopped after every paragraph and looked around my cruiser in a 360 degree scan.  I also used the songs on the radio or my phone as a reminder to scan.  After every song ends, I took a few seconds to look around.

These tips won’t prevent every ambush attack, but will likely keep you safe from many folks who might want to hurt you.  I hope you new FTOs reading this article take the time to share this information with your rookies.