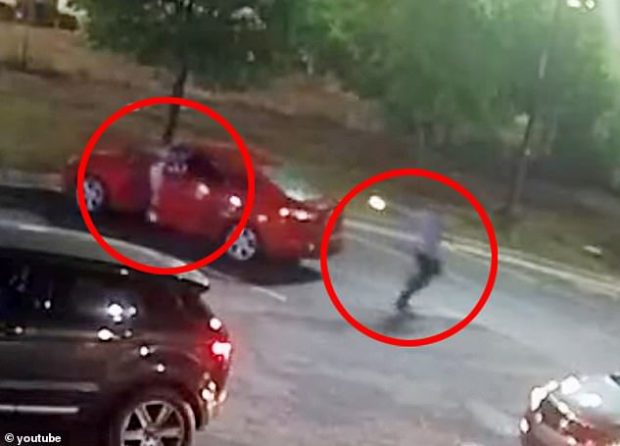 Lots of folks have contacted me asking for my perspective on the recent police shooting of Rayshard Brooks.  For those of you unfamiliar with the incident, police received a 911 call about a man unconscious behind the wheel in the drive through lane of a Wendy’s restaurant.  A cop arrived, roused Brooks, and asked him to pull his car into a parking space.  Suspecting Brooks was intoxicated, the officer called a second officer (who was specially trained in impaired driving investigations) to the scene.

That officer ran Brooks through a series of field sobriety tests and decided that he was impaired.  The officers told Brooks he was under arrest and attempted to handcuff him.  Brooks attacked the officers, punching one in the head.  An officer attempted to use the Taser on Brooks, but it was not effective.  Brooks ripped the Taser out of the officer’s hand and began running away. 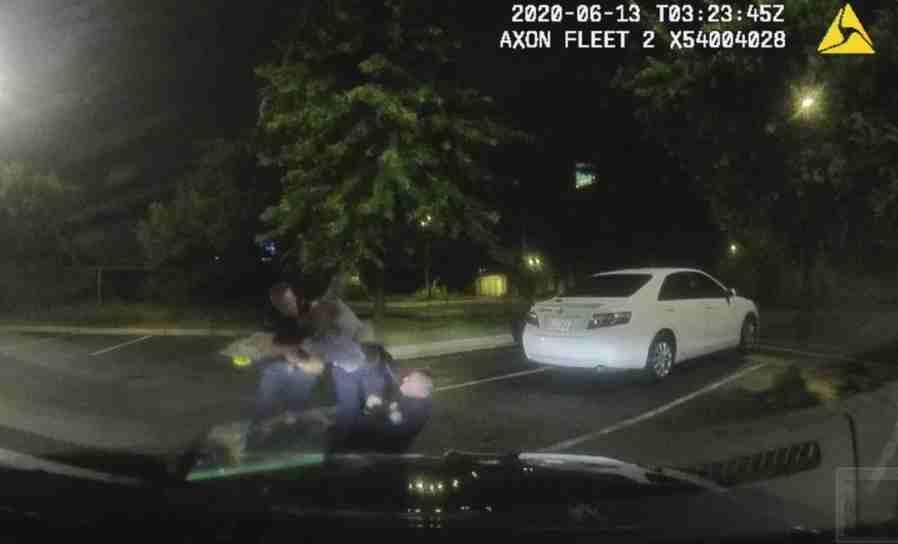 The other officer fired his own Taser at Brooks, but it too was ineffective.  Brooks quickly turned while running and fired the stolen Taser at the pursuing officer.  The officer dropped his own Taser, drew his pistol and fired three shots, killing Brooks.  I’d urge you to watch all the video (both officers’ body cams, the cruiser dash cam, and the surveillance video.  If you don’t have time to do that, watch the six minute edited summary video embedded below.

Many commentators are distracted by the procedures before the shooting.  Quite honestly, it wasn’t the best police interaction I’ve seen.  The fighting skills displayed by the officers were abysmal, but not atypical.  I’ll make a couple comments at the end of the article about these issues, but they are essentially irrelevant to the issue of whether or not the shooting was justified.

Let’s get to the crux of the matter.  Was the shooting legally justified?

There are two possible legal justifications for the shooting.  The first (under Tennessee v. Garner) describes when an officer can shoot a fleeing felony suspect.  Brooks at the time of the shooting was a fleeing felon, not for the drunk driving charge, but for his assault on the police officers.  Both the assault and the taking of the Taser (a robbery) were felony crimes of violence in the state.

The following summarizes the issues decided by Tennessee v. Garner:

“Under the Fourth Amendment of the U.S. Constitution, a police officer may use deadly force to prevent the escape of a fleeing suspect only if the officer has a good-faith belief that the suspect poses a significant threat of death or serious physical injury to the officer or others. “

Despite the fact that Brooks was fleeing and had a Taser in his possession, most legal analysts would agree that this conduct probably doesn’t automatically rise to the level of  “a significant threat of death or serious physical injury to the officer or others.”  Thus the shooting would likely not be justifiable under Garner.

“A peace officer may use deadly force to:

1. arrest a suspected felon when he reasonably believes that the suspect poses an immediate threat of physical violence to the officer or others

2. to protect himself and others from a life-threatening injury

3. to prevent the commission of a forcible felony.”

The question now becomes whether or not officer Rolfe believed he was at risk of “an immediate threat of physical violence” or a “life threatening injury.”

I’ve long argued that, in general, the use of a Taser by a criminal against an officer is NOT likely to cause serious bodily harm or death.  The Taser is generally thought as a “less lethal” use of force when police use it against resisting suspects.  It’s inconsistent to say that the Taser is a less lethal tool in police hands, but a lethal tool in the hands of a criminal.

Many will argue about the special circumstances involved, namely that the police officer is carrying a gun.  If the officer is incapacitated by the Taser, he would be unlikely to be able to defend against a gun grab and could be killed with his own weapon.  While that outcome is certainly possible, we need more than a mere possibility to utilize deadly force.

In order to use deadly force, we need a “reasonable belief” that the target of such force is likely to cause serious injury or death.  The mere possibility of that outcome isn’t enough to create a reasonable belief.  If the criminal showed his intent by either verbalizing that he was going to take the officer’s gun or actually making an attempt to do so, that would be different.  But absent such  a show of intent, I don’t think the possibility of being disarmed is enough reasonable belief of serious physical injury to warrant a deadly force response.

Some experts will perhaps rightfully argue against my opinion that cops generally shouldn’t consider Taser threats to be considered lethal force.  Tasers are considered less lethal because cops are trained how to use them, are trained to target the midesction and the lower body, and to avoid deploying the device against “vulnerable populations.”  Mr. Brooks has no such training and showed no restraint in his reckless firing of the Taser.

Could a Taser dart to the eye create a serious injury?  Absolutely.  Brooks fired the Taser at approximately face level.  That might have been enough in and of itself to justify the officer’s use of lethal force.

I think the more important issue here is that the officer really didn’t know what Brooks was firing at him.  The officers hadn’t thoroughly searched Brooks.  The quick pat down at the 21 minute mark on the body cam video was not a search.  The officer merely checked Mr. Brooks’ pockets for bulges. The officer didn’t even touch Brooks’ upper body, his groin area, or his rear belt line.

Brooks could have been armed with a hidden firearm in addition to the stolen Taser.  Put yourself in the officer’s position.  The ambient light conditions are low.  You just fought with a violent felon.  That felon stole your partner’s Taser.  He may be armed with his own gun or he may have also stolen the second officer’s firearm without your knowledge.

You see the felon extend a firearm-shaped object at you and fire.  You see a flash and hear a popping sound.  What might you think is happening?  I think it’s perfectly reasonable to believe that Rolfe thought he was taking gunfire and would be shot at again unless he stopped the threat with his firearm.

This appears to be the defense Officer Rolfe is presenting.  Read the statement made by Rolfe’s attorney.  Then look at the video still below.  Would you bet your life that wasn’t a gun being fired in your direction? 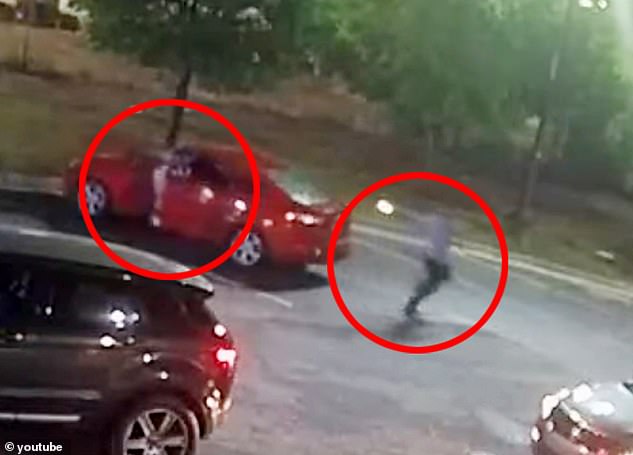 The problem with this shooting is that it is messy and looks bad.  The average person doesn’t understand the human dynamics involved in such an encounter.  Read Shot in the Back.

A suspect who is running away from the officer can turn his shoulders, fire a shot and then have his back turned to the officer in an average of .14 seconds.  That’s a shorter time period than it takes for the officer to physically pull the trigger and the bullet to hit the target.  On average it takes an officer .56 seconds to recognize that type of  threat and make the decision to shoot.  Do you see the problem?  The bad guy shoots.  The officer decides he’s facing a lethal threat and must fire back.  The bad guy has turned his back and is no longer an immediate threat before the officer processes the information and fires the shots.

It appears that the cop willfully shot a non-threatening target in the back when reality we are seeing the consequences of actual physical reaction time.  The officer makes the decision to shoot and while acting on that decision, the subject turns his back and continues to flee.

It isn’t pretty, but that fact doesn’t mean that the cop is guilty of murder.

Overall, I think a lot of things about this incident could have been done better by the cops on the scene.  With that said, I think the courts will view the shooting as being an objectively reasonable use of force.

I want to discuss a couple more issues.  I’ve heard several folks mention that the cops should have let Mr. Brooks call a ride instead of arresting him.  That’s certainly an option, but it isn’t commonly done anymore.  There is a tremendous amount of political pressure put on police organizations by citizens’ groups (like MADD) to have a zero tolerance policy towards drunk driving.  Most police agencies now mandate an arrest for drunk driving unless there are extenuating circumstances.  In my agency, I would be REQUIRED by policy to arrest Mr. Brooks.  Many other agencies have similar rules.

You may think that is a bad policy.  I tend to agree with you.  I prefer not to arrest someone unless there is no other option.  That decision isn’t made by the cops on the street.  If you want cops to drive the drunk drivers they catch home, bring that up with your police administrators and city government leaders.  Those changes require high level policy considerations and most agencies aren’t willing to look “soft” on the issue of drunk driving.  The fact that you personally believe the officer should have driven Brooks home isn’t relevant with regards to the police officer’s policy directives.

Other folks have stated that the officers should have let Brooks run away as they already knew his identity and could file warrants on him later.  That is something many cops would consider for lesser crimes.  At the time he was shot, Brooks had just committed at least five violent felonies by attacking the police and robbing the officer of his Taser.  It would be a very poor public policy decision to require officers to allow violent felons to escape without attempting to capture them.  There is a concern about community safety when a violent criminal is roaming free with a stolen police Taser.

Besides that fact, the man was legally intoxicated.  Could you imagine the legal liability that would fall on the cops if they knowingly let an impaired person run away from the scene and potentially into dangerous traffic?  The man’s judgement was clearly impaired.  Once cops recognize that, they have a duty by both policy and law to act to protect that individual.  Cops can’t let drunk people go play in the traffic.

I’ll support society in general or a community in particular if they want to change the rules of police conduct.  If our citizens want us to take drunk drivers home and allow violent felons to go free without apprehension, I am willing to do just that.  With that said, society can’t change the rules in the middle of the game.  If officers are expected to arrest drunk drivers and violent felons, they can’t be expected to suddenly allow them to go free just because a particular arrest looks bad on camera.

My advice is to let the legal process play out before making any snap decisions.  This case had some messed up facts, but we should be allowing a jury, not the media or the mob, to decide if the fact pattern merits criminal sentencing.