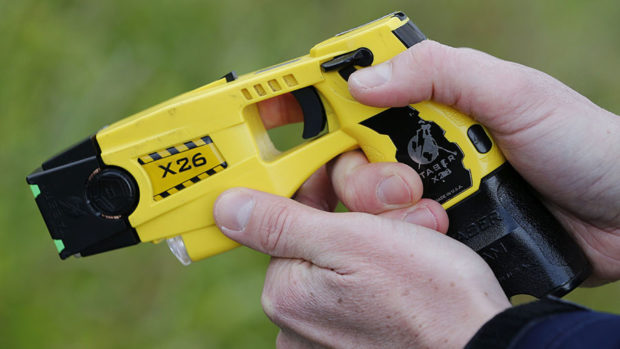 If you are a police officer or are interested in police use of force, you owe it to yourself to read The Vulnerable.  It’s one of a multi-part Reuters news report on police Taser use. 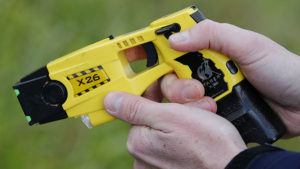 The Taser has rapidly become the “go-to” force option on most officers’ duty belts.  Training provided by the manufacturer insists that Tasers are safe and effective options for resolving violent confrontations.  Most officers consider it a badge of honor to “ride the lightning” by taking a five-second Taser shock during training.

The problem is that the research shows that the Taser isn’t really all that safe.  In this article, Reuters identifies 1,028 cases where criminal suspects have died shortly after being shocked by a Taser.  Taser literature will tell you that autopsy results have never conclusively ruled the Taser shock as the sole cause of death.  That may or may not be true, but it doesn’t change the fact that over 1000 people have died shortly after getting a Taser shock.

The study referenced in the link shows that certain groups of people are more likely to be seriously injured or killed after being hit with a Taser. This “high risk” population includes small children, the elderly, people with heart problems, and pregnant women.  The total population that fits in the “high risk” category amounts to 31% of Americans.

The real problem is that cops on the street can’t instantly identify people with heart problems or women who may be pregnant.  Cumulatively, almost 80% of the population COULD be in the high risk category.  How can officers identify these high risk subjects during the stress of a violent attack?  It’s almost impossible.

We now have evidence that using the Taser against the following populations has an increased risk of death or serous medical complication:

Cops tend to use Tasers on people who are acting violently and refusing to obey lawful commands.  Almost all of that population would qualify as being “agitated.”

Calm, rational, and compliant suspects tend not to be Tased by the police.  It’s impossible to know at the scene whether any suspect’s violent actions are the result of mental illness, alcohol, or drug consumption.  We also can’t immediately tell who is pregnant and who may have heart issues.  That makes it difficult for the cops to avoid using the Taser against a member of a “vulnerable” group.

So who should we use the Taser on?  That’s a question that most cops should think about deeply.

For what it’s worth, I completed my first Taser instructor class in the year 2000.  I have been instructor-certified on the Advanced Taser, M26 Taser, X26 Taser, and X26C Taser.  I have been user-certified on the Taser X2.  I have taken the shock from all of the devices except the latest version.  I am mandated by policy to carry a Taser every day at work.  I also provided all of the research and analysis that prompted my police department to make their initial Taser purchases.  I’m more familiar than most with the advantages and disadvantages of the technology.

With that said, it would be an incredibly rare occasion that I would actually use my Taser at work.  In my mind, it’s simply too big of a risk for a patrol officer to take in any but the most dire of circumstances.

While individual police leaders and trainers want the officers under their charge to perform well and avoid being injured, the ultimate root of all police training is liability transfer.  The training given to police officers is provided by the department or the political subdivision employing the officer.  In every instance, the training provided attempts to reduce liability incurred by the department or political entity and transfer that liability to the individual officer in the event something goes wrong.

It ultimately comes down to the department wanting to be able to say: “We told the officer to do this.” or “We trained the officer never to do that.”  True transfer of knowledge and proficiency is never assessed.  The agency simply wants to be able to claim that they trained the officer in proper procedures, regardless of how effectively that training is actually delivered or comprehended.  The city wants to blame the individual officer for any screw ups thereby insulating any of the command staff (or politicians) from negative repercussions.

So what does all this mean for the individual officer using a Taser?

Having been through the most recent version of Taser training produced by the company, I can attest that the training mentions the increased risk of serious injury, death, or medical complications when an officer shocks a member of a “high risk” or “vulnerable” population.  When the officer uses the Taser against one of these people (remember, this is potentially more than 80% of the population) and that person dies, who is to blame?

You guessed it: the officer.  Even though his “training” consisted of a single sentence on a power point slide viewed a year before, the officer’s brass will claim: “We told the officer to avoid using the Taser against anyone who may have heart issues.  The officer did not act in accordance with his training and will be disciplined.”  The city then settles the inevitable lawsuit by paying off the family of the decedent.  The officer is suspended, demoted, or fired.  The police bosses and politicians keep their cushy jobs.  The cycle continues until the next person dies.

So what’s the solution?

I’m not sure there is a good one.  I can only tell you what I have chosen to do about the issue.  This is neither legal nor tactical advice.  This advice is only my individual opinion and most certainly not endorsed by my employer.  I have chosen to only use my Taser in very particular situations to which I may respond.  I will not use it in any common “use of force” or criminal arrest.

If I have to fight a criminal, I will do it with my bare hands, my pepper spray, or my expandable baton.  I will generally not use my Taser unless those other options are ineffective.  I think it’s simply too risky given the science we now understand and the political environment in which police officers now work.

There are only a few situations where I will use my Taser at work.  One is where I have a lethal force cover officer and would otherwise be required to use my firearm to stop the attack.

I’m thinking specifically about a situation where a criminal is armed with a contact distance weapon (knife, club, etc.) but isn’t quite within range to use the weapon against me.  If I felt certain that I had another officer covering me with a firearm in a situation like that, I would consider using my Taser to stop the threat.  If the Taser fails or I miss, I know that my fellow officer will be able to shoot the threat if it proves necessary to do so.

In a situation like that, without the Taser, the suspect would likely be shot by responding officers.  Medical or demographic characteristics become more or less irrelevant at that point.  If the only other option is a potentially fatal gunshot wound, the Taser would certainly be a better option no matter how dangerous its shock may be or what “vulnerable” population the suspect claims to represent.

When the choice comes down to Taser versus gunfire, I’ll try the Taser if it is safe for me to do so.  That is the very essence of “objective reasonableness” that the Supreme Court requires in a use of force case.

Another situation where I would use my Taser is an obvious case of excited delirium.  The condition is caused by drug use or mental illness.  Suspects experiencing excited delirium become overheated, strip off their clothing, break glass, and act completely irrationally.  Struggling with these people for lengthy time periods has been shown to increase the chance that they will die.  In these situations, the quick use of the Taser (or a lateral vascular neck restraint) is the safest and most humane thing we can do to get these people under control.

Absent those two conditions and in a situation of lesser danger or intensity, I personally believe that an officer would be better off utilizing an alternate force option.  That means that if an officer wants to avoid being sued or prosecuted for a wrongful death after using a Taser, he or she must become proficient with less-lethal weapons and as an empty hand fighter.  Unfortunately, few officers will ever attain such proficiency.  Most officers use Tasers because they don’t feel confident in their empty-hand or less lethal weapon skills.

It’s the cycle of life for a street officer.

If you want to break that cycle, you must be smarter than your bosses.  Do the work to become a proficient empty hand fighter.  Hit the gym so that you become a more formidable physical presence.  And think twice before you pull the trigger on your Taser. 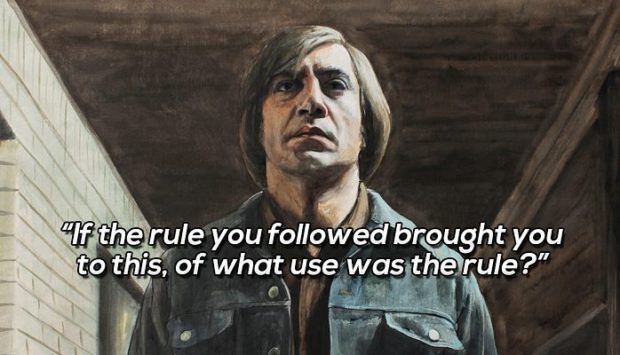