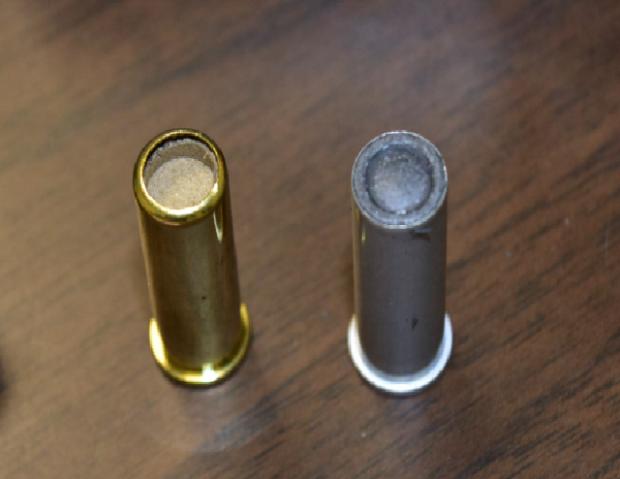 Did you read about last year’s negligent shooting in Florida where a police officer shot and killed a member of his community during a training demonstration?  According to THIS ARTICLE here’s how it happened:

“There is no evidence that Officer Coel intended to use lethal ammunition while participating in the role play scenario with Mary Knowlton on August 9, 2016. Furthermore, it is apparent that Ofc. Coel’s, and others’, inability to differentiate between blank firing cartridges and .38 caliber HBWC ammunition resulted in Mary Knowlton’s death.”

This is the consequence of hiring cops who aren’t “gun people.”  Most current cops don’t carry revolvers, have never seen full wadcutter ammunition, or shot ammunition loaded in aluminum cases.  Most police “instructors” know little more than the cops they train.  The Blazer wadcutters looked sufficiently “different” from the ammunition the officer was used to firing that he assumed the wadcutters were blank cartridges, leading to tragedy. 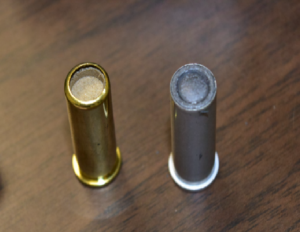 Blank on left. Wadcutter on right.