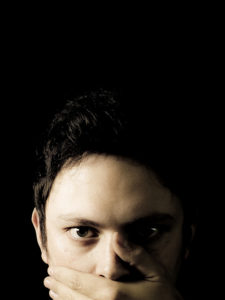 You’ve just shot the criminal who broke into your house and threatened you with a weapon. The threat has been neutralized and police have been called.  You’ve read my articles in the past, so you know it’s not a good idea to have a gun in your hand when the cops arrive.  When you hear the sirens, you secure your firearm in a safe place and meet police at the door with empty hands.

The cops initially handcuff you and ask you a couple questions:

“Where is the guy you shot?”

“Were there other attackers?  If so, where did they go?”

“Where did you put the gun?”

Police ask these initial questions so that they can quickly figure out what happened, capture any fleeing criminals and get medical help to the injured.  But make no mistake, the cops who are asking the questions are also looking to collect enough evidence to make an arrest.  That’s what cops do…arrest people when they have probable cause that a crime has been committed.  Have you considered how you are going to handle the post-shooting questions that police will ask?  It’s a very important issue to sort out if you don’t want to end up in the “people arrested” category.

There is a lot of debate on the proper course of action after a shooting.  Most people who shoot someone in self defense are good folks who want the officer to understand why they had to shoot. They talk and talk and talk, answering every question the officer asks and providing immediate written or videotaped statements.  That may not be the safest course of action.

The crux of the issue is that our brains don’t work very well when we are under extreme amounts of stress.  When the adrenaline is coursing through your system, it’s extremely difficult to calm down enough to allow for rational thought and clear recall.  No matter how cool and collected you may feel, you’ll likely make a mistake when answering police questions immediately after a shooting. Research has shown that the clearest memories of a stressful incident aren’t fully recalled until after two to three complete sleep cycles!  That’s several days’ time.  It’s for this reason that cops involved in shootings are generally not questioned until several days after the event.

You might think “Sure, I might screw something up.  Who wouldn’t after such a harrowing ordeal?  Won’t the prosecutor, judge, and jury understand that?”  Maybe.  Maybe not.  It’s best not to take the chance.

Let’s say that you answer all the questions the cops ask you.  One of the questions is “How many shots did you fire?”  You answer “I think I shot four times.”

Evidence at the scene establishes clearly that you actually shot eight rounds, but you didn’t remember firing them all.

When you are on the stand, the line of questioning from the prosecutor will sound like this:

“Is it true that you told officers at the scene that you only fired four rounds?”

He cuts you off

“I submit the autopsy report into evidence your honor.  The deceased has eight bullet wounds and all the recovered bullets match the rifling of the defendant’s handgun.”  Clearly the defendant shot more than the four rounds he claimed.”

Looking at you, “So we’ve shown you lied about the number of rounds you fired.  What else are you lying about?  The whole story about this man breaking into your house is a lie as well.  We believe you killed an innocent man in cold blood and then lied to police to establish your innocence.”

You can see how it can go downhill very quickly.  A statement about an innocent memory lapse can have very serious downstream consequences.

Don’t be quick to say “That will never happen to me.  I train to count my shots every time I fire my gun.”  I predict your bullet counting skills will seriously diminish when someone is trying to kill you.

I assisted in the investigation of a police-involved shooting in my department a few years ago.  Three officers fired their guns at a burglar who was trying to run them over with his car.  One of the officers fired one shot (and remembered it) before being struck by the car.  Another officer told me he shot 2-3 rounds.  When I took his gun for evidence, the magazine was down a total of six rounds.  The third officer initially stated that he didn’t shoot.  About an hour into the investigation, that officer came up to me and said, “Greg, I was thinking about everything again and I think I may have actually shot my gun.”  I examined his gun and its magazine was missing four cartridges.  And he initially didn’t even remember shooting!

Your memory is probably going to be screwed up for a couple days.  You don’t want to make any statements that can be used against you until you’ve consulted with your attorney and have a full (or as full as possible) recall of the incident in question.

It is for this reason that many lawyers and experts in the field advise their clients “Don’t talk to the police.  Don’t answer any questions, anytime.”  There are lots of popular video tutorials about how cops will use statements against the people who make them.

In general, this is better advice than the “answer every question” strategy, but it isn’t without risk.

Massad Ayoob once brought up a hypothetical scenario in a class I attended…..

Imagine you are being robbed at gunpoint on a city street in broad daylight in the summertime.  You draw your gun and shoot your attacker.  The attacker drops his gun and it shatters on the sidewalk.  It turns out that the gun you legitimately thought was real was actually just a water pistol.

The police arrive a few minutes later.  You tell them that you don’t want to answer any questions as you watch the water dry up and the tiny pieces of plastic get blown away by the wind.  By the time the evidence techs arrive, they find no evidence that your “attacker” was armed.  Can you see how this is problematic?  If you had answered a couple questions and pointed out the pieces of the broken gun to the responding officers, you likely wouldn’t be charged.  But you exercised your rights and now are being prosecuted for murder.

The police questioning process is a balancing act.  You don’t want to provide statements that may later turn out to be incorrect.  You also don’t want to provide evidence against yourself.  But your case would be strengthened if you could point out evidence that is in your favor and if you could provide a description of your attacker so that we can arrest him.  You are on the tightrope.

Most people err in providing TOO MUCH information to the police.  That’s why there are so many experts instructing armed citizens to “say nothing” to responding police officers.  Saying nothing is BETTER than saying too much but it may not be the BEST course of action.

I think Massad Ayoob provides the best advice here.  In his work as a police officer, prosecutor, and expert witness, he has seen it all and knows what works.  His suggestions in The Armed Citizens Legal Network Journal are as follows:

1.     Tell responding officers “I’m the victim; he is the perpetrator.”
2.     Tell responding officers, “I will sign a complaint.”
3.     Point out pertinent evidence.
4.     Point out any witnesses who saw what happened.
5.     If there is any hint that you are a suspect, say “Officer, you will have my full cooperation after I have counsel here.

Saying something like “Officer, this man attacked me and I had to shoot him.  I would like to file charges against him.” is probably a good start.  Follow Ayoob’s checklist by pointing out evidence, witnesses and suspects.  In particular, be sure to document any injury you have (however minor).  That evidence will be extremely useful in proving your position if you get charged.

After you do that, SHUT UP!  The officer will continue asking questions.  That’s his job.  You don’t have to answer.  Not incriminating yourself is your job.

Note that there is a difference between saying “I don’t want to answer your questions.” and “I would like to speak to an attorney before any questioning.”

If you say the first statement, the cop can keep asking you questions.  You just don’t have to answer them.  If you use the second phrase, the police officer must stop questioning you until you have spoken to your legal counsel.  If he does question you after you’ve invoked your right to counsel, the answers to his questions will not be admissible in court.

Don’t be a dick about it, even if the officer is treating you like a criminal.  It simply won’t help your situation.  Saying something like “Officer, I recognize that this is a very serious incident.  I’d like to speak to my lawyer before I answer any more of your questions.” will likely stop the questioning immediately while not making the officer biased against you.

If for some reason, the questioning persists, tell the officer that you are not feeling well and request that he call the ambulance to get you checked out at the hospital.

Recognize that if you invoke your rights or piss off the cops at the scene, you might get arrested.  That’s not what we want, but it’s not the end of the world either.  Don’t let threats of arrest get you to make statements outside of Massad’s guidelines above.  Oftentimes, the cop is bluffing.  Even if he isn’t, spending one night in jail before being bonded out the next morning is far better than saying something incriminating that gets you a life sentence for murder.