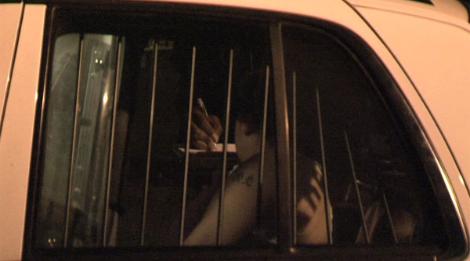 You and a family member hear noises outside the house at 12:30 am.  Suddenly, your electricity is cut off.  You think that someone is outside messing with your electrical hookup.

Your family member decides to go outside and check it out while you barricade yourself in your locked bedroom to call the police.  After a few minutes you hear noises outside your bedroom door.  You are certain it isn’t your family member who walked outside.

The same situation happened to a woman from Houston Texas.  Read about it at the link below:

The woman inside the house opened the door and began shooting at the human figure she saw moving in the darkness.  The figure fell to the ground, dead.  As she approached she recognized that she had shot her own cousin.  He was trying to steal from the house, but I bet this woman wishes she hadn’t fired her weapon so recklessly.

I hear it all the time from  shooters I train…

“If someone is in my house at night, they are getting shot.”

My new students justify their actions by telling me how they “know their house” and are keenly aware of the difference between the sounds of a family member and the sounds of an intruder.  They also tell me how they are justified under state law, especially in states that have “Castle Doctrine.”

Being legally justified doesn’t mean being right.  If you can avoid shooting someone (even where it is legal to do so), you should.

There are tremendous complications that could arise once you pull that trigger.  You will face legal scrutiny, you will likely be sued, your gun will be taken for evidence, and many of your neighbors and friends will stop talking to you because they don’t know how to act around a “killer”.

Have you ever thought how much the crime scene cleanup will cost you?  Even if you do everything right and win in court both civilly and criminally, you are likely to have to spend a whole lot of money on your defense.

Is it worth it?  Set your ego aside for a minute and think about whether you would be willing to pay $50,000 in legal fees to win your trials if you shot someone in your home.  I know I don’t have a spare fifty grand laying around that I want to donate to an attorney’s BMW fund.  I have a defense plan from the Armed Citizens Legal Defense Network, but I’d prefer not to have to use it.

Target identification is key.  If the person inside your house is not trying to hurt you, DON’T SHOOT!  Order him at gunpoint to leave your house.  If he doesn’t leave or attacks, then you know you’ve done what you can to avoid the shooting and take care of business.  If he leaves, call the police and let them do their job.  The hit your ego will take for “letting the criminal get away” is a much better outcome than paying out thousands of dollars to win the inevitable civil suit after the shooting.

Think about this woman. Do you think she wanted to shoot her cousin?  What would have happened if she yelled at him to get out instead?  Even better, what if she had used a high-powered flashlight to better identify the target before shooting?  If she had done either of those things, she likely wouldn’t have killed a member of her family.

Something else to ponder is the fact that not everyone who criminally enters your house is a threat to you.  I have responded to numerous calls as a police officer when a drunk person accidentally stumbles into the wrong house by mistake.  Does that guy need to be shot?  Probably not.

– Have good locks on your doors and windows and USE THEM!

– Install a solid core door with a deadbolt on your bedroom door.  It will buy you a little more time to make a better decision.

– Have a reliable firearm and bright flashlight together near your bed.  Practice searching and shooting with the flashlight and the gun.

– If you think someone has broken in, stay in your locked bedroom and call the police.  Yell out that you have a gun and order the intruder to leave the house.

If the intruder attacks, you will be in a more legally justified position to shoot.  If he leaves, you just saved yourself a whole lot of money!  Don’t allow your ego to dictate your response.  Most of the time it’s better to be smart than violent.