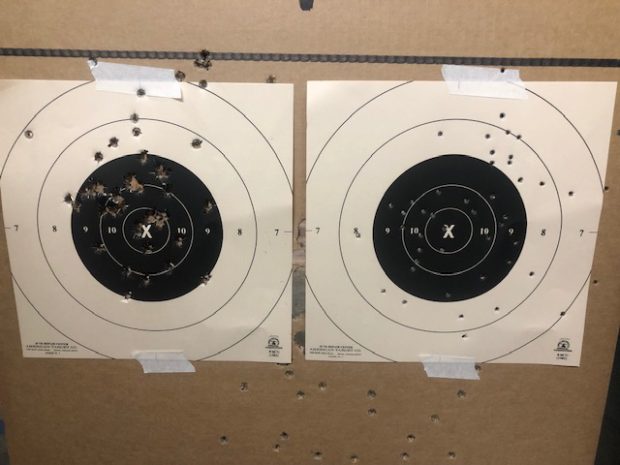 My stated practice plan this year was to begin each session with the Guerilla Approach Consistency Drill.  I ran the drill three times with my Glock 17 pistol.  I managed to do pretty well despite not having shot for two weeks previously. 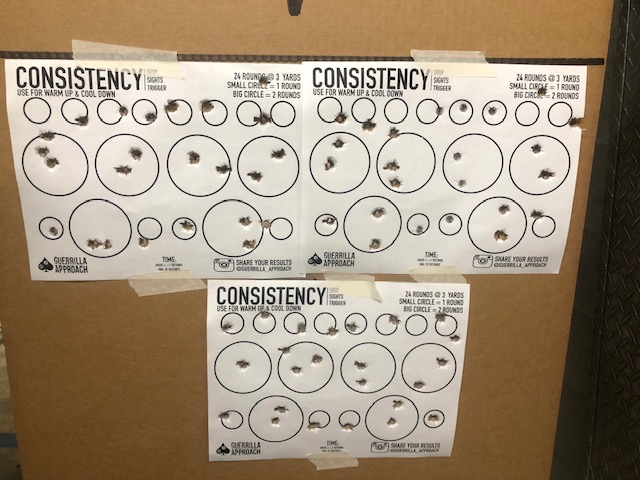 This was the first time I’ve run all three attempts under the par time of 25 seconds.

After completing the Consistency drill, I decided to work on some speed shooting with my Glock 17.  I did a version of AMRAP from the Draw.

I used B-8 Bullseye targets at seven yards.  My three shot time was (a slow) 2.79 seconds.  Rounded up to three seconds, I began trying to fire as many rounds as possible in that three second time frame.  The goal was to simply keep all the rounds in the scoring rings.  I was able to fire between five and seven rounds in the three second par time.

I then ran the same drill with my Smith and Wesson 351C .22 magnum revolver.  I set the same par time of three seconds.  I fired the drill seven times.  Each time I was able to fire all of the cylinder’s seven shots well under the three second limit.  Most runs were under 2.2 seconds.

I was actually surprised that I shot faster with the revolver than with my duty pistol.  Even though the Glock 17 doesn’t recoil much, it still recoils more than the 351C.  That .22 magnum has absolutely zero recoil or muzzle rise.  The sights simply stay on the target and I can work the trigger as fast as my finger will move. 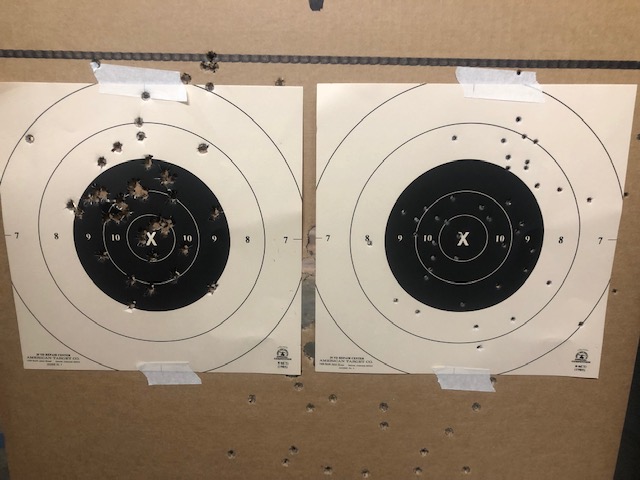 You may consider the .22 magnum a “mouse gun,” but I don’t think many people will stay in the fight after getting seven rounds in their chest in just over two seconds.