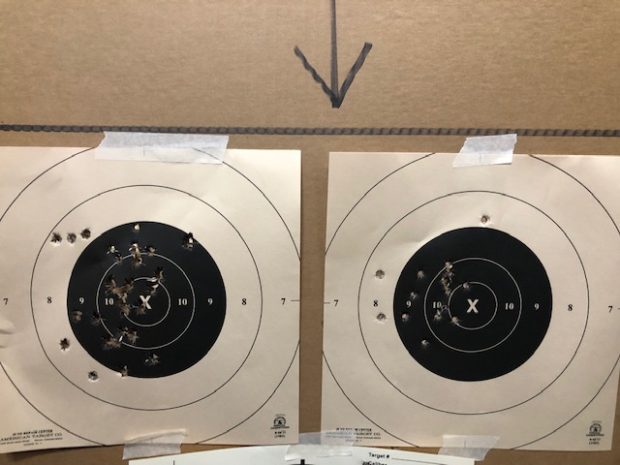 My stated practice plan this year was to begin each session with the Guerilla Approach Consistency Drill.  I ran the drill three times with my Glock 17 pistol.  It was pretty ugly. 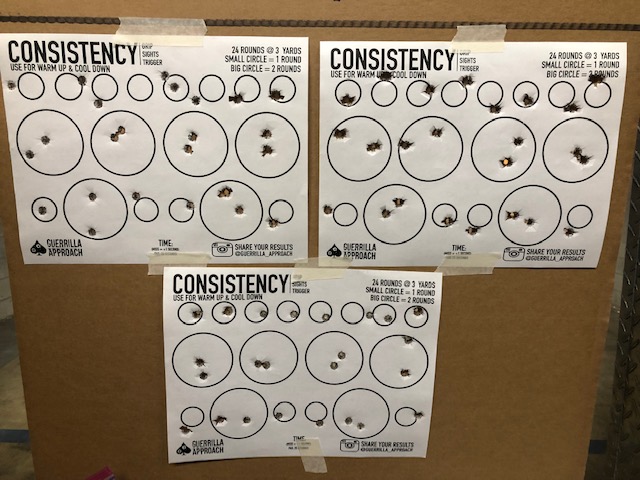 I ran a quick 15-minute shooting practice today after the Consistency drills:

I started with the Hardwire Tactical Super Test run with Glock 17 duty gun. I ended up with a 281/300. That isn’t horrible (270 is a passing score), but it isn’t my best performance either.  I really like the Trijicon XDR sights on my pistol.  The only thing I don’t like is the more dramatic point of impact change at longer ranges.  At about 15 yards and farther, I have to adopt a six o’clock hold on the bullseye.  I regularly forget that and send some shots high.

After I fired the drill with my duty pistol, I did the drill’s younger brother the Hardwire Tactical Snubby Super Test with my Glock 42 (I know it isn’t a snubby). 140/150. 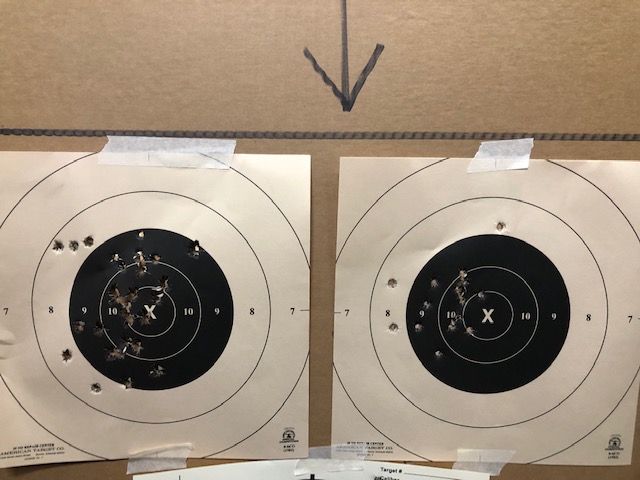 G17 on left. G42 on right. Pushing both groups left. I need more finger on the trigger.

As I am going down to Costa Rica next week, I wanted to get some revolver practice in.  The most commonly carried gun in Latin American countries is a four inch .38 revolver.  I always try to brush up on my revolver skills before I travel in the region just in case.

I picked out my favorite revolver (a Smith and Wesson pre-model 27 with 31/2 inch barrel) and ran the Snubby Super test once with .38 ammo and once with the gun loaded with .357 magnum ammo.  I scored 138 with the .38 loads and 139 with the magnums.  I think the score difference was based on the fact that I performed the .38 run first and that served as a “warm up” for the magnums. 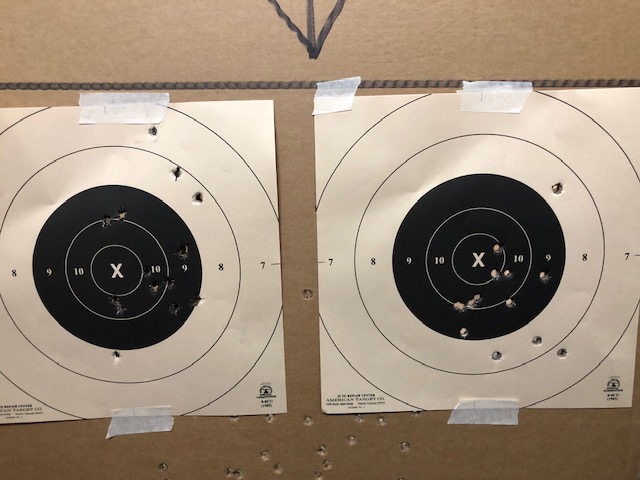