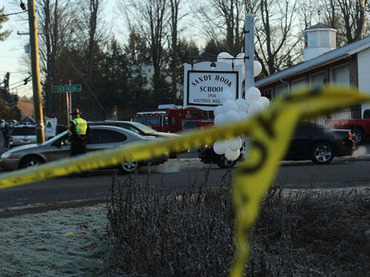 The officials investigating the Sandy Hook Elementary School shooting in December haven’t revealed much information to the public.  Last week, a source leaked an interesting development and that information was published in two different media outlets.  Check out the articles below for more details:

Read the articles.  They are short.

The information “revealed” isn’t a surprise.  I’ve been writing about this for years.  But it is a subject that most people don’t understand.

Often well-meaning but uneducated commentators blame the active killing phenomenon on mental illness, firearms, or bullying.  Each of those factors can play a role in any active killer incident, but they are not the most important issue.

It’s critical to note that all of the past shooters have had a single thing in common….they all craved notoriety.  They all wanted the fame that they only believed they could achieve if they racked up a higher “body count” than all previous shooters.

It isn’t about settling scores or righting a perceived wrong.  These killers only care about becoming infamous.  The quickest way to do that is to target the most defenseless group of people available and try to kill as many of them as possible before police arrive.

Killers obsessively study previous active shooter incidents.  They adapt their tactics based on the successes and failures of their predecessors.  Lanza was no different.  He studied the worst shooting incident to date (the Norway killings) and then concocted a plan to get a better “score”.  He did that by targeting the only victims that had no possible chance to fight back…elementary school students.

This obsessive study and planning may be the best indicator we can use to identify future shooters.  Pay attention to the youth in your life.  If they show an uncommon interest in past active killer events, don’t rationalize their research as morbid curiosity.  ACT!  Find out if the child is having mental health problems and get him some help.

This approach will save far more lives than any type of gun control legislation, mental health initiative, or school resource officer program.  And it’s free.  Let’s all give the children in our lives the attention they need and the help they deserve.  If we don’t, they’ll get the attention they crave by shooting up another school.

The choice is yours.