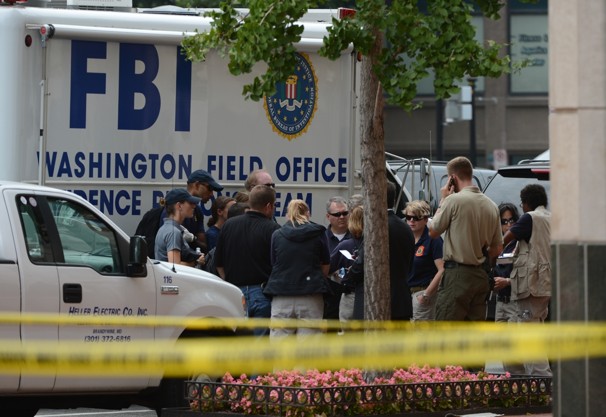 In the past couple weeks there have been numerous media reports about “active shooter” events all around the country.  Almost any time multiple victims are shot, it seems that the media is quick to report that it was an “active shooter”.

We’ve certainly had a couple of legitimate active shooters in the last month, one in Aurora Colorado, and one in a Sikh temple in Wisconsin, but others, despite media reporting, really don’t make the cut.  Although definitions vary, a good starting place for classifying these things is to define an active shooter as a person who is trying to kill or injure as  many people as possible in a public place in a relatively short period of time.

Two events last week were reported by the media as “active shooters” but really didn’t fit the bill.  One was near a college campus in Texas.  Several people got shot, but the victims were cops trying to evict a man who didn’t want to leave his house.  Not quite a random shooting of innocents in public.

The second one was just a couple days ago outside the Empire State building in New York City.  Initial reports stated that a man went on a shooting spree, killing or injuring eight people before he was killed by police.  After further investigation it was determined that the shooter laid in wait for his former boss, shooting him down in the street.  When cops arrived, he drew a gun on them and they returned fire, killing him.  The seven injured people were all hit by stray police bullets.  Again, not an active shooter situation.

We all know that in their haste to “break the story” the media often gets critical facts wrong.  But as I look at reports of these shootings and a couple others I’m going to describe, I can’t help but wonder if some of this erroneous reporting is evidence of agenda-driven bias by the “journalists” who create the story.  Let me explain…

The errors in the incidents above can be credibly explained by the fast that the journalists were attempting to report a story without having all of the facts.  The stories were reported as “active shooters” when they really weren’t.  Let’s look at a couple of other stories.  These also happened within the last two weeks.  They were active shooter events that were intentionally covered up by the media and either ignored or reported as some other type of crime.

In the first shooting, a woman walked into a grocery store in Washington State.  She drew a revolver and shot until she ran out of ammunition.  When the gun was empty, another shopper pushed the shooter to the ground and sat on her until police arrived. 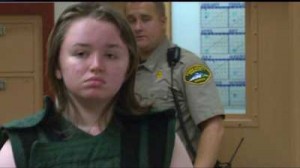 Check out the link below.  This one was reported as a “robbery” in both the article title and the graphic on the website.  There’s just one problem…the woman didn’t try to steal anything!  She just started shooting! 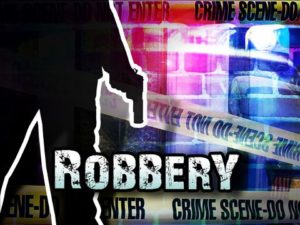 Was it really a robbery?

The article describes how the woman was actually targeting random men in her shooting spree, allegedly to punish all men because she had been abused as a child.

“All she told us was that she didn’t like the people she shot,” he said. “But we have no way of tying her to any of them.”

“The woman said she had been molested, and she just wanted to kill men and kill herself, but that she had run out of bullets,” Maureen Sikora said.”

That doesn’t sound like a robbery to me.  It’s definitely an active shooter, and likely to meet the definitions for a “hate crime” as well.  Yet the media sticks with the “robbery” story.

“Gunfire wounds three” is a little more accurate than reporting it as a robbery, but a more accurate headline might have been “Active Shooter Wounds Three in grocery store shooting before being stopped by unarmed shoppers.”  Why isn’t that news getting out?  Is it because the shooter is a female carrying a revolver who doesn’t fit the media’s biased ideas about active shooters?  This is actually very important news.  There have been an extremely small number of female active shooters worldwide.  I wonder how the reporting would have gone if the shooter had been a male armed with a Glock? 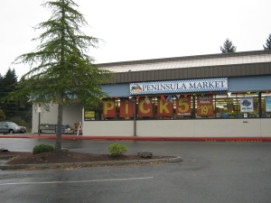 The grocery store where the “robbery” took place

The second shooting you likely didn’t hear about was in Washington D.C.  A man walked into the Family Research Council office building and began acting suspiciously.  A security guard confronted the man, who then drew a gun.  The guard and another man fought the intruder and held him for police.  During the process the guard was shot.  The shooter allegedly made statements criticizing the conservative politics of the organization.  Many of the witnesses believed that he would have likely started shooting people if the security guard hadn’t been so alert.  Read more about the story below: 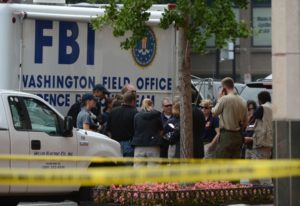 Not one single news agency reported this story as an active shooter event that was stopped by an unarmed man and a security guard.  Why not?   Could it be media bias again?  It seems that according to the media, only right-wing men who belong to a militia organization could ever be active shooters.  A left wing active shooter firing his weapon in the headquarters of a conservative organization barely makes the news.  I wonder how the reporting would be different if someone shot a security guard in the headquarters of The World Wildlife Fund?

In the period of less than two weeks, we see two stories reported as active shooter events when they clearly were not.  Two additional stories of true active shooters went unreported or categorized as a different crime.  Why is this happening?

I don’t know for sure, but I expect that the media only reports what advances their set social agenda.  Most media organizations publicly call for more gun control laws, more governmental intervention, and less individual freedom.  If the story doesn’t support those objectives, it gets suppressed.

Look at the first two cases.  The law enforcement shooting happened adjacent to a college campus.  That fits the stereotype of the active shooter, stalking innocent victims (who have similar demographic characteristics to the reporters themselves) at an institution of higher learning.  Thus it gets reported as an active shooter event, even though it wasn’t.  My guess is that if the exact same situation happened in a rural area or a ghetto, no one would have ever uttered the words “active shooter”.

The second story actually occurred just minutes after the mayor of New York City held a speech where he advocated tighter controls on firearms.  The good mayor doesn’t want anyone but the cops to be armed in NYC.  A story of a crazed gunman shooting innocent unarmed victims, plays into that agenda very well.  Inept police officers shooting innocent bystanders doesn’t.  Hence, it gets reported as an “active shooter”.

In the last two stories, the media script was flipped yet again.  If the media wants to demonize white males who own semi-automatic weapons as potential active shooters, a young girl with a revolver doesn’t help their cause. The story gets reported as a “robbery” not as an active shooter.  The same thing happens when a liberal killer  starts shooting up a conservative office.  It doesn’t advance the agenda that conservative white males are all “dangerous militia members”, hence the story gets buried.

Both of the two legitimate active shooter stories I mention were stopped when everyday citizens violently resisted and held the shooters for police.  But we know that our “leaders” and the national news media would never condone individual initiative, heroism, or righteous violence.  That doesn’t fit the plan.  We all know that we “shouldn’t resist” if we are ever attacked.  That’s a job for the government.  We mortals should never be encouraged to defend ourselves…those actions just don’t mesh well with the government/media propaganda line that only supports helplessness.

Wake up folks.  We aren’t being told the truth.  There’s always an angle.  And until you learn to analyze stories like these and think for yourself, you will just end up believing the social agenda that is being fed to you.