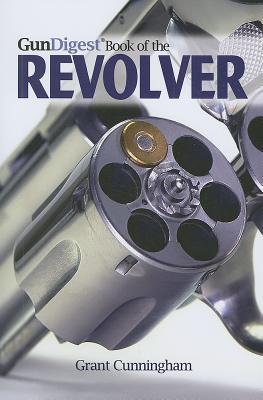 I know what you are thinking….who carries a revolver?  I do.  So do many other knowledgeable firearms instructors.  In a recent conversation with John Benner (founder of the Tactical Defense Institute), I learned that John relies on a revolver for his PRIMARY night-time home defense weapon!  That’s what is on his bedside table closest to where he sleeps.  He believes that if he is ever attacked while sleeping, it will be a very close range confrontation.  He chose a revolver because there is less of a chance for a malfunction in a contact distance shooting.  His logic makes sense to me.

There are some unique attributes to the revolver that make it more desirable than the autopistol in some situations.  Advantages like  simplicity, safety, and reduced malfunctions are important.  Besides, revolvers are cool.  They have a certain panache that modern polymer semi autos lack.

Unfortunately, shooting a revolver has become somewhat of a lost art.  I received my first revolver (a S&W Model 51 in .22 magnum) at the age of 12.  By the age of 16 I had additionally acquired a 4″ Smith and Wesson model 17 in .22, long rifle (cheaper to shoot than my magnum), a Colt Official Police in .38 special, and a S&W Model 19 in .357 magnum.  In my teens, I spent nearly every weekend shooting one of those guns.  I didn’t even own a semi-auto pistol until I graduated college and became a cop.  Revolvers were all I cared about.

It was shocking for me to see newer police officers unfamiliar with even the most basic revolver shooting techniques when I became a full time police firearms instructor.  Since the late 1980s when revolvers fell out of favor as police sidearms, I have seen a growing lack of comfort and knowledge about how to shoot them.  It makes me feel old when I nostalgically recall the old days when everyone knew how to run a wheelgun.

If you didn’t grow up with revolvers like I did, you’ll need to learn from someone who still has some of the “lost knowledge”.  There are a few classes available specifically for revolvers, but precious few books and videos address the topic.

That all changed when Grant Cunningham published his new book.  The Gun Digest Book of the Revolver is the best currently-available piece of writing that a revolver shooter can own.  Even though I’ve been shooting revolvers more than 30 years, I picked up some great new ideas. 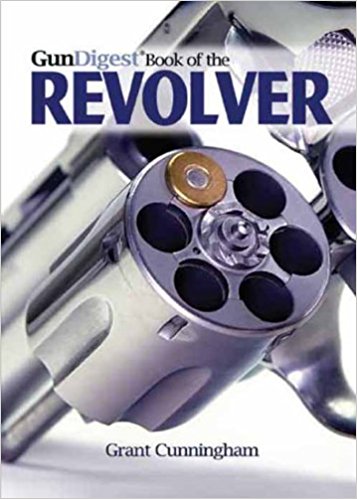 It is a 240 page book that contains everything you need to know to run a revolver like a pro.  Chapters include: “Mastering the Double Action Trigger”, “Reloading the Revolver“, “One-Handed Reloading“, and “Emergency Malfunction Clearance” among others.  If you master the ideas presented here, you will perform so well with your revolver that you might consider carrying it as a self defense piece!

My best advice is to buy this book if you currently own a revolver or want to learn more about them.  You won’t be disappointed.  And I won’t be the only person I know who still carries a wheelgun.

The Gun Digest Book of the Revolver can be purchased HERE