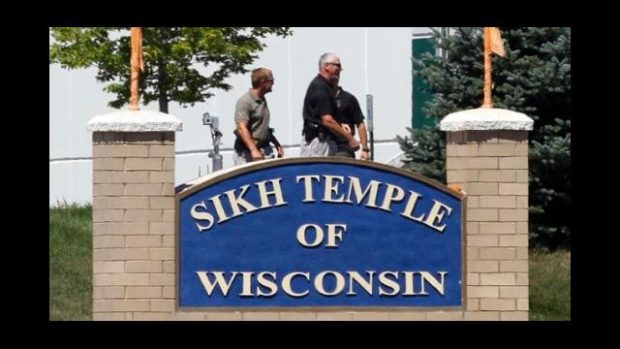 Yesterday, police officials in Oak Creek Wisconsin released dash cam footage of the Sikh Temple shooting.  The video is quite instructive for both police officers and any armed citizens who might respond to an active shooter event.  Watch the three minute video at the link below:

As you watch the video, here are some points to ponder…

1) The first officer on scene immediately went to the aid of several people who had already been shot.  It was initially reported that he was ambushed while providing first aid.  The video shows that to be incorrect.  It appeared as if he was with the victims just long enough to get intelligence on the shooter’s whereabouts. As soon as he knows the shooter is in the temple, he starts moving forward to engage.  That was a good decision.  Have you thought about how you would acquire intelligence about the shooter’s location if he isn’t immediately visible?  Getting intel from the victims is important.

2) Take a look at the situation the initial officer was in.  He was caught out in the open far away from cover when the gunman came out of the temple firing.  The gunman was on the offensive and the cop took a defensive role seeking cover.  Which option worked best?  Action generally leads to better results than reaction.  If you are caught out in the open, take the fight to the bad guy! 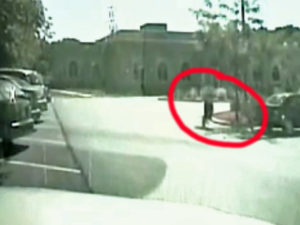 3) Look at the initial gunfight.  It appeared to me that it was a fairly long engagement by pistol standards (maybe 25 yards).  Both parties were moving fast.  Does your training prepare you to engage moving targets with your handgun at 25 yards?

4) The initial gunfight lead to the officer being hit 15 times and only three of those bullets were to an area covered by his body armor!  The officer stayed conscious and in the fight.  After the second officer shot the gunman, the first officer refused treatment for himself until the other victims were taken care of.  If you get hit in a gunfight, remind yourself of what this officer did and continue to fight.  Gunshot wounds are not automatically fatal! 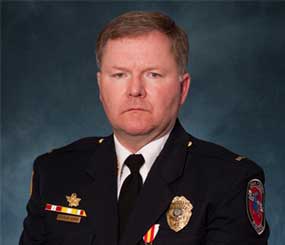 Lt. Brian Murphy was shot 15 times as he attempted to stop the killing

5) The second gunfight occurred at a distance of more than 75 yards.  If you are a police officer, do you carry a rifle in your car?  If not, place yourself in the second officer’s position and ask yourself if you would take the shot with your handgun, or close the distance.  When is the last time you practiced shooting 75 yard shots with your pistol?  If you can’t make that shot, how would you close the distance without getting yourself hit?  If you are an armed citizen, ask yourself the same questions.  They are even more important in this context than the answers a uniformed officer might give.  As an armed citizen, you most likely won’t have quick access to a rifle.  Could you solve the problem at that distance with your carry gun? 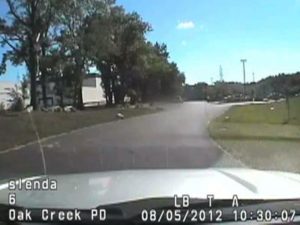 View from the second officer’s position. The gunman was near the cars in the upper right portion of the photo.

6) The second officer gave multiple verbal commands to “drop the gun” as the gunman fired upon him.  There is a time to talk and a time to shoot.  Once the killer has already shot a fellow officer and fired a couple rounds at you, I say the time to talk is over.  Concentrate on making a fast and accurate shot.  Yelling will just break your concentration and disturb your aim.  Would you have given as many verbal commands as the second arriving officer?  What about as an armed citizen? Are you obligated to give verbal warnings before taking a shot in this situation?

These are just a couple critical points that stood out to me as I watched the video.  There are likely numerous things I missed.  Go back through and watch the video one more time.  Place yourself in the position of the responding officers.  What would you have done differently?