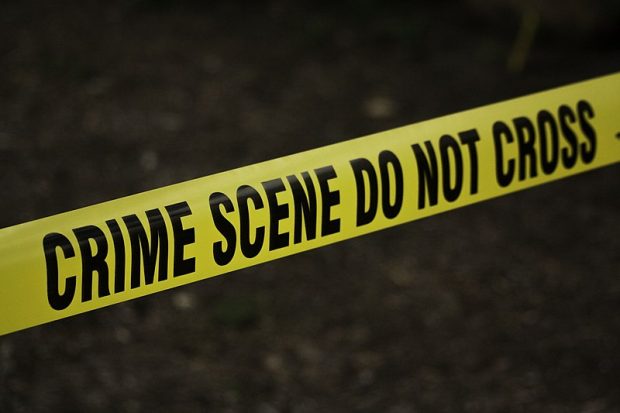 * At last weekend’s Gunsite Revolver Roundup I was talking with some current and retired cops about the best advice they would give to someone starting out in a police career.  They mentioned a piece I wrote on Facebook a couple years ago about being a “crime scene tourist.”

I realized that I had never made that piece an actual article on my site.  I updated the article and posted it below.  It’s the single best piece of advice I could give to a new cop.  Please share it with any friends or family members who wear the uniform.

In 25 years of police work, I saw my share of dead bodies.

I’ve seen suicides, homicides, accidental deaths, and natural deaths. I’ve seen dead bodies shot with rifles, shotguns, and handguns. I’ve seen strangled bodies, electrocuted bodies, and decapitated bodies. I’ve seen fresh natural deaths as well as corpses so decomposed that the skin stuck to the hardwood floor where the man collapsed. I’ve seen a body cooked in a hot tub for a couple days, bodies charred beyond recognition from car fires, a body fished out of a reservoir after two weeks, and a body that had been partially eaten by the family poodle.

I’ve been blessed to have a constitution that isn’t negatively affected by the presence of dead bodies. I got my first dead body call on my second night on patrol. Despite the fact that it was the first corpse I had seen outside a funeral home, I was slightly shocked to realize that it wasn’t a big deal. Bodies just don’t bother me.  I gladly volunteered for the job of taking all the new police officers to watch their first autopsies  at the medical examiner’s office.

No one likes the smell of a decomposing body, but I’ve never vomited after seeing a decomposed corpse. I’ve never had any nightmares about all the death I’ve seen.  I don’t have PTSD.  Like many of you reading this, I simply did my job in the face of horrific crime scenes and never let what I did get to me.

Or so I thought…

In the past six years, I’ve made four trips to the Amazon jungle to study under the guidance of native “curanderos.” The curanderos are plant medicine experts who facilitate physical and mental healing using traditional indigenous rituals involving mind-expanding jungle plants. One of the things I’ve learned in my study with them is that we are truly a composite of all of our thoughts and experiences. That seems self-evident, but it really merits some exploration.

During some of the healing sessions, I re-lived many of the traumatic death scenes I experienced in my police career.  Incidents I had long forgotten came back as vividly as the day I originally experienced them.  Seeing that trauma again sparked some insights about how those scenes affect responders at a deep psychological level that we don’t often recognize.

EVERY single thought and experience alters your brain and changes your future. Your brain doesn’t just ignore negative images or experiences. You may not consciously be aware of it, but those experiences are stored in your memory and will alter your future actions and perceptions. The more negativity you experience, the more likely you will think negative thoughts in the future. You really can’t control the process.

You may not recognize it, but a lifetime of witnessing trauma and negativity will inflict some damage to your psyche. I’m honestly surprised that there aren’t more manifest symptoms of mental illness in our long serving police officers, soldiers, medics, firefighters, and hospital staff. Being exposed to a constant barrage of trauma and negativity will alter your thought processes in a profound manner.

As you age, thinking about the crime scenes you witnessed in the past will evoke emotions that weren’t present when you originally responded to the call.  I was a slow learner.  It took me nearly 20 years to figure this stuff out.  Once I finally got it, I vowed to stop responding to traumatic calls where my help wasn’t needed.  I didn’t dodge calls or shirk my responsibilities.  If I was dispatched to a nasty scene, I handled my business as I was expected to do.  I just stopped going to those horrible scenes where my presence wasn’t a necessity.

I distinctly remember when I consciously made that change.  I had just returned from a trip to the jungle when dispatch aired a “check the well being” call. When officers got to the scene, they found that the person they were sent to check on had just shot himself in the head with a 9mm pistol. It was a suicide that happened only moments before the officers arrived.

I was the farthest officer from the call and I wasn’t dispatched. The other officers didn’t need me, but I could have jumped the call.  At one point in my career I would have done so, showing up just to view the dramatic death scene under the guise of “helping.”    With that call, I stopped doing that.  No more crime scene tourism.  All those scenes affect you, especially when you think they don’t.

For those of you working in professions where you are exposed to constant pain and trauma, take some efforts to insulate yourself from the negativity as much as possible. You really don’t have to check out every gory crime scene. In fact, you will be better off if you don’t go courting those negative images. Those scenes are stored in your brain forever and will universally alter your future, even if you aren’t currently conscious of their effects.

I gave up being  a “crime scene tourist”  and I became a better officer having done so.  I stopped running on traumatic scenes if I wasn’t needed.  I worked to preserve whatever tiny bit of positivity I had left in my brain to ensure a more productive future.  Now that I’ve been retired for a while, I’m very glad I did so.

The nature of your occupation ensures that you will experience more negativity, hatred, death, and trauma than 99% of the world’s population.  There’s no need to go voluntarily inviting more.

Please take my advice.  Answer your calls.  Help your co-workers.  Do your job.  Try your best to avoiding viewing or experiencing unnecessary trauma.  Don’t ask the detectives to look at those crime scene photos.  You really don’t need to see every dead body in your jurisdiction.

Your future self will be grateful.