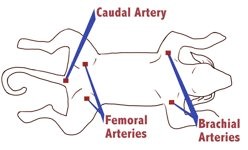 This is a guest article from Dr. Lauren Pugliese.  Lauren is a DVM and board-certified small animal veterinary surgeon.  After her wildly successful pet first aid classes at the Lone Star Medics Field and Tactical Medicine Training Conference, Lauren has been contacted by several students asking for followup information.  Lauren wrote this article (and one more which will be published soon) to share with my readers and her students.  If you have a dog, you will certainly find the article useful.

In most field and tactical medicine scenarios, the tourniquet is the aid provider’s best friend (https://www.activeresponsetraining.net/not-all-tourniquets-are-created-equal).   Despite its critical role in human medicine, the tourniquet isn’t the best option for man’s best friend. In my experience, and in the US Military’s experience with working dogs, tourniquets are not usually necessary to control severe bleeding in dogs. The most likely reasons for this include the fact that each limb of a dog receives a smaller percentage of blood to it than the comparable limb on a human, as well as the fact that the dog’s body covers the femoral artery and axillary artery keeping them more protected than their equivalents would be in a human.  There is simply less of a chance that a major blood vessel will be damaged in a dog than in a human. 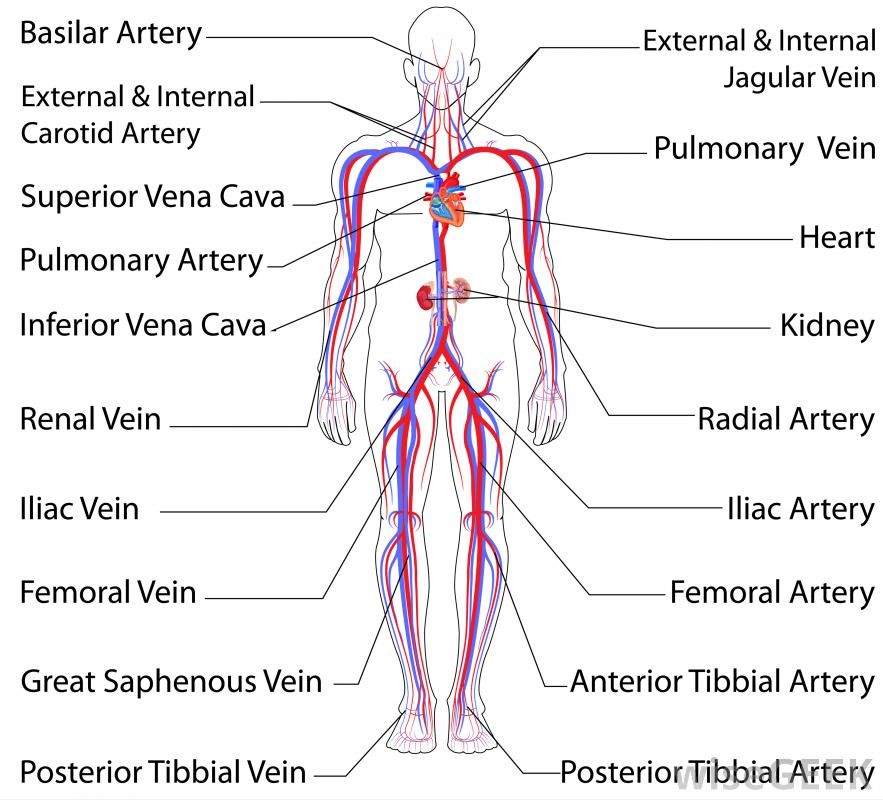 In the pictures, you can see how the major arteries in a dog are tucked close to the body and when the dog is normally standing, the bulk of either the arm or the leg cover these areas. In the human, there is less body mass overlying the major vessels making them more prone to injury.

If there is spurting arterial bleeding in a dog, a tourniquet can be considered. However, it needs to be placed very high on the limb to be effective. 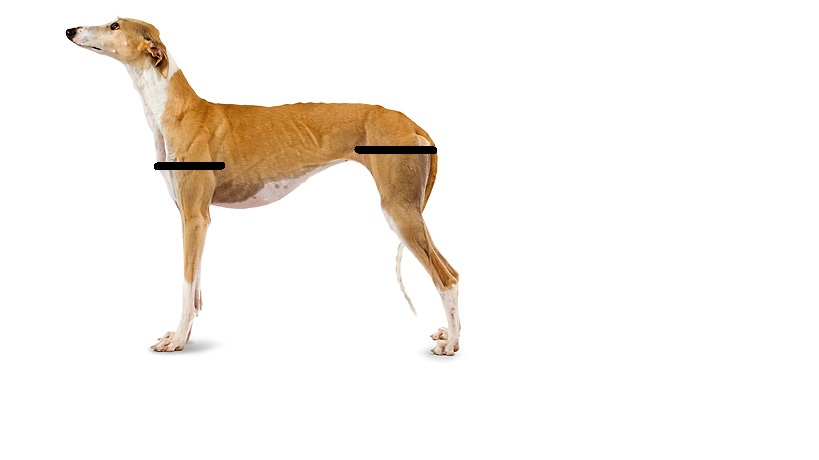 In the above picture, the lines represent the level a tourniquet would have to be placed on a dog to effectively control blood flow to the limb. It is really high up! You want the tourniquet to be above the shoulder joint in the front limb or over the top of the thigh bone (femur) in the hind limb. If you notice, a dog’s leg has a pretty significant funnel shaped taper to it as well, which will mean the tourniquet is likely to slip. Because the limb is smaller in diameter as you move towards the toes, this means if the tourniquet slips, it will instantly be too loose.

The general human tourniquets will be of an optimal size for a medium to giant breed dog. If applied, they should not be used for more than two hours. Some of the commercially available human tourniquets can be tightened enough for a small breed dog such as a Chihuahua. Dogs with very short legs will also be very difficult to place a tourniquet on (Basset Hound, English Bulldog) because the thick thighs, short limbs, and low hanging body will make keeping a tourniquet in place nearly impossible.

The TK-4 or SWAT-T tourniquet may be an option for tiny dogs as you can adjust their diameter to any size.  It would still be challenging to apply  any elastic tourniquet to certain limb conformations or to very small dogs.  Improvised tourniquet techniques with a wide band fabric and windlass may be more effective than the commercially available elastic tourniquets. However, as discussed above, the overall utility of a tourniquet in a dog is probably pretty limited.

Research indicates that tourniquets may be of some utility in dogs, but the situations where tourniquets are effective are somewhat rare.

Even if it isn’t used for hemorrhage control, your tourniquet may have a few other really helpful uses. An injured dog is more likely to bite in fear, pain, or stress. When looking at the military protocols for managing trauma in the military working dogs, like in humans, the MARCH protocol (Massive Bleeding, Airway, Respiration, Circulation, and Head Injury/Hypothermia) is applied but revised. An additional “M” is added as a reminder.  That additional “M” stands for “muzzle.”

Muzzling your dog effectively can help to reduce the risk of injury to the care provider and allow for safe handling. If you do not have any other material, you can use your tourniquet as a muzzle. Additionally, a triangle bandage, belt, leash, tie gauze, or other long fabric would work. If you only have a CAT or Soft-T tourniquet and a triangular bandage, the tourniquet can be your muzzle and the bandage may be more effective to use on the wound itself. You can also use your human tourniquet as a leash to help control your dog while you walk it to safety.

Since a tourniquet is most likely not going to be as useful on a dog as it would be in a human, you will need to rely on other methods to control hemorrhage. If bleeding occurs in the dog, similar human basic first aid principles apply. Applying direct pressure to the wound is the first step. If the gauze pad is soaked through, then apply another absorbent padding on top of the first without removing it. You do not want to disturb the blood clot that may be forming by ripping it off with the gauze. This can be secured in place while you transport your dog.

Alternatively, putting pressure on the femoral artery or brachial arteries may help. This can be done by just laying your hand over the vessel, either in the dog’s inguinal area or his armpit, and pushing your hand towards the leg. You are trying to occlude the vessel between your hand and the bone in the leg. This usually is only practical for a short period of time but may allow you enough time to get a bandage or pressure dressing applied to the wound.

If your dog is lying down, you may be able to apply pressure, apply a pressure dressing, and/or elevate the wound. The idea here is to use gravity to your advantage. The limb has to be above the level of the heart for this to work, so it won’t work if you have to carry your dog or if your dog is standing up.

Since most wounds occur on the limbs, a bandage may also work to cover the wound and control the bleeding. From your first aid kit, an absorbent layer of gauze or fabric can be held in place with an ace bandage. It is important to wrap the entire limb from the toes to an area higher on the limb than the injury. Wrapping the whole limb will help to prevent painful swelling  and limit the chances of causing damage to the leg.  Bandaging skills will be covered in a future article.

There are clotting agents made for dogs. These include Celox Veterinary gauze and Pet Clot.  I have never used them but they would be used similarly to human hemostatic gauze agents. You can pack them in the wound and there are pro-clotting factors in the material that would help stop the bleeding. They also sell styptic sticks and clot powder for torn toe nails but these agents will not stop bleeding from a more serious wound.

If your dog is injured, he is probably in pain. It is important to not give him aspirin. Aspirin will actually decrease the ability for blood clots to form for approximately five to seven days.  This is not going to help at all. Additionally, ibuprofen, naproxen, and acetaminophen can be toxic for dogs. There are few effective and safe over-the-counter pain meds that work in dogs, so the best option is to move quickly to get your pet some veterinary help.

In summary, first apply direct pressure or a pressure bandage to help stop the bleeding.  Elevation of the limb may also help to slow the blood flow. Tourniquets can be used, but you will most likely have better success with a tight bandage. You can monitor the gum color, heart rate, and capillary refill time of the gums to assess blood loss. Pale gums, a high heart rate, and slow capillary refill time are indications of significant blood loss.