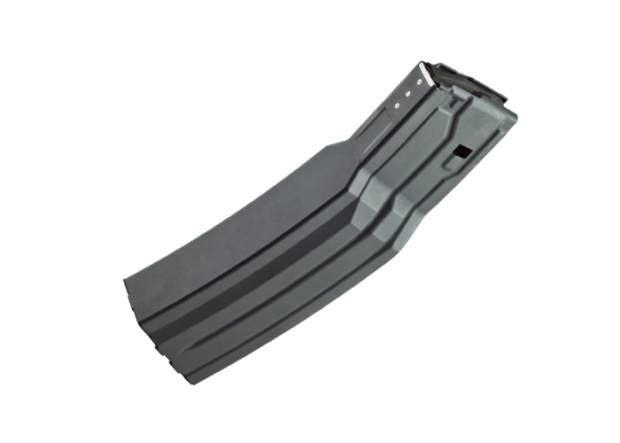 I recently purchased one of SureFire’s 60-round AR-15 magazines.  SureFire made some big waves when they announced them last year.  There have been other companies that have designed higher capacity AR-15 magazines, but most aren’t very reliable.  SureFire promised to change that. 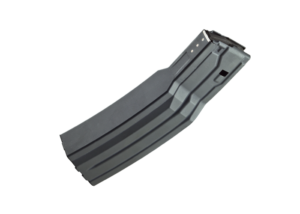 I waited until the inevitable bugs in the initial production were worked out and then I bought one.  I am pleased so far.

“The SureFire high-capacity magazine for 5.56×45 mm (.223 Remington) ammunition, also available in a 100-round version, is compatible with M4/M16/AR-15 variants and other firearms that accept standard STANAG 4179 magazines. Constructed from Mil-Spec hard-anodized aluminum, they feed smoothly and reliably due to optimal geometry, non-binding coil springs, and ingenious nesting polymer followers. The long-lasting springs are cadmium coated for low friction and excellent corrosion resistance. Magazines require no lubricants and can be easily disassembled without tools for cleaning.

They state that the magazine is 1.66 inches wide and weighs 6.4 ounces unloaded.  A full compliment of ammunition brings its weight up to 2.2 lbs.

I wanted to give the magazine a good workout before pronouncing it fit for duty.  I had the perfect opportunity while conducting a rifle training session with my police department.  I handed the new magazine to every shooter who wanted to try it.  Over the course of nearly a month, we shot that magazine in a total of 11 rifles including those made by Colt, Smith and Wesson, LMT, Stag Arms, DPMS, Rock River, and Bushmaster.  Many of the rifles were Class 3 law enforcement guns, so there was even some full-auto firing.

During the testing period we fired the following rounds from the magazine:

In total, we fired 1350 rounds.  We only experienced ONE malfunction!  A single cartridge failed to fully chamber in an LMT rifle.  The rifle was pretty dry.  We lubed the gun and didn’t have any other problems.

One questionable malfunction in over 1000 rounds through multiple (sometimes poorly cared for) rifles is clear enough proof of reliability for me.  The mag is now loaded and I’m carrying it on duty.

I got mine from Brownells and it was around $85.  It’s an expensive magazine, but I think it’s worth it.  If you are in the market for an ultra-high capacity AR-15 magazine, I think you’ll like this one.