I hear this statement with some regularity from some of my students and the folks who comment on the articles I post.  Have you ever actually tried to hold someone on the ground when they don’t want to be held?  It’s not as easy as you may assume.

I was reminded of this fact when I was watching one of the videos on the Active Self Protection YouTube channel.  Watch the embedded video below.  The two guys disarmed their attacker and are attempting to hold him for police.  Despite the fact that the defenders were using strikes, they still had a rough time keeping him on the ground.

As John says: “Holding someone against their will is harder than you think it is.”

I can recount numerous arrests in my police career that have required half a dozen cops to hold the suspect down and wrestle him into handcuffs.  I recall arresting one guy who was trying to do a home invasion by kicking in the front door of an apartment.  He was calm until I put handcuffs on him.

As soon as he was cuffed, he went crazy.  It took everything that me and the two other cops on the scene had to hold him down on the ground.  I dumped a whole can of pepper spray in his face.  It didn’t faze him.

Even though the criminal was handcuffed and pepper sprayed, he still fought three cops for more than eight minutes until he finally just gave up and allowed us to carry him to the police car.

It’s easy to restrain someone when you knock them out or choke them unconscious, unfortunately those tactics are rarely justified when you are attempting to detain a minor criminal for the police.

A pretty big guy in his mid 40s went out to a late movie with his two college-aged sons who were home on spring break.  As they got home about 3:00am, they found a teenage burglar in their garage, attempting to steal a car.  We later found out that the teen had also burglarized two other houses nearby and was trying to get a car to haul away all his loot.

The kid ran as soon as he was discovered.  The homeowner and his two sons took off in pursuit.  The homeowner ran the kid down and tackled him on the sidewalk.  He and his sons held the burglar while the homeowner’s wife called the police.

I was the first cop to arrive about five minutes later.  They were still struggling with the 17-year old kid and the homeowner had punched the kid once, likely breaking his nose.  The kid was still fighting.

I got the home invader in cuffs and arrested him on multiple counts of burglary.  Neither his father or his mother could be bothered to come pick the juvenile suspect up, so we incarcerated him in the local juvenile detention facility.

A couple weeks later, both the homeowner and I were served with lawsuit paperwork alleging that we had broken several bones in the suspect’s face, broken his collarbone, tortured him, and purposely denied him medical attention.   It was the first time I got sued as a cop.  It wasn’t very fun seeing my name on the front page of the local newspaper being accused of torturing a juvenile prisoner. 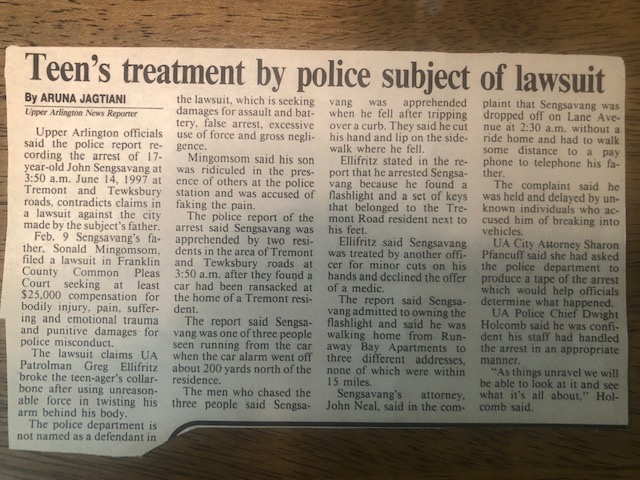 Our side filed for discovery to get the kid’s medical records (he refused medical attention at the jail).  Shockingly, there were none.  The parent who filed the lawsuit dropped it shortly thereafter.  I wasn’t too worried because the city was paying my legal bill.  How do you think the homeowner felt?  He had to hire his own attorney to defend himself. 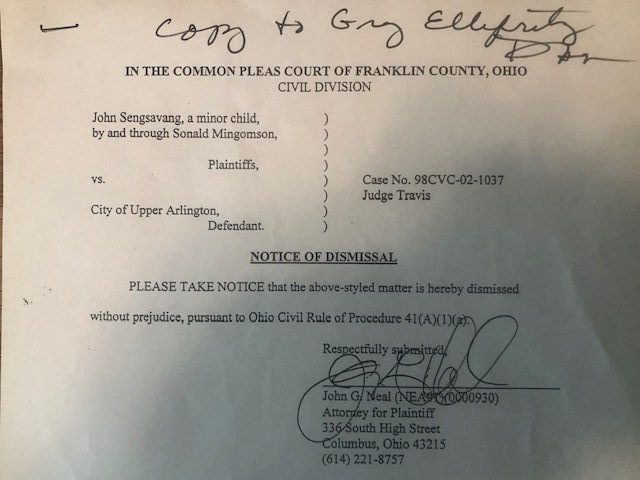 Did you ever consider that something like that could happen when you are “just holding him for the police?”

Take a look at the video below.

It’s video of a demonstration I did when teaching the Citizens Police Academy at my police department.

I taught all the students the mandatory state police academy defensive tactics curriculum covering pressure point controls and joint locks. After they were proficient, I challenged them to apply the techniques they learned against a resisting opponent (me).

Their goal was to get my hands behind my back in a cuffing position without striking me. I would resist, but wouldn’t actively attack any of them. We started with one person and then added another person about every 10 seconds until they got me under control. You can easily see how many people are necessary to control a person who doesn’t want to be controlled without hurting him.

The first is that you should not be single-handedly trying to restrain a criminal and hold him for police.  His motivation to escape is far greater than your motivation to see him in cuffs.  Wrestling with someone on the ground is a dangerous activity.  You don’t know his skill levels, whether he is armed, or what kind of drugs he’s been taking.  It could go really badly.

It’s almost always safer for you to let the criminal go, get a good description of him, and let the cops catch him instead.

The second point is to cut the cops some slack when you see five of them trying to restrain someone.

I regularly hear folks say something like “it shouldn’t take five cops to arrest one criminal.”  When a large number of cops is struggling with a single bad guy, it is commonly called the “pig pile” or the “polyester bounce house.”   On it’s face, it appears excessive and unreasonable.

It is generally not.  Recognize that if multiple officers are trying to control a single suspect, they are purposely trying NOT to hurt that suspect.  A single officer could either choke the guy out or hit him in the back of the head with a baton and get instant compliance.  Those tactics aren’t justified in most situations.

If the suspect is actively resisting, but isn’t physically attacking the officers, strikes of almost any kind would likely be ruled an unreasonable use of force.  In those situations, the “pig pile” is actually the least harmful way to control a resisting prisoner.  It just looks bad.

Sometimes it’s hard for half a dozen trained cops to restrain a resisting suspect.  Why do you think you can do it all by yourself without any training?

There are too many downsides to restraining a criminal suspect and holding him for the police.  I’ve struggled with lots of suspects over a 25-year cop career.  When I retire in seven weeks, I can guarantee you that as a private citizen,  I will never be doing it again.