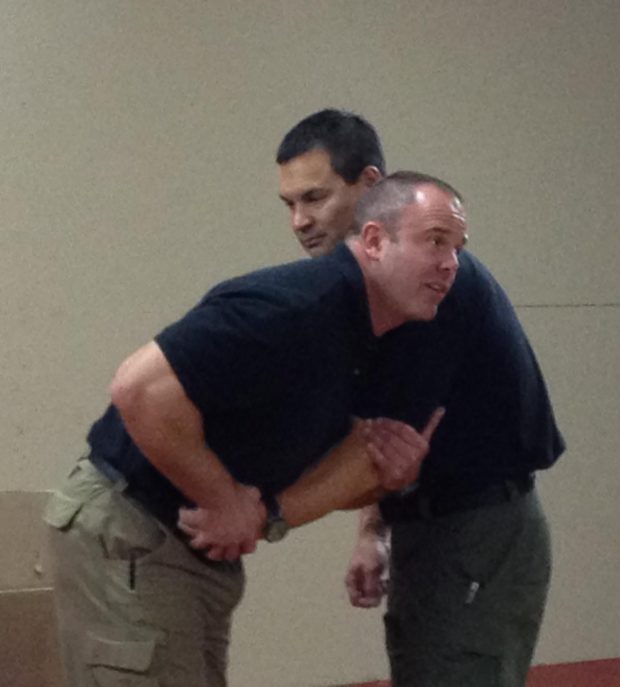 This is a guest post from my friend Steve Moses, owner of Palisade Training Group.   He was the guest author of  a very well-received article on shotguns for home defense I posted last week.  Since you all liked Steve’s contribution, I’m going to publish this one as well.

It covers a topic that many CCW carriers are reluctant to address.  The fact is that if you want to be a formidable opponent in any fight or attack, you need more than just a CCW class and a pocket pistol.  Like it or not, you must have some empty hand skills to be able to stay in the fight long enough to get your blaster in play.

This article addresses the MINIMUM level of training that Steve (as well as myself and most top-tier combatives instructors) would recommend.   Look at the list of primary fight priorities Steve has created.  Are you competent enough with your unarmed fighting skills to achieve those goals?   Carefully consider the points Steve makes.

I’ve taken several of Steve’s classes at the Rangemaster Conferences we’ve both taught at over the years.  Steve is a very thoughtful and competent instructor and I recommend his material highly.  If you are down in Texas, check out some of his courses 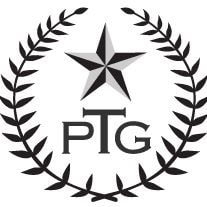 Let’s get right into it…

MINIMAL EMPTY HAND SELF DEFENSE SKILLS FOR THE CONCEALED CARRIER

A recent article that I wrote for CCW Safe titled “The Rule of Threes” pointed out that the average distance criminal assaults occurred was maybe as close as three yards.  Concealed carriers whose sole defensive option was a concealed handgun are likely at a great disadvantage when it comes to dealing with a motivated attacker who suddenly initiates an assault using his (or her) bare hands, a concealed edged weapon, or a blunt instrument.

This brings up several questions:

1.     Do most concealed carriers understand how important conversation-distance defensive skills are?

2.     What should concealed carriers learn when it comes to dealing with potentially dangerous contacts at conversation distances?

3.     Where can concealed carriers learn how to deal with sucker punches, edged weapon attacks, ground-and-pound attacks, and safer methods for accessing a handgun or defensive knife while entangled with a stronger, younger, or otherwise more capable attacker?

Most concealed carriers do not have the time or motivation to study immediate-action empty hand responses to short-range attacks in which the attacker was not employing a handgun. This means that the average concealed carrier probably does not possess the skills and knowledge needed to competently deal with real-world violent attacks in which immediate use of a handgun is not possible.

Concealed carriers should think about not going to the gun immediately if forced to deal with an attacker when the distances are too close.

* Editor’s note:  Please check out the video below for an example depicting the consequences of “going for the gun too quickly.”  The guy in the gray colored hoodie makes a “timing error” and tries to draw his gun.  The attacker, who was in a dominant position, took the defender’s gun and shot at him with it. 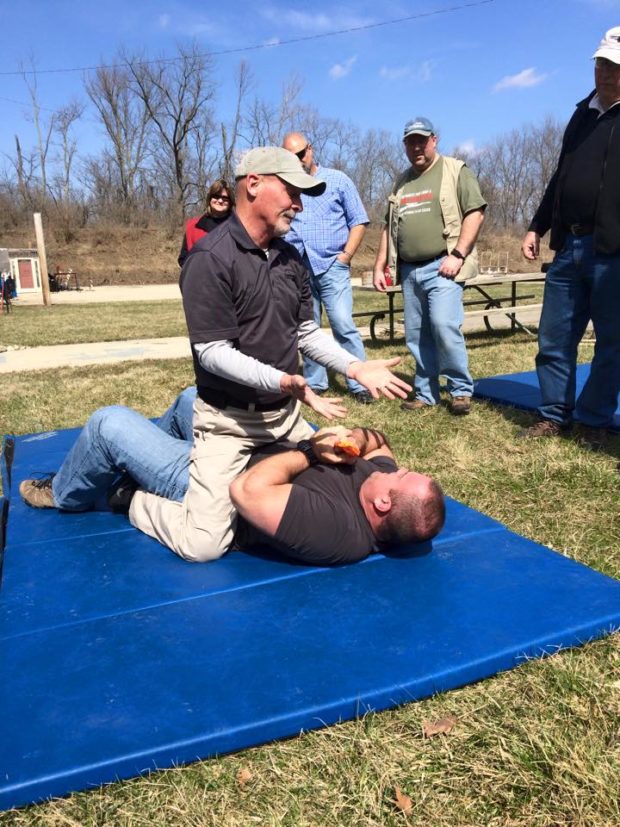 Demonstrating a “timing error” by going for my gun when the attacker (Dave Spaulding) is in a superior position. What do you think Dave is going to do when he sees that gun come out?

Many years ago, Dennis Tueller documented that the average male could cover seven yards in approximately 1.5 seconds. How many concealed carriers can draw from concealment and make a fight-stopping hit on a rapidly closing attacker in 1.5 seconds, especially given the element of surprise? A wounded but motivated attacker can stay in the fight for the rest of our lives unless a solid hit on the central nervous system is made or as much as two liters of blood are lost.

To make matters worse (if that is possible) an “average” assault distance is three yards, not seven yards. One problem for all concealed carriers is that it is simply not possible to control the distance at which they are from other people all the time.

Where can concealed carriers go to learn the skills, tactics, and techniques suited for dealing with sucker punches, ground-and-pound assaults, and edged weapon attacks? I would recommend:

…or any competent local instructor who has trained under them.  A contact-distance attack is a chaotic and highly dangerous event in which the attacker may be quite experienced. The skills taught by the instructors listed above are simple, relatively non-diagnostic, and pressure tested. Core skills can be learned in as little as one day, although they can only be maintained by subsequent frequent practice (much of it without a partner). 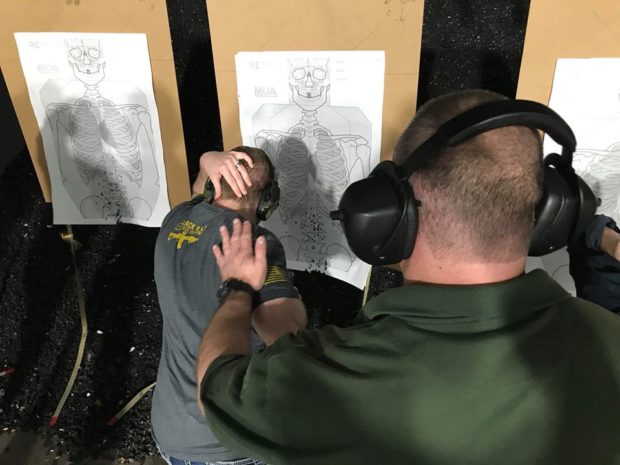 Coaching a student in the mechanics of shooting from retention.

One benefit to concealed carriers is that by possessing defensive skills that can be effectively deployed during a close-distance confrontation, they may be less likely to default to the handgun prematurely and later face charges for criminal weapon brandishing.

All concealed carriers would benefit from this knowledge, regardless of age, infirmity, or physical condition. Having knowledge of how fast a motivated attacker can move at conversation distances and the damage that they can inflict combined with an accurate assessment of their intent, ability, and opportunity while knowing our own physical limitations may be what it takes to  not only win the physical fight but also the legal and civil fight that may follow afterwards.