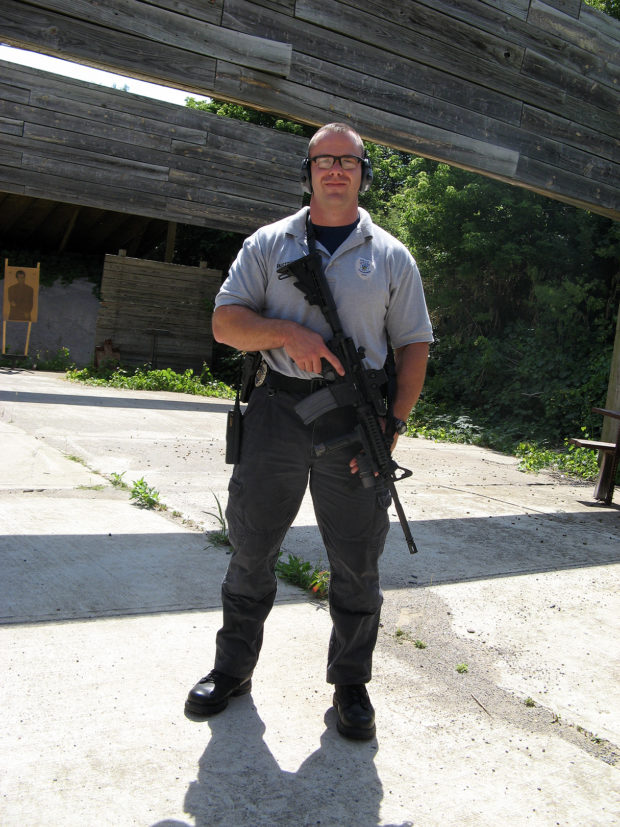 The Ohio Peace Officer’s Training Academy revised the statewide police rifle qualification course of fire last week.  Like several other recent revisions, it was a step in the wrong direction.  Rather than make the rifle qualification more challenging or more relevant, they dumbed it down.  Slower time constraints, no shooting on the move, shorter distances, no multiple targets, no use of cover.  It’s really a step backwards.

I’ve heard that the revisions of the rifle course (and last year’s revisions of both the shotgun and duty handgun courses) were brought about by police chiefs and sheriffs complaining that the former qualification courses were too difficult for their officers to pass and too costly in terms of numbers of rounds fired.

It’s unbelievable how short sighted these administrators can be.  Rather than expend the time and money to train their officers to actually be proficient with their firearms, they’d rather just make the qualification course easier.  Police officers and the public both suffer under such idiotic logic.

Staff at OPOTA have defended the course changes by saying: “Training is more important than qualification.  In times of budgetary difficulties, with a shorter qualification course, more bullets can be devoted to training.”

That is true, but in reality it won’t happen.  I would estimate that 75% of the police agencies in Ohio ONLY shoot the required qualification course every year.  The qualification test IS their training and a shorter test equals less training.

Did you know that most of the police officers in the state of Ohio fire fewer than 100 rounds a year in training?  How confident are you in their abilities to face a lethal threat (or to defend your family) with that level of training?   Shooting is a psycho-motor skill that requires practice to maintain.  If you aren’t a shooter, a similar psycho-motor skill that you might be able to better understand is the shooting of foul shots in basketball.  It takes practice to get good at shooting foul shots and practice to maintain that ability once you acquire it.

Cops are supposed to be the “professionals” when it comes to handling violence.  How good would a professional basketball player be if he only practiced 100 foul shots a year?  How is it that the concept is so easy to understand in sports, but so difficult for a police agency to understand? 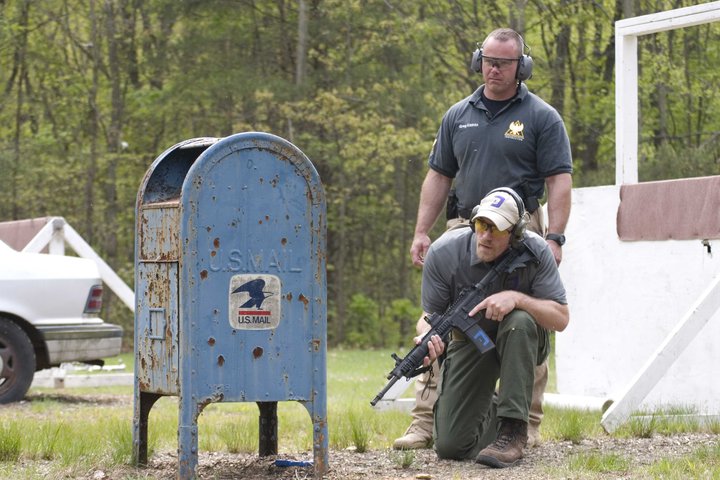 No use of cover in the new course…

You can download the specifics of the course below:

Here are the stages of fire from the document above.  What do you think?   Remember, this is for a patrol RIFLE (usually an AR-15 style)…

2. On signal, engage the target head oval three rounds in 5.0 seconds. (The instructor has

the option to designate a pelvic oval on the target)

2. On signal, engage the target preferred area two rounds and the target head oval one

round in 6.0 seconds. (The instructor has the option to designate a pelvic oval on the

2. On signal, engage the target preferred area one round in 1.5 seconds

1. Load the rifle/carbine with one round chambered and one round only in the magazine for a

2. The shooter should have at least one reserve magazine charged to operational capacity

reload the rifle/carbine according to agency policy, and engage the target preferred area

three rounds from the kneeling position in twelve seconds

The qualification is shot on OPOTC’s approved target.  Center mass or head hits count as one point.  Arm hits count as zero points.  Any miss off the silhouette deducts a point from your score.  20 total shots.  20 possible points.  16 points passes.

I shot the course with a .38 snubnose revolver and passed.  This course isn’t helping the patrol officers or the citizens of Ohio.

Even if you are not a police officer, it might be good practice for you to shoot the course.  Take video or save your target.  If you ever have to use your rifle in self defense, it may be useful to be able to tell the court that you passed the state mandated police qualification test with the weapon you used.

Fire the course and let me know how you do.  I’m not going to even bother shooting it with my rifle until my agency requires it.