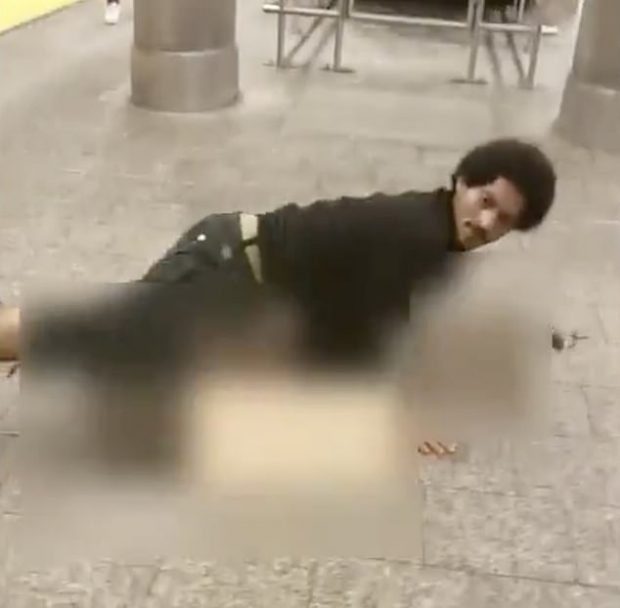 Imagine you are standing on a subway platform in a big city anywhere in the world.  A 25-year old woman is standing nearby waiting for the train to arrive.  Suddenly, a man approaches the woman, throws her to the ground, and attempts to rape her.  Lots of folks are watching.  The man doesn’t care.  He’s determined to rape the woman, even in front of a whole bunch of witnesses.

NYC subway passengers were recently forced to make that very decision as they observed a man attempting to rape a woman on a subway platform last week.  Check out the news article below for more details:

This wasn’t the only public attempted rape in New York City last week.  Another subject brazenly stalked and attacked a woman on a NYC sidewalk, beating her into a coma and attempting to remove her pants.  More details below:

The perpetrators of each of these events were scared off when bystanders verbally intervened after witnessing the attack.  I ask again, what would you do if you saw an attack like this taking place?

I spend a lot of time here telling folks not to unnecessarily involve themselves in other peoples’ business. It’s usually a road to disaster because one never truly knows what the back story is before he or she jumps in.

These cases are a little different than others I’ve written about. There’s virtually zero chance that this is an arrest by a plain clothes cop or a robbery victim fighting back. It also isn’t likely to be a domestic gone bad.

I would hope that anyone who is reading this would intervene, performing whatever actions they are capable of.  Taking a look at the photo below shows that as his hands are busy attempting to remove the woman’s clothing, his face is wide open for a kick or stomp.  This would also be an ideal situation for pepper spray.  You are carrying pepper spray, aren’t you?

Although rape is considered a deadly force attack in most places, I would avoid confronting the attacker with a gun at this point.   You know the cops are coming.  You don’t want them to mistakenly shoot you when they arrive.

As the police are “defunded” and officers become less and less aggressive hunting criminals, I predict we will see a lot more of these brazen attacks.  We all might have to be our own policemen in the near future.

Do what you can.  If it was your wife, mother, daughter, or girlfriend that was being attacked, you would hope that some stranger had the courage to intervene even if he or she has no duty to risk their life for someone else.

It’s time to be that person.