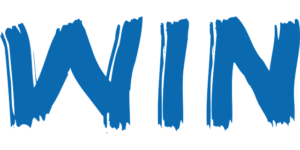 I was recently reading an article called The Coach’s Cue – Breaking the OODA Loop.  It was an excellent read for me because it combined two passions, combative strategy and strength training.  In the article, the author speaks about the importance of simple, one-word, vocal performance cues.  He was speaking about those cues when coaching a lifter at a powerlifting competition.  His words have equal utility when we coach a shooter on the line or a martial artist in a fight.

Once we’ve explained the issue that the student needs to correct, we shouldn’t have to keep explaining it over and over again.  We may, however, need to remind the student of our coaching tips from time to time.  The most efficient way to do that is to condense all of your advice down into a single word and then use that word when you notice your student having problems.

A shooting example might occur when you are training a student who has problems positioning his hands on the grip of his pistol.  Once you explain (and demonstrate) exactly where his hands should be (maybe a couple times), in the future, you probably won’t have to explain things again.  A simple reminder of “grip” should be enough to prompt the student to do what he should be doing.

In a martial arts context, you might have a fighter who drops his hands as he fires a kick.  You explain to the fighter that when he drops his hands, he’s vulnerable to a counter punch to his head.  Once he understands the idea and you see him drop his hands again while throwing a kick, the simple command of “hands” will bring his hands back up to cover his face.

For another example, listen to master instructor Craig Douglas give his students coaching cues in this video of a training evolution in one of his classes.  Craig didn’t need to go through the entire rationale and explanation of the techniques he was teaching as the two students fought.  By this time, the students had already learned what to do.  They just needed a simple reminder to jog their memory.  Craig’s coaching cues were extremely simple.  Most were just one word:

“Figure out base points”

The fighting students took Craig’s advice and prevailed.  That’s how coaching should be done after the basic concepts are taught.

The more simple you make your commands, the easier your students will remember them.  They won’t remember your long winded explanations, but in their next fight they will remember simple cues like “position.”  If you do it right, they’ll remember those cues even when you aren’t around to speak them.  It’s kind of cool when that happens.  You can be in your student’s head even if you aren’t physically present for his fight or match.