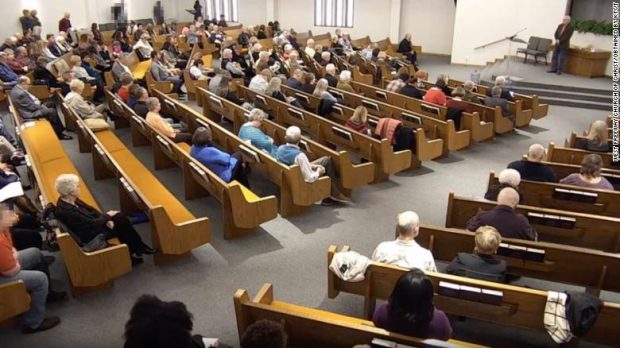 I’ve read many tactical debriefs of the recent shooting incident at the West Freeway Church of Christ.

I have no plans to re-hash what has already been discussed in countless articles and videos.  There were lots of good things (a near-perfect head shot from an extended distance, no mistaken identity shootings, etc) that happened.  There are also a few things that were less than optimal (a fouled draw, failure to keep the guy out of the service, failure to go hands on immediately, poor muzzle awareness).  All those issues have already been covered in numerous articles.

What I want to focus on is something that I haven’t yet seen discussed.  That’s the issue of “what do we do after the bad guy is down and no longer a threat?”  We call these actions “post shooting procedures.”  They tend to be some of the most important, but least practiced skills in a defensive shooting incident.

If you are unfamiliar with this particular shooting, read this article that describes what happened.  Then watch the event on the video embedded below.  Pay special attention to what happened AFTER the gunman was neutralized.  That’s a topic that few people deeply consider.

By my count, five or six armed members of the congregation drew weapons and converged on the threat.  Do you think that was an optimal response?  Take a minute and think about the issue.

Given the fact that you have at least five people on the volunteer security team, how would you optimally deploy those individuals after the threat is neutralized?  Seriously.  Stop right now and think about it.  Before reading further, think about what the security team’s priorities should be after the immediate threat is no longer active.

The security staff member who took the shot approached the bad guy, kicked his gun away from him and covered the lifeless body.  This is a very common reaction, especially in police shootings.  I would argue that approaching the down bad guy and kicking his gun away isn’t the best course of action.

The bad guy may be playing dead.  He may also be momentarily unconscious, but not out of the fight  When people fall to the ground, it’s easier to get blood circulating to the brain. The person you assumed was dead may suddenly regain consciousness on the ground.  Low blood pressure from hypovolemic shock reduces blood flow to the brain.  When the body falls, the circulatory system doesn’t have to fight gravity any more and many times people will spontaneously “wake up.”

Where do you want to be if the bad guys suddenly regains consciousness with a gun in his hand?

I would argue that standing over the now animate armed bad guy is a poor place to be.

There’s no need to separate him from the weapon if you have enough people to cover him with a lethal force threat option.  Approaching the down bad guy is dangerous.  Don’t do it.

Instead, move forward only far enough that there are no innocent parties between you and the downed criminal.  Get behind whatever cover you can find (the church pews would work pretty well in this case).  From that position of cover, keep your gun trained on the bad guy until police arrive.

Who should do this job if you have more than one security staff member available?

I would argue that the shooter may not be the best person to perform this role.  After the shooting, adrenaline will start affecting the guy who took the shot faster than the other people on the team.  His hands will likely start shaking.  Sometimes those folks will also get nauseous or light-headed.  Do you really want the shaky-handed guy who is about to throw up covering down on the bad guy until the police arrive?

If I had five armed security staff members in a shooting like this, I would assign a different person to cover the bad guy and move the shooter to a someplace quiet and non-threatening until the cops arrive.  In smaller teams, it may be necessary for the shooter to provide cover after the bad guy is down, but that isn’t the ideal response.

Get the shooter to holster his weapon.  Provide a couple friends or family members to take care of him and then move him to someplace safe until the cops arrive.  He’s already done more than his fair share of the work.  After the shooting, it’s time for other team members to step up and do some work.

I would deploy one or two of the armed security staff to cover the bad guy from behind some bullet-resistant hard cover.

Evacuate and protect the innocent

Although most church shootings involve a single, mentally ill attacker, there is a chance that there is more than one attacker present.  The armed security team should now consider the best course of action for keeping the rest of the worshipers safe.  I would suggest evacuating everyone from the scene of the shooting.  Loudly and calmly direct everyone to a predesignated evacuation area.

Provide medical care to the injured

I’ve worked with quite a few church security teams over the years.  Most of them have church members who are designated “gun carriers” to provide security for the worshipers.  Often those folks are long time gun owners and active or retired police officers.  Very few teams have pre-identified “medics.”  That needs to change.

If you have a church security team, you should also integrate some medical professionals.  Identify people in the congregation who have advanced medical training.  Look for doctors, nurses, paramedics and former military medics.  Integrate them into the security team even if they are unarmed.

The church needs to invest in a quality trauma first aid kit that should be centrally-located and available to the team “medics.”  There should be at least as many medically trained individuals as gun carriers on your security team.  After all, medical emergencies are far more commonplace than church shootings.  Make sure your church is prepared to handle medical issues as well as security threats.

We want to assign at least two people to do this in the event one is injured or is too busy covering the bad guy.  Those folks should have cell phones that have a good signal everywhere in the church.  They should be trained exactly what to say when they call 911.  Those callers need to know the church’s physical address.  They should be able to calmly explain what happened and request both police officers and multiple ambulances.

The caller should also be trained to advise dispatch that armed plain clothes security staff are present on scene.  We don’t want the cops rolling up and shooting anyone they see who has a gun in his hand.  We need to let the cops know there are multiple armed good guys on scene.  Ideally, the caller would provide a physical description of the security staff member(s) who are covering the bad guy.

Someone should be designated to meet the police at a pre-identified location to explain what happened and personally escort the cops into the scene.  That person should explain to the responding officers that they will encounter an armed member of the security staff who has his weapon out covering the injured shooter.

Communicating the fact that you have armed security on the premises to the dispatcher is the first step.  Reiterating  that information in person to the responding cops is the next thing that needs to happen.  If responding cops have multiple notifications that there are armed “good guys” present, they will be less likely to shoot anyone in the church who happens to be holding a gun.

Ideally, in addition to the “welcoming committee” assigned to meet the cops, you should also place another person to stay with the security team member(s) who are covering the bad guy.  That person should be unarmed with his hands in the air standing physically directly behind the person covering the bad guy.

His job is to look out for the police and to tell the “cover officer” that they are on scene.  The cover officer should then place his gun on the ground or in his holster if possible before being confronted by the cops.

The “welcoming committee” member closest to the “cover officer” should be a final protection against the cop mistakenly shooting one of your security staff.  He should follow the police officers’ commands while keeping his hands visible and calmly describing the fact that there is an armed security staff member covering the downed shooter.

If we have three separate notifications (the caller, the person outside, and the person near the cover officer) to police, we minimize the chance of the cops misunderstanding the situation and shooting the armed good guy.

Has your church security team implemented a procedure similar to what I’ve outlined above?  If not, I would maintain that your team is poorly prepared for an active killer attack on your worshipers.  It’s time to do some work. 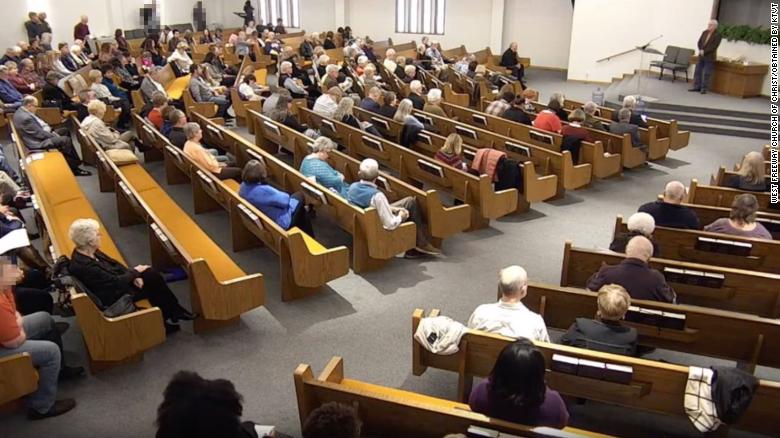