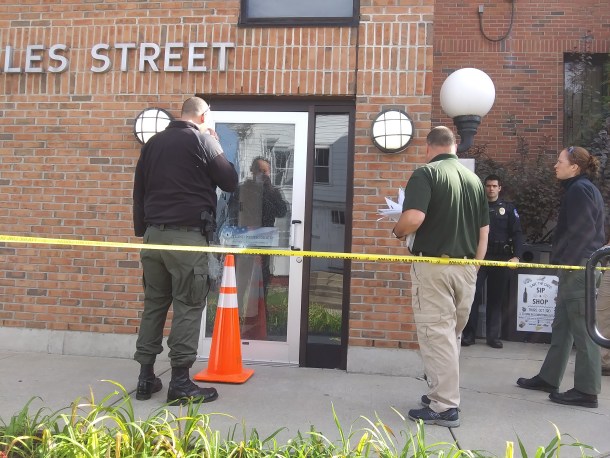 The first was an attack on a police station in Vermont.  In that case, a man (who had likely just murdered someone) drove up to the front door of a local police station at 5:30 am.  He got out of his car and shot into the police station with an AR-15 rifle before fleeing the scene.  He was later apprehended after a second gunfight with police.

Last month, I wrote about the increasing trend of attacks on government buildings in my article Defending Police Departments and Government Buildings from Active Killer Attacks.  I’d urge my police officer readers to take another look at that piece.

This incident has something in common with another active killer attack this week.  In Germany, a man armed with what appears to be a sawn-off single shot 12 guage, shot up a synagogue in an attempt to get inside and kill the worshipers gathered there.  His attempts to gain entry failed.  He then went across the street to a restaurant and began firing on the restaurant’s staff and customers.

Watch the surveillance camera video of the shooting.

The similarity between these two attacks is that the shooter began his assault OUTSIDE of his chosen target.

Back in 2017, I wrote about active killers commencing their attacks by shooting people outside of the building they are targeting.  In that article, I postulated that we would likely see more killers starting their massacres outside before actually making any type of building entry.  Unfortunately, my prediction has held to be true.

We are seeing a lot more spree shootings initiated by an attack outside of the public building where the killer had planned to unleash his carnage.  This especially holds true with shootings at sites for religious worship.  Almost all of the recent church attacks have started outside in the parking lot.

Why is this important?

It’s important because very few people or organizations train for this scenario.  That’s why the killers are using it.  They want to cause chaos for a short period of time while they stack bodies.  They are looking for infamy as being a mass killer with a huge body count.  You may have to respond to a killer firing from outside your office, school, church, or shopping mall.  Are you really prepared to do that?

Re-read this article for some tips on what you may want to do in a situation like this.  While you are at it, you should also re-read my articles (# one and #two) about confronting mobile threats.  Both of these killers also went mobile, thereby adopting a tactic that I predicted would become more commonplace in an article (linked as #one above) I originally published way back in 2013.

I would like my police and church security readers to come up with some plans for how to optimally stop an active killer attack that begins in your church or police station’s parking lot.  Running straight outside into the killer’s gunfire in order to engage him is needlessly risky.  Both cops and church security teams should practice exiting the building from the side opposite of the shooting and working to get into a flanking position from which to best ambush the attacker.

Both groups would also benefit from training about how to ambush the killer by firing down at him from the roof of the building under attack.  Do you know how to get on your office or church’s roof?  Can you take a shot from elevation and guarantee a hit?  If so, that may be one of your best options in a scenario like this.

Finally, invest in mechanisms that will allow you to quickly identify and engage the killer when he starts shooting outside.  If you can keep him out and put a couple bullets in him outside your secure venue, you will save countless innocent lives.

Large church security teams should have a person stationed outside the most common entrance locations or in the parking lot with the sole objective of interdicting the killer before he can make it inside.  This function can also be performed by actively monitored security cameras trained on the areas outside of your place of worship or police station.

Add the information I’ve delivered here into your training and contingency planning.  I think we will see more and more attacks like this in the future.

I want you all to prevail in any violent criminal confrontation.  You can do so with just a little extra training and a few minor tweaks to your active killer response procedures.  With that said, you shouldn’t become paranoid about dying in this type of active killer attack.

These attacks are exceptionally rare.  Read Claude Werner’s article titled Let’s Get Real About Active Shooters.  It provides a lot of perspective about what is truly important and what is not. 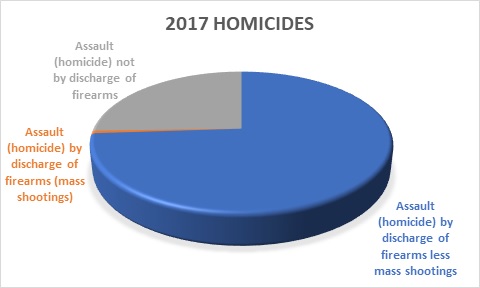 If you take just a little time to prepare yourself for an attack like this, you will be far ahead of most of the police departments or churches across the country.  Come up with some good plans.  Drill those plans a few times.

Then move on to more important facets of your life.