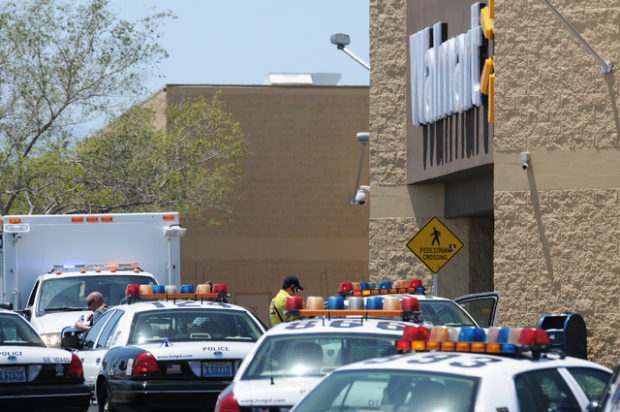 *After the recent Canada active stabbers and the shooter in Memphis yesterday, I think I need to re-post this one.

Anyone researching the tactics of active killers is quickly confronted with the fact that killers study police response tactics.  Being informed by their research, the killers adapt their own tactics in order to prolong their killing sprees before police intervention.  In recent history, the terrorists who attacked multiple targets in the Indian city of Mumbai in 2008 were successful largely because they employed the concept of mobility.  Before their final barricades, the killers hit numerous public targets and stayed moving to avoid being shot by the police.  The Mumbai police were completely overwhelmed by this tactic and other killers have been using it with equal success.

Domestically, mobile killers have been fairly common and are increasing in frequency.  In the research study United States Active Shooter Events from 2000-2010, author J. Pete Blair determined that 20% of the active shooters in his sample went mobile.  This trend has continued due to the “successful” massacres at Santa Monica College, the second Fort Hood Shooting and at UCSB.  The killers who murdered two police officers and one armed citizen in Las Vegas changed locations after their first killings to increase their body count and avoid police.

Most recently, the killer who targeted two New Zealand mosques utilized mobile tactics to prolong his attack.  He attacked one mosque and then left the scene after six minutes.  As he drove to a second attack scene, he randomly shot at people walking down the street.  At the second location, he killed eight more people. 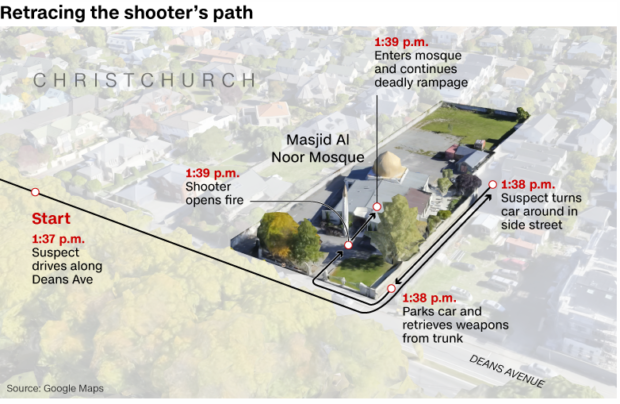 Active killers employ the tactic of rapid mobility because it works.  Their movements inject so much chaos into the situations, that police are not able to adequately get ahead of them to deal with the problem.  They are forced to be in a reactive mode with the killers setting the pace.  To avoid this problem, we cops must employ more effective response tactics.  The killers know that the police will no longer set up a perimeter and wait for SWAT.  Most cops will now quickly enter any building where an active killer is operating and rapidly confront the shooter.  The killer’s only hope to prolong his killing spree is to stay mobile and avoid confrontations with the police.  Here are some suggestions for dealing with the mobile killer.

One of the best things we can all do in situations like this is to get an accurate description of both the killer and any vehicle he may be using.  If you are in a public location, hear shots, and then the shots stop, start looking around.  Look for anyone fleeing the scene.  Look for any vehicles speeding away.  Pay attention and get the description of the fleeing killer to the police as quickly as possible.

Something else that you must consider is that any future killer may be planning to hit multiple locations.  When you hear of a shooting on the news, assume that there are going to be additional targets.  Avoid any other potential targets that are similar to the site of the original shooting.  If you hear of a grocery store getting shot up, it might be a good idea to put your grocery shopping off until tomorrow.  Don’t take the chance of being at a secondary target site if you can avoid it.

For Police Officers and Supervisors

Police officers will likely need to update their response protocols yet again so that we can interdict the killers.  Being unable to effectively handle a mobile killer is the modern day equivalent of officers standing around outside of Columbine High School as the shots were ringing out.  It’s simply unacceptable.  Yet very little training time is spent in police departments covering the topic of mobile killers.

Here are some things to think about if you are a cop or police supervisor forced to deal with an active killer on the move.

1) Recognize that multiple serious incidents happening at the same time may be something more than coincidence.  Think about the  UCSB active killer.  The killer shot a couple people at a sorority house, drove down the street while shooting a few more and the started hitting pedestrians and bicyclists with his car.  Folks likely reported each of these events separately.  When multiple serious crimes (or even such events like traffic crashes or fires) are reported in the same area at the same time we must recognize that they might be related.

If you are a police supervisor, instead of sending a couple individual officers to handle each scene, get all the bodies you can moving to the area of the call.  You can order them back to patrol if they aren’t needed, but they will be necessary if all of those calls turn out to be resulting from a single killer.

2) Information filtering.  When a mobile active killer is shooting up your town, you’ll need to get the officers on the street up-to-the-second relevant information.  The person gathering that intel and deciding whether it is timely or irrelevant is going to be your dispatcher.  He or she will soon become overwhelmed and start falling behind.  We can’t let that happen.

It may not be possible in large call centers, but in smaller departments that have only a couple dispatchers working at a time, get all the office staff or police officers with desk jobs into the radio room.  They should all be trained to answer the phones and gather the latest information from reporting citizens.  Those desk bound officers will do more good in the radio room than they will on the street if the dispatchers are overwhelmed.

3) Call for mutual aid and establish loose, moving perimeter control.  Call all the surrounding agencies and get more cops coming your way.  Station these cops outside the scene as a loose perimeter.  It’s their job to look for the mobile suspect while your officers handle the initial crime scene.  To pull this off requires a very good command and control system with a single person assigned to keep track of where all the outside officers are stationed and where additional officers are likely to be needed.  Do you have a common radio channel for communications?

4) Employ technology to help.  If you have monitored video cameras, drones, or “shot spotter” technology that pinpoints the location of gunshots in an area, deploy it in support of your mission.

5) Train in outdoor shooter response.  These shooters may be interdicted when they are outside.  Most police active shooter training focuses on shooters inside a building and doesn’t cover tactics for a shooter operating in the open air.

The New Zealand Mosque killer started shooting outside the first mosque.  He fired until his gun was empty, walked back outside to his car to get another gun, and then re-entered.  If cops arrived more quickly, they would have been just as likely to encounter him outdoors as they would inside the mosque.

In the last few years we’ve seen several attacks initiated outside.  The best known is likely the Sandy Hook school shooting.  The Sikh Temple Incident is another.  Beyond that, we saw a school attack in northern California where the killer began firing from outside.  The Texas Church attack is a third example.  There were also attacks  on a Pennsylvania Township office and a San Diego restaurant initiated outside the buildings.

Basic military small unit fighting maneuvers (such as bounding overwatch) should be staples in all active shooter training.  LAPD’s MACTAC concept is one such example of successful integration of small unit tactics in the context of an active killer or terrorist event.  Their program is worth checking out for your department.

6) Have a reserve force.  When supervisors recognize an active killer event is happening, they will likely order in additional officers from home.  Resist the urge to immediately deploy all of these officers if their presence isn’t absolutely necessary.  Keep a reserve force ready to replace officers who become exhausted or injured. The off-site reserve can also be used in the unlikely event that the crimes occurring in your city are distractions for a major terrorist event elsewhere instead of the “run of the mill” active killer.

7) Think about scene security.  Remember how I talked about active killer tactics constantly evolving?  Can you predict where it might go beyond mere mobility?  Here’s my prediction…

We know terrorist bombers often employ “secondary devices” to kill first responders to the initial bomb blast.  We also know that many active killers dream of ending their attacks by dying in a blazing shootout with police.  Eventually, shooters will start combining these tactics.

Think about a mobile active shooter working for a 10-15 minute period, staying just ahead of responding officers.  When he wants to end it all, he circles back to the first scene, which will now be swarming with cops and paramedics.  He either shoots the cops/firemen until he is killed by return fire or blows himself up with a bomb that also kills all the first responders as well.

Outside of SWAT teams in gang-infested neighborhoods, we cops don’t do scene security very well.  Consider posting at least one cop with a rifle to guard the other cops and medics at the scene.  The killer might come back.  Most of us cops don’t think about how distracted and vulnerable we would be if he does and thus we don’t adequately plan for our own security .

I know it’s going to be tough to convince your agencies to consider these tactics.  If you can’t, at least be aware of them and try to implement them yourselves as you respond to the mobile killer.