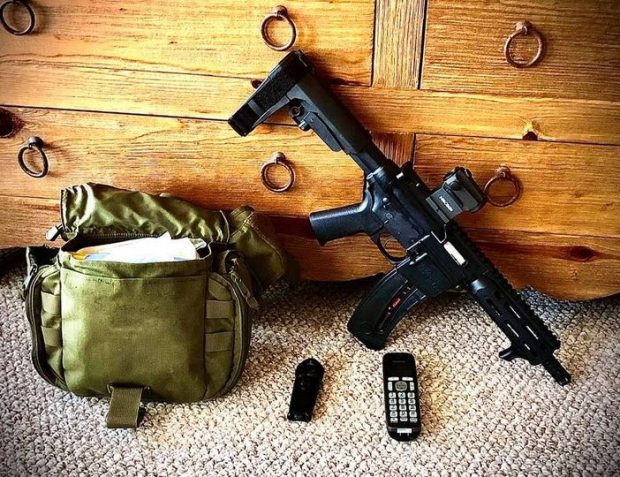 This is a guest post from my friend Steve Moses, owner of Palisade Training Group. I’ve taken several of Steve’s classes at the Rangemaster Conferences we’ve both taught at over the years.  Steve is a very thoughtful and competent instructor and I recommend his material highly.  If you are down in Texas, check out some of his courses

Record-setting sales of firearms and ammunition suggest that Americans are highly concerned about their personal safety. The same concerns about personal safety that concealed carriers have is often shared by homeowners who until now were opposed to owning a handgun for the simple matter that they had children in their house and were afraid that one of them might find their pistol or revolver and use it to harm themselves or others.

Americans have always had a particular fascination with firearms, hunting, shooting sports, and support equipment. As such, an unknown number of books and magazine articles have been devoted to those subjects over the decades along with endless hours of internet debate as to which handgun, rifle, shotgun, or particular caliber is the best for self-defense.  And yet, when it really counts the final weapon is the brain, with all else being supplemental (a classic John Steinbeck quote).

I believe that if the only defensive firearm that I could convince my wife to use if home intruders were in the act of breaking into my home was a semi-automatic .22 LR carbine like a Ruger 10/22 or a Smith and Wesson M&P 15-22 and a ten to twenty-five round magazine of high-quality CCI or Federal ammunition then her chances of successfully driving them away improved dramatically. This is especially true if she first positions herself (along with any other family members) in a locked bedroom where she can get eyes on the intruder or intruders before they can get eyes on her.

I would be the first person to agree that there are other good .22 LR alternatives to the carbines mentioned above. There are several reasons that a .22 LR carbine might make a better defensive tool for certain persons than a traditional service handgun, semi-automatic centerfire rifle, or even a shotgun.

First and foremost, another family member refuses to use an obviously superior firearm. This is way more common than many concealed carriers believe. The recoil and muzzle blast of a .22 LR carbine are slight. Our four-year old granddaughter greatly enjoys shooting her brother’s .22 LR carbine while perched on her father’s lap.

For this very reason, a .22 LR carbine makes perfect sense for concealed carriers who would like to make sure that other responsible adults in their home who are not firearm enthusiasts have the means to defend themselves and other family members in their absence.

It is not uncommon for persons who previously disliked guns in general to find themselves actually enjoy shooting these little carbines. Firearms of this type often become “gateway guns” that lead into an increased interest in more powerful firearms that are more suitable for home defense.

A single round directed towards the upper torso of an attacker is often enough to send the same attacker fleeing. Would a larger caliber firearm be likely more effective? Yes, but the overwhelming majority (but not all) of home intruders are not willing to get shot with any firearm.

Multiple rounds directed to the upper part of the chest or head of a violent criminal home intruder with the intent and ability to harm or kill others can physically render them incapable of continuing their attack. I have personally seen a 600-pound steer drop in its tracks so hard the ground shook when shot in the forehead with a .22 LR round.

Concealed carriers who might consider bringing home a .22 LR carbine for use by another adult family member are encouraged to give some thought to taking the following actions:

• Child-proof any and all firearms that may be in the home. The NRA Eddie Eagle GunSafe program is definitely worth checking out for parents and grandparents when it comes to this especially important subject.

• Most .22 LR carbines can be secured in such a manner that small children would be unable to load and fire them. A cable ran though the ejection port and out the magazine well can be secured with a small combination lock. I particularly like the versions that use letters instead of numbers as they do not require making multiple rotations of a small knob while the homeowner may be under stress. A pre-loaded magazine can be stored elsewhere and placed inside a small-lock box with an integral combination lock.

• Spend as much time with the adult family member as is necessary teaching them the basic firearm safety rules and how to operate the carbine. This means knowing how to load the magazine, insert and remove the magazine, how to charge the chamber, engage and disengage the safety, and even clear simple malfunctions. In many instances, the best way to accomplish this might be taking a basic NRA course or some private training with a qualified firearms instructor.

• Place heavy focus on making the first shot count. Not only is this desirable from a practical perspective in a gunfight but it minimizes the possibility of making misses (also known as “unintended hits”).

Practice shooting drills that require multiple rounds. This helps the user to learn how to follow through on every round, reset the trigger during the minimal recoil, and subsequently realign the sights with the desired point of impact ready to fire again if necessary. Mixing singles with pairs and occasional triples can really help.

• Make sure that all responsible adults in the home learn what needs to be accomplished in order to stop an attacker who is a legitimate threat to limb and life who doesn’t flee, how to make good tactical choices if a home intrusion is threatened or underway, the importance of knowing how to use a pressure dressing, hemostatic clotting agent, and tourniquet in case they or a family member gets injured, and how to interact with 911 and responding law enforcement.

Some concealed carriers may object to having another family member rely on the lowly .22 LR carbine for home defense. There is a good reason that I rely on something more powerful myself. Having said that, if it is a .22 LR carbine or nothing then I am going with the former.