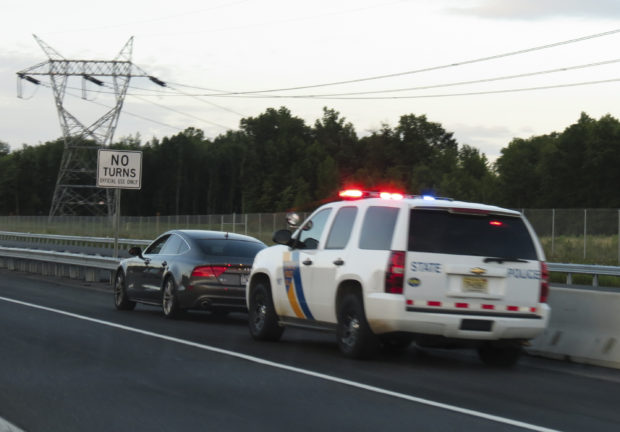 Last week I re-posted an article I wrote a couple years ago on my Facebook page.  That article generated a lot of questions from my readers.  Most of the questions were something along the lines of:

“If I get stopped by a cop in a state where I have no legal duty to inform police that I am carrying a gun, is it safer to preemptively tell the cop about my concealed weapon or is it better not to volunteer that information?”

This topic is a hotbed of controversy in the gun world.  There are experts who fall on both sides of the issue.  Here are my thoughts from the perspective of a retired cop who spent 25 years on the job and who has stopped lots of people with concealed carry licenses.  Please be advised that this is not legal advice.   I am not your lawyer.  If you want legal advice, you’ll have to go elsewhere.

Here are my thoughts on the issue…

If you are in a “must inform” state, tell the cop if you are carrying a gun.  Failure to do that could get you cited or arrested.  You’ll probably lose your carry license as well.

Your notification should be calm.  Don’t scream “I have a gun!”  Say something like:

“Officer, I have a concealed carry license and am supposed to inform you when I’m armed.  I’m carrying my pistol in a holster on my belt.  How do you want to proceed?”

Don’t point at the gun, gesture towards it, or try to show the officer where it is.  Keep your hands locked on the steering wheel as you give your notification.  There are nervous and untrained cops out there who are scared to death of armed citizens (see my article on the Philando Castile shooting).  Don’t give them any reason to shoot you.

If the gun is in plain view and the cop is likely to see it at some point, tell him you have the weapon.  Cops don’t like surprises.  As he talks to you, the cop is checking out your vehicle for any weapons you can use against him.  Let him know you are packing before he sees your gun.

Criminals never tell the cops they are carrying guns.  When you are carrying and don’t tell the cops, you take the chance of being treated like a criminal until the cop sorts things out.  You don’t want a police gun pointed at your face.  If the cop is going to see the gun anyway (it’s not concealed, laying on the seat, or in a vehicle holster) it would be better to let him know you are carrying even if you don’t have the legal requirement to do so.

If the cop asks you if you are carrying a gun, tell the truth.  If you lie about whether or not you are carrying, it’s possible that you can be prosecuted for violating an “obstructing official business” statute.  It’s not worth it.

If you are not in a “must inform” state and your gun isn’t visible, I wouldn’t mention the fact that you are carrying unless you are asked.  This is going to be the most controversial piece of advice I give.  If you’re not legally required to tell the cop you are armed and he isn’t going to see the gun, I see no advantage to telling him about it.

In most cases, the notification probably doesn’t matter.  Experienced cops in states that have long-term concealed carry laws in place tend to treat gun carriers with the exact same procedures they use with unarmed motorists.  It’s the rare exception you are trying to avoid.  If you get the new guy, the young guy, the scared guy, or the guy who didn’t do very well in his academy legal classes, you may find yourself in trouble.  You want to avoid that at all costs.

Unfortunately, you won’t be able to tell which cop you will get.  You might get a cop like me who will talk guns with your for a little while and probably let you off with a warning.  Or you could get the cop who is scared to death and will draw down on you the minute you tell him you are armed.  It’s best not to tempt fate.  If you don’t legally have to notify and the cop won’t see your gun, I wouldn’t volunteer the fact that you are carrying.

This advice is especially true if you are carrying a rifle caliber “pistol”  concealed in your vehicle.  Most cops are not gun people.  They haven’t kept up with the latest trend of carrying a short barreled rifle that is legally a “pistol” with a stabilizing brace.  There is a chance that you could be arrested for possessing a short barreled rifle or shotgun if you tell the cop about your “pistol with a stabilizing brace.”  You’ll win in court, but you don’t want to take the ride to jail if you can avoid it.  If you are carrying one of these weapons, it’s best not to volunteer that fact unless you are directly asked.