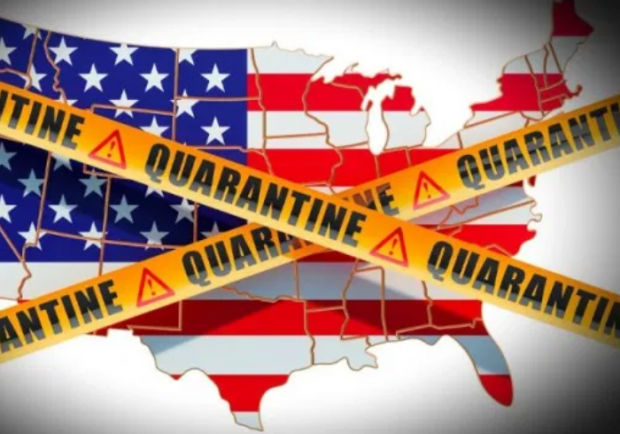 Since I don’t have TV in my house, I spend a lot more time reading than the average American.  I have more than 400 websites programmed into my RSS reader. On the average day I scan about 1200 articles in my feed.  I deeply read more than 100. You can guess that my feed in the last couple days have been almost completely full of Covid-19 articles.

Check out the links below to learn something new.  These are the most informative articles I have found covering the pandemic.

The Lasting Effects of the 1918 Influenza Pandemic 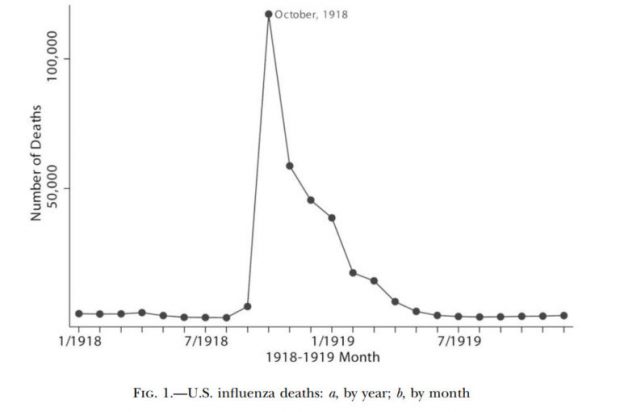 Did you know the 1918 flu pandemic profoundly affected babies in utero?

“Men and women show large and discontinuous reductions in educational attainment if they had been in utero during the pandemic. The children of infected mothers were up to 15 percent less likely to graduate from high school. Wages of men were 5–9 percent lower because of infection. Socioeconomic status…was substantially reduced, and the likelihood of being poor rose as much as 15 percent compared with other cohorts. Public entitlement spending was also increased.”

It may not be a good time to be trying to get pregnant. I think women who are already pregnant should take extra precautions to stay healthy.

Coronavirus and the Sun: a Lesson from the 1918 Influenza Pandemic 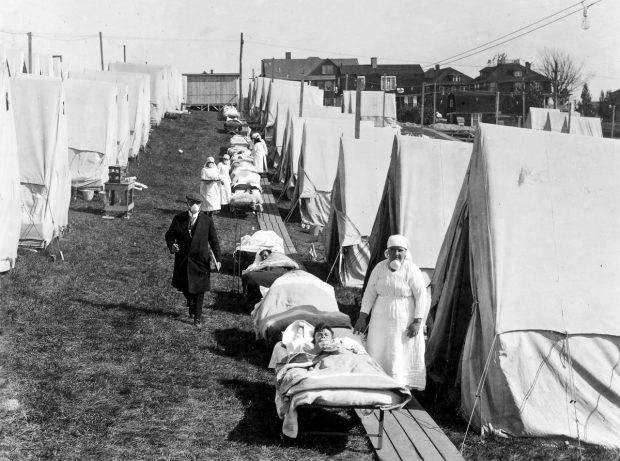 The 1918 Spanisg Flu pandemic taught us some lessons that we’ve forgotten over the last century.

“Put simply, medics found that severely ill flu patients nursed outdoors recovered better than those treated indoors. A combination of fresh air and sunlight seems to have prevented deaths among patients; and infections among medical staff.[1] There is scientific support for this. Research shows that outdoor air is a natural disinfectant. Fresh air can kill the flu virus and other harmful germs. Equally, sunlight is germicidal and there is now evidence it can kill the flu virus”

Can We Trust the COVID-19 Test? What You Need to Know About ELISA and RNA Tests 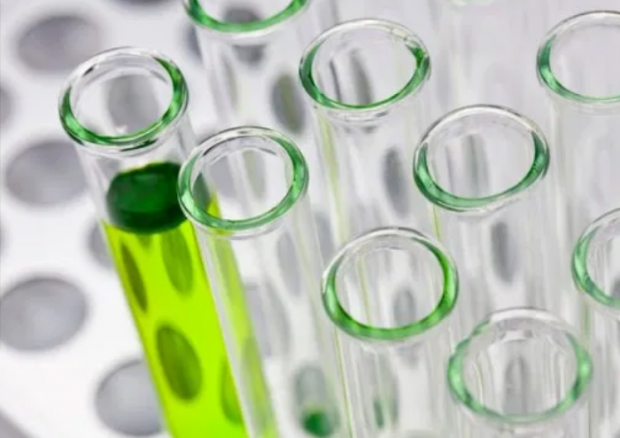 Here is a question that few people are asking.  Exactly how accurate are the Covid-19 tests? 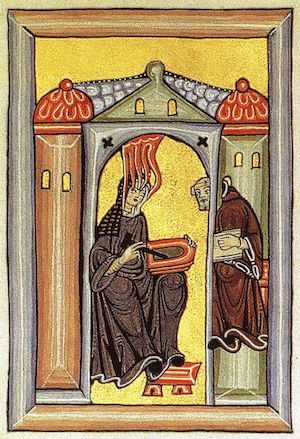 Could there be something good that comes from the upcoming pandemic? Yes. People may read more books.

This article taught me about “anchorites.” Despite taking lots of history courses in college and reading widely, I had never heard of the term.

“an officially sanctified hermit who was literally walled into a cell attached to a church or abbey, where she was expected to spend her days as a sort of dead-to-the-material-world salvation mascot, endlessly purifying the planet with her prayer. While there were holes in an anchorite’s cell to permit the passage of food, water and waste, these apertures were constructed in such a way as to make eye contact impossible.”

The article describes how many of the anchorites “went mad.” A period painting from the time (shown above) depicted a famous anchorite. The roof of her “cell” appears stunningly similar to Amanita muscaria. It makes me wonder if the madness was caused by the isolation or some other factor.

In any event, after reading this article a two week in-home quarantine doesn’t seem too bad.

Coronavirus: The Real Risks and Human Biases behind the Panic 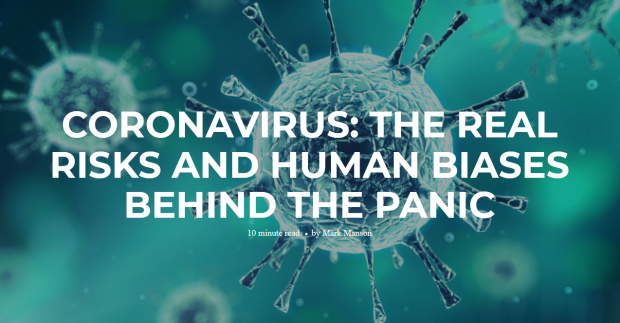 Roughly 10-15% of people infected need to go to the hospital. Right now, epidemiologists are saying we can expect anywhere from 40-70% of the world population to be infected in the next year. Let’s say that’s an exaggeration and go with a more conservative 30%. In the US, that means roughly 110 million people getting sick. And of those 110 million, over 10-15 million or more need a hospital bed.

Yet, the US only has 924,000 hospital beds… and about two-thirds of those are filled at any given time with, you know, people with cancer and shit. 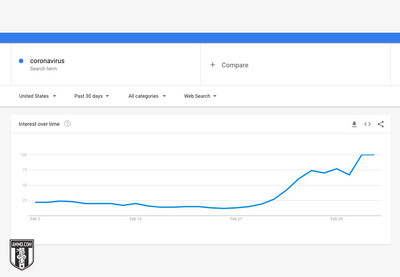 I wonder if the future ammunition availability prospects will be as bad as during previous ammo shortages?  Apparently people are hoarding more than just toilet paper.

One statistic stood out to me.  The .40 S&W cartridge sales increased the most.  The .40 sales increase was more than twice the number of its closest competitor (.223) and four times higher than the increases in 9mm sales.   Why the disparity?

I think it’s the fact that most knowledgeable shooters don’t use the .40.  People who shoot a lot (and therefore likely have a big ammo stash already on hand) mostly shoot  a 9mm.  Those folks don’t need to hoard bullets.  They already have 10 cases of 9mm stored in their garage.

I think in the year 2020, most .40 shooters probably don’t know a whole lot about ballistic science and likely haven’t spent much time at any of the high quality shooting schools across the country.  They are the casual gun owner who may shoot a box of shells a couple times a year.  Those folks don’t have any ammo in storage.  Now they want some in case the world collapses.

Why Did Amazon BAN This Coronavirus Preparedness Book? 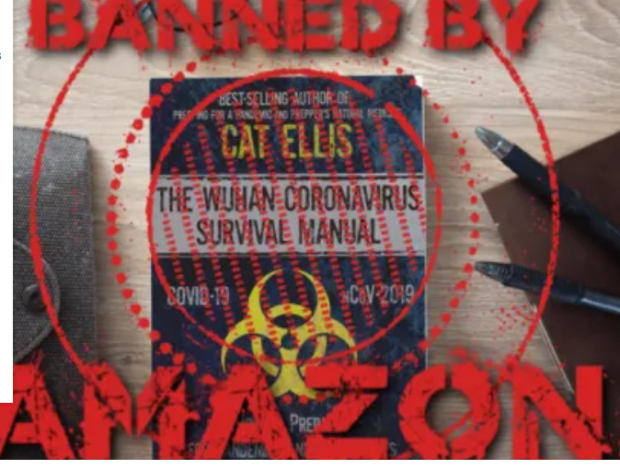 Something very funny is going on with this one.  I spoke to the publisher about the issue a couple weeks ago.  Amazon suddenly and without warning suspended sales of this book.  Why?  The author and publisher still don’t have an answer.  I just started reading the book.  I’m not far into it, but the information appears to be accurate and not in any way inflammatory.  Why doesn’t Amazon want you to have this info?

If you are interested, click the link and you can buy the book through the publisher’s site instead.

Coronavirus: Why You Must Act Now

This is a long read, but one of the most thorough articles I’ve found to date.

For his Patreon subscribers, the Mountain Guerrilla discusses likely second and third order effects of the virus.

When Will the US Lockdown Over Covid-19? How Long Will Quarantines Last? Here’s What the Patterns Show Us

“If massive lockdowns are occurring on about day 22-23 in other countries, that means we may have 7-8 days before we see major lockdowns and quarantines here. That would put us at March 19th or 20th. We may see some early lockdowns of cities or regions where the virus is rapidly spreading like Seattle and New York City. The lockdowns in other countries expanded in about a week to encompass greater geographic areas and larger numbers of people. This would put us at approximately March 26-27th.

…Based on this, I would expect a quarantine or lockdown in the US to last for up to 2-3 months.”

The Official Coronavirus Numbers Are Wrong, and Everyone Knows It 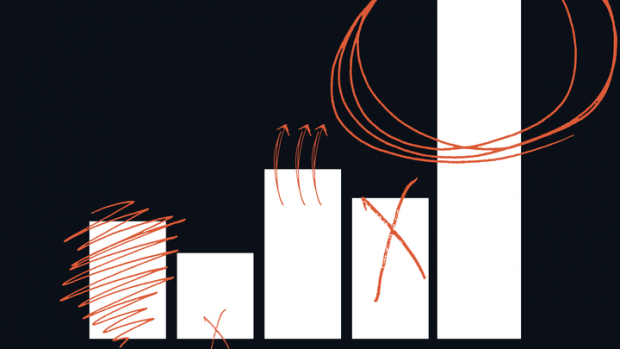 “In total, fewer than 500 people have been tested across the country (although the CDC has stopped reporting that number in its summary of the outbreak). As a result, the current “official” case count inside the United States stood at 43 as of this morning (excluding cruise-ship cases). This number is wrong, yet it’s still constantly printed and quoted. In other contexts, we’d call this what it is: a subtle form of misinformation.

This artificially low number means that for the past few weeks, we’ve seen massive state action abroad and only simmering unease domestically. While Chinese officials were enacting a world-historic containment effort — putting more than 700 million people under some kind of movement restriction, quarantining tens of millions of people, and placing others under new kinds of surveillance — and American public-health officials were staring at the writing on the wall that the disease was extremely likely to spread in the U.S., the public-health response was stuck in neutral. The case count in the U.S. was not increasing at all. Preparing for a sizable outbreak seemed absurd when there were fewer than 20 cases on American soil. Now we know that the disease was already spreading and that it was the U.S. response that was stalled.”

Struggle Between Chaos and Order 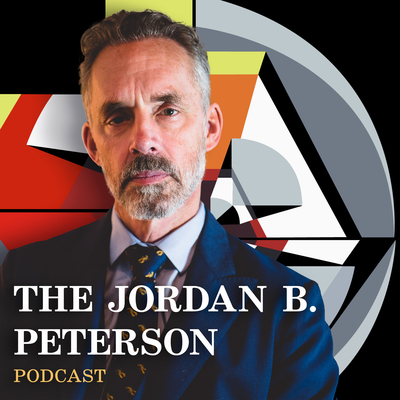 Dealing with the outcome of this pandemic is going to require mental fortitude.  It is likely that you or someone you love will die.  Are you prepared to cope and willing to use such malevolence to create both “anti-fragility” and rapid transformative growth?

Dr. Jordan Peterson is an engaging psychologist and author who lectures worldwide on many topics.  This particular lecture resonated with me enough that I listened to it three separate times.  It covers the causes of chaos, betrayal, and malevolence and explains how to transcend those emotions and use them to become a better person.

This lecture goes deep and requires some concentration.  If you take the time to truly listen to what Dr. Peterson says, you will be in a much better place to deal with this pandemic than the average citizen.

A Chilling Scenario and Some Valid Questions 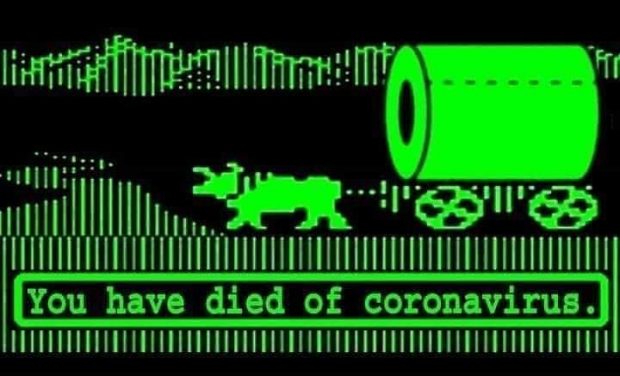 A little comic relief for you Gen Xers