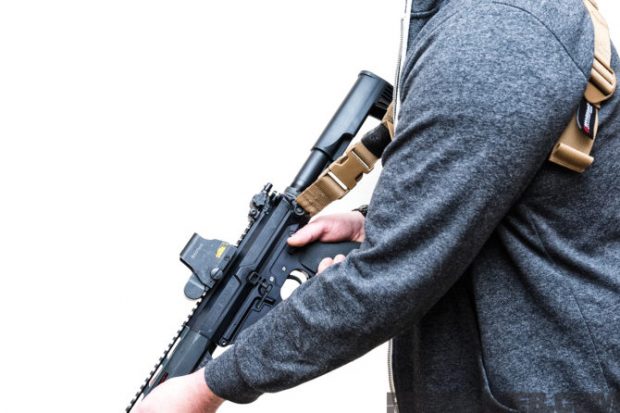 How to improve your situational awareness with natural threat detection mechanisms 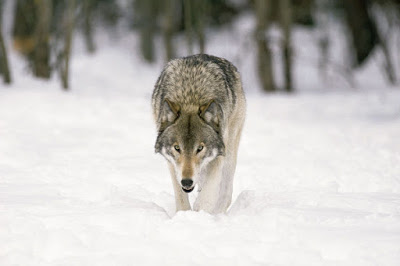 A situational awareness primer.  For more information, check out PREPARATION: THE BEST COMPLEMENT TO SITUATIONAL AWARENESS.

Speaking of good situational awareness, this off duty cop had it.  Staging your draw and dropping what’s in your off hand are important skills to master.

Making the Case to Sling Up for Home Defense

Expert commentary on sling use.  I have slings on all my defensive long guns.  As with many topics, I think the risks of using them can be mitigated with proper training.

Electronic Stun Devices 101: What They Can and Cannot Do 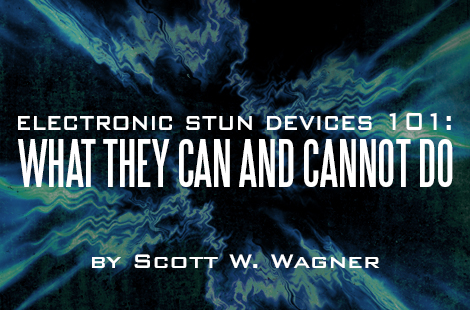 There is a difference between a stun gun and a Taser.  To learn more about each, check out this article.

‘Most Cops Don’t Violate the Rules. It’s Just That the Rules Are Horrific.’ 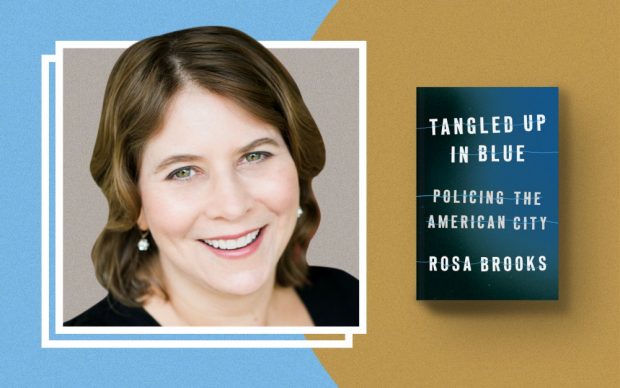 I think this is actually a pretty fair evaluation. Both the problems and the solutions are a little more nuanced than “all cops are bastards.”

“Looking at the protests against policing in the last year or so, the simplistic version is “the police are doing bad things.” But police do what they’re told. They enforce laws that they don’t make in a social context that they didn’t create and can’t do much to change. Even when really horrific things happen — police shootings resulting in the deaths of innocent people — it’s so rare that police are either prosecuted or convicted because the legal framework, both constitutionally and locally, is both exceptionally permissive of police violence, and police can often demonstrate that they were doing exactly what they have been trained and told to do.”

I  purchased her book Tangled Up in Blue and just finished reading it.  I enjoyed the book and think it’s a valuable read for those interested in policing and police reform.  It also provides cops with an outside perspective of how others think about the profession. 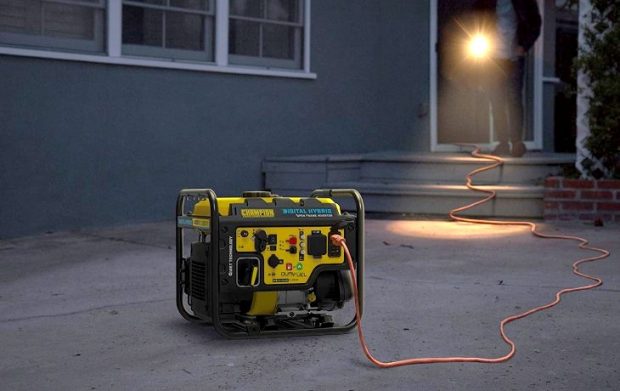 Recent weather events have prompted some folks to look at expanding preparations.  Here is some generator information.  You should also read Paul’s excellent post Purchasing and Using Your First Portable Generator. 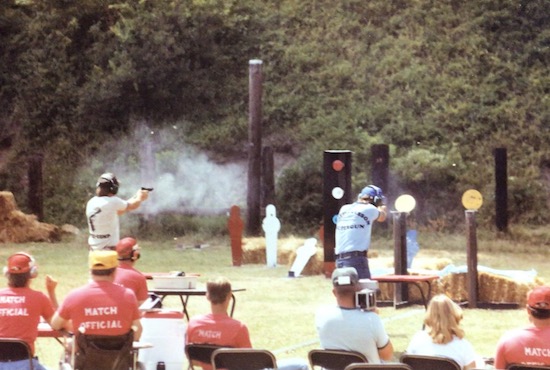 A different take on eye dominance.

Open Carry: There Are No More Excuses For It 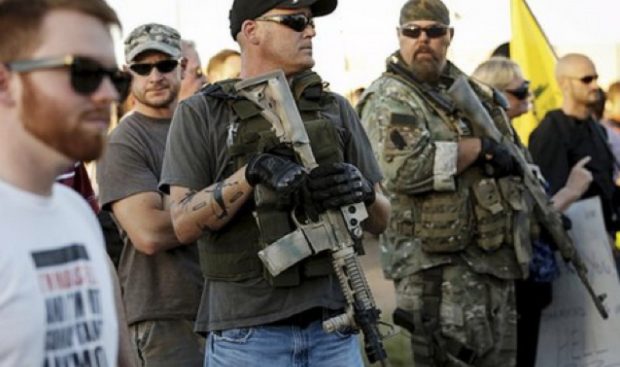 I regularly get commentary from my readers accusing me of too harshly condemning open carry.  It is impossible to condemn such lunacy enough.  Here are a couple more articles about open carry that will hopefully convince you idiots to leave your rifles at home and cover up your pistols.  From the article linked above:

“Rifle OC is fucking stupid. It’s not done to keep peace, it’s done to get attention and create confrontations. And those of us with actual training and experience, especially those of us who carry concealed pistols to defend ourselves, our families and innocent people around us, have to react when we see someone carrying a rifle ready to engage in public. For those of us with a sworn duty to protect the public, OC creates even more problems. This isn’t about police overreaction; after aaallll the mass shootings we’ve had in America, and after the horrors of the Paris attack, any police officer who ignores Random Guy Walking Down The Street With A Rifle is guilty of criminal negligence

So cut it out, open carriers. OC a pistol if you must (that’s not such a good idea either, but relatively speaking it’s the difference between gonorrhea and syphilis). But leave the rifles at home. Rifle OC doesn’t show us freedom-hating cops that the citizens are armed and capable of resisting tyranny; we already know that. We’re usually criticized for acting like everyone’s armed, not like nobody’s armed. You and your rifle don’t do anything except make yourselves look like self-centered assholes.”

If that isn’t enough for you, here is a collection of Mas Ayoob’s thoughts on the topic.  Finally, read The Biggest Open Carry Mistake Is…

I don’t watch TV, but I’m not always opposed to making it. If you like revolvers, you might see some familiar faces on this episode. 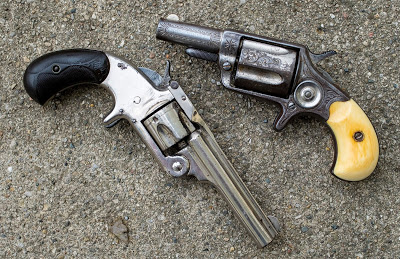 How to Use Verbal and Non-Verbal Communication for Self Defense 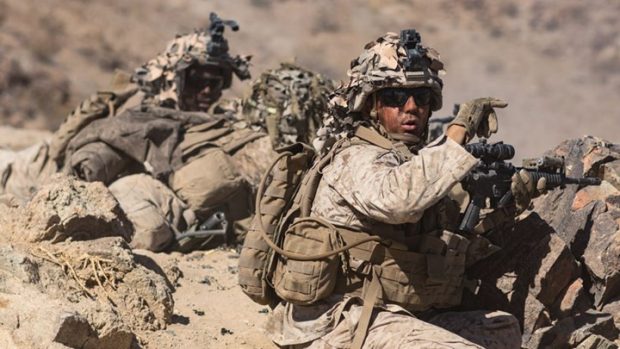 It’s a short article that has a couple of ideas that I like.  Read it and think about the need to use code words and hand signals with your significant other, friends, or family members. 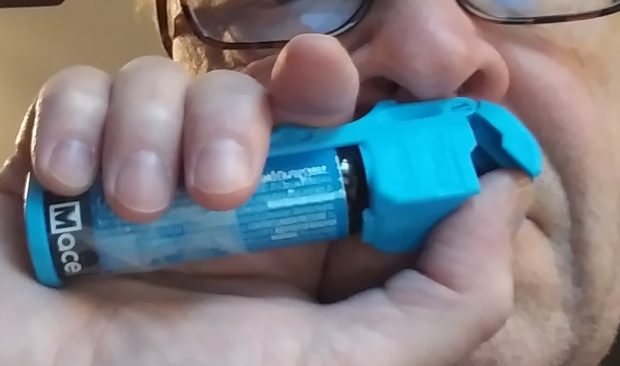 Claude has some good info on pepper spray use. Having employed this technique in various “pig pile” struggles with criminals over the years, I can attest to its effectiveness.

The last dude I pepper sprayed before I retired was screaming at me with his mouth open. Easy target. Stream down the throat. He stopped fighting instantly.

For you cops out there, some of your departments may not approve of this technique.  Research the “hydraulic needle effect.”  It’s when the force of the pepper spray tears the eye tissue.  Most manufacturers suggest not spraying the eyes closer than two feet away.  I would argue that a shot up the nose while grappling is much less dangerous than spraying the eyes at that range. 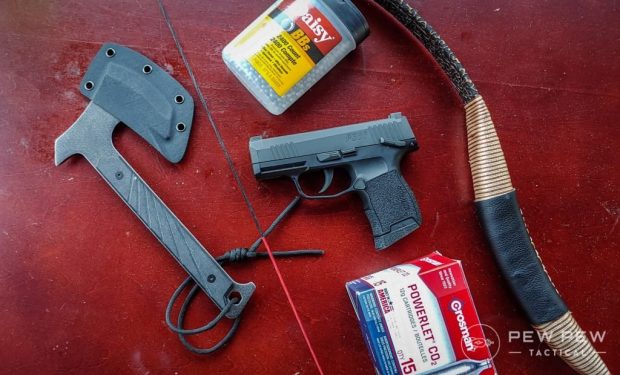 No need to stop training when ammo is no longer available.

The Case For The Modern Defensive Revolver 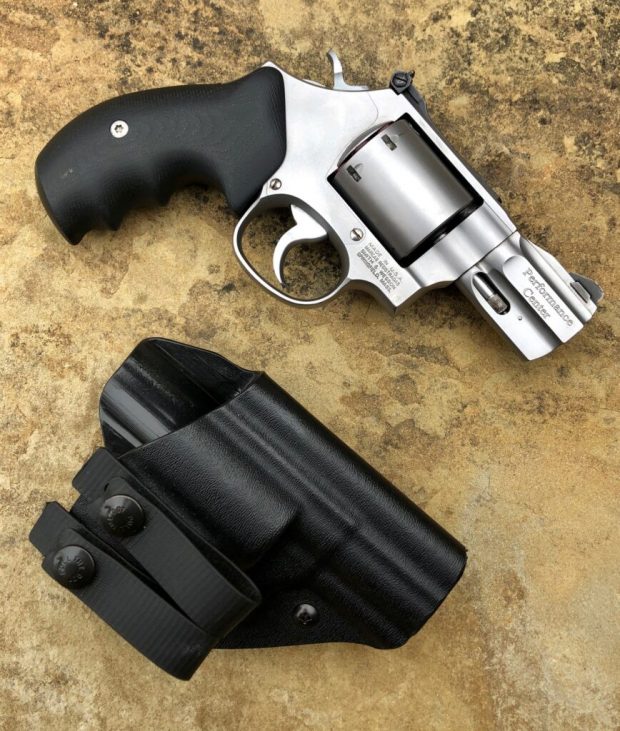 “Looking ahead, I believe that politics and the erosion of Second Amendment rights will heighten interest in revolvers in the future. Personally, I do not like the least qualified people on the planet making my self-defense tool choices for me, but sadly, we live in a reality where that is fast-becoming the rule, rather than the exception. I hope we will be able to protect our Second Amendment rights and our freedom to select our own defensive tools, but if we’re forced into a revolver decision, I am prepared for it. I think it would be smart for others to prepare for this possibility, as well.

On a positive note, they’ll find that if they can master a revolver trigger, they will generally shoot everything well.

The modern defensive revolver might be considered a niche tool by some, but it solves a lot of problems, for a lot of people. I think it will be around for some time to come.” 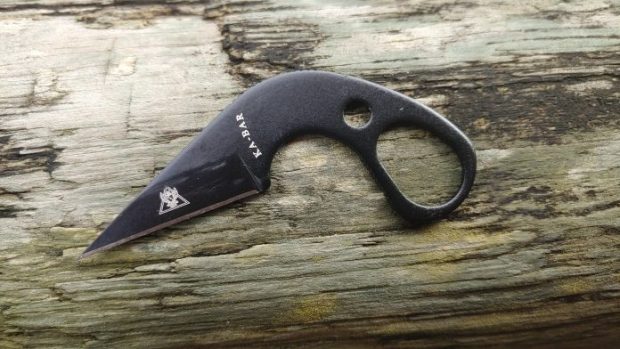 An excellent review of the knife I designed.  It’s easy to find on Amazon.

Double-Action Satisfaction: Getting The Most From Your DA/SA Semi-Auto 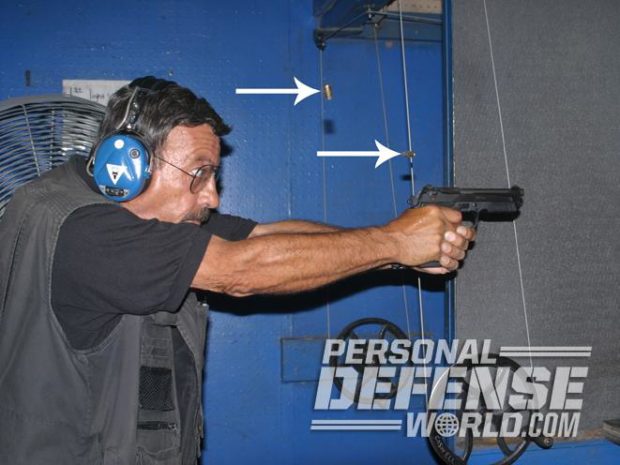 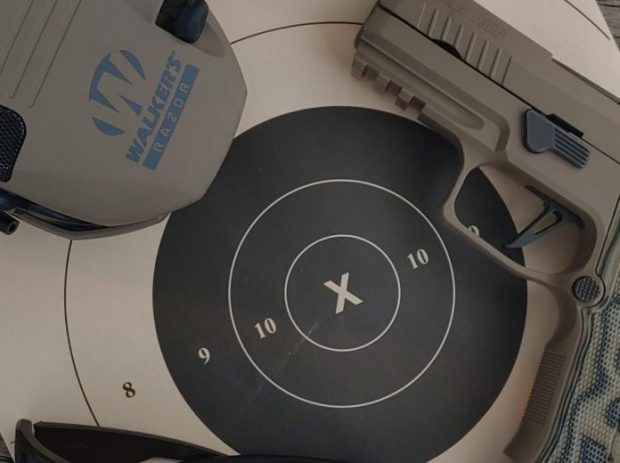 I really like this drill, especially with the 6-2-2 modification mentioned in the article.  You may also like Dave Spaulding’s “Do Good Drill.”  More?  Here are a few more good shooting drills from Gun Nuts Media. 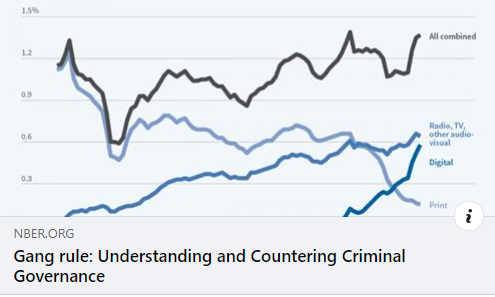 I’ve heard this issue being described as “Cartel-ification.” It’s when criminal gangs take over the roles of providing infrastructure, charity, and protection in states with failing governments.

The local drug gang builds schools, fixes roads, provides food banks, and keeps the neighborhood “safe” from thieves in exchange for the support of the locals. The gang provides charity and jobs for the people. The people keep their mouth shut when asked about the gang by governmental authorities.

This paper takes a look at exactly how this process works in Medellin, Colombia (one of my favorite cities in the world).
If I had to make a prediction about the future in America, I see a loss in faith in government programs, defunding public safety services, and a lot of informal “cartel-ification” happening here in the next decade.

Cecil’s thoughts on an ugly gunfight. 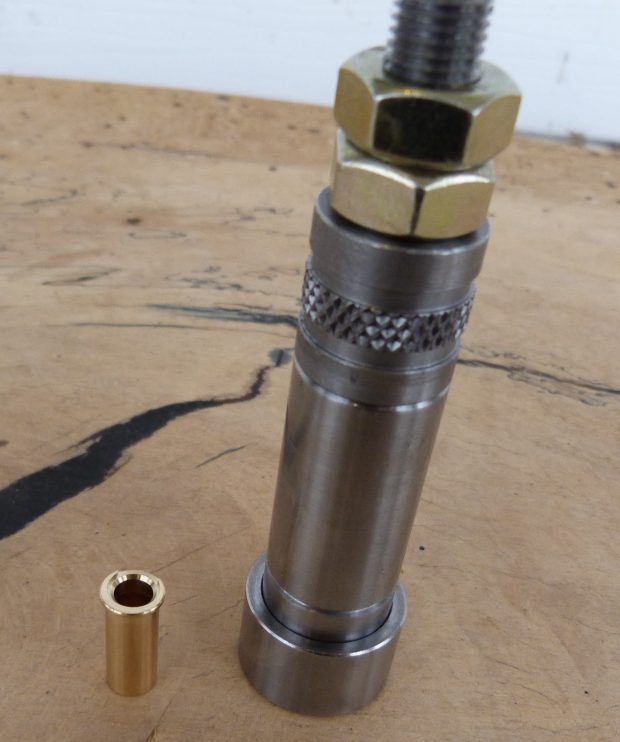 This might be useful information for some of you old gun aficionados.

What to Do If You’re Being Followed 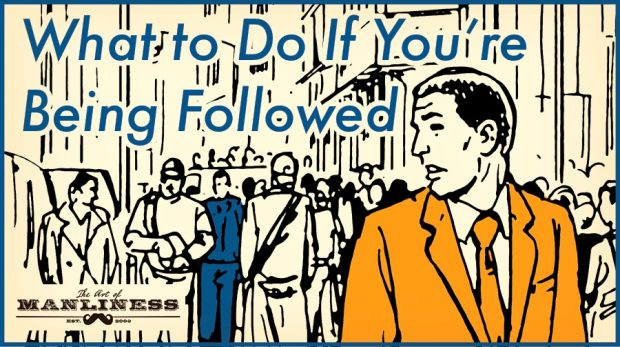 I generally like this advice, but I think for the normal person a constantly varied routine is wasted time.  Unless you know you have a stalker or are at high risk, I think you’ll be OK taking the same route to work every day.