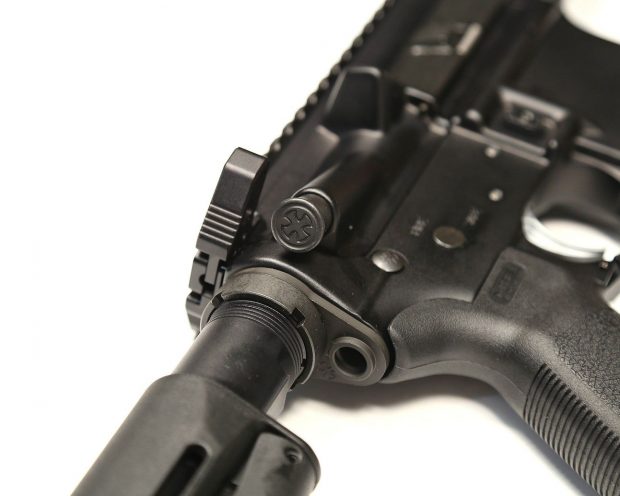 A letter to the American public: Why you must decide what you want from cops 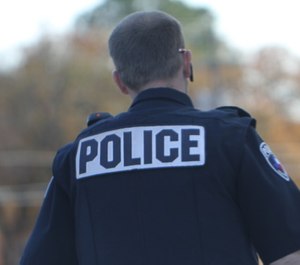 Do you want the pit bull or the golden retriever? You can’t have both.  For more information about the future of policing, you may also want to read Instigating Change In Law Enforcement.

You Will See These People Again and Again, But Not George Floyd! 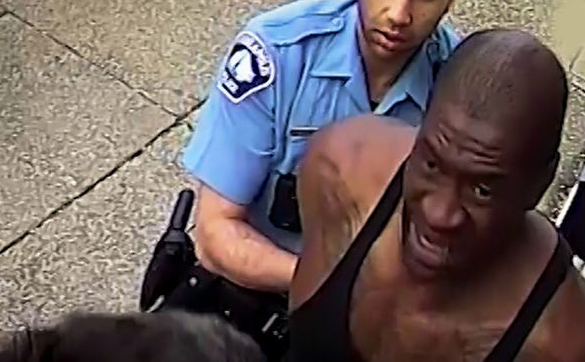 “Heroes are not prejudiced. Heroes solve problems. Be the hero. So, to you rookies out there, since Howard isn’t around to preach, don’t be stupid. You don’t treat people this way. You don’t man-handle them this way. Black, white or whatever. Like Howard said, “You will see them over and over again. Treat them right.”

Saving Yourself in a Crowd 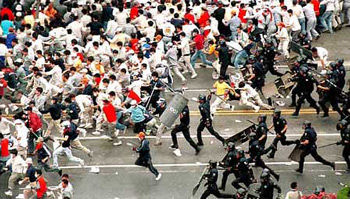 One of the best articles I’ve ever read covering dealing with violent crowds.

‘ACAB,’ ‘F*ck 12′: How to Translate Rioters’ Graffiti and Shouting 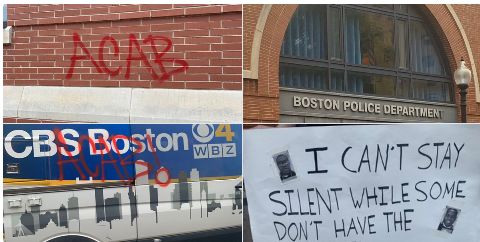 A quick translation of some of the most recent riot graffiti.

The Siege of the Third Precinct in Minneapolis 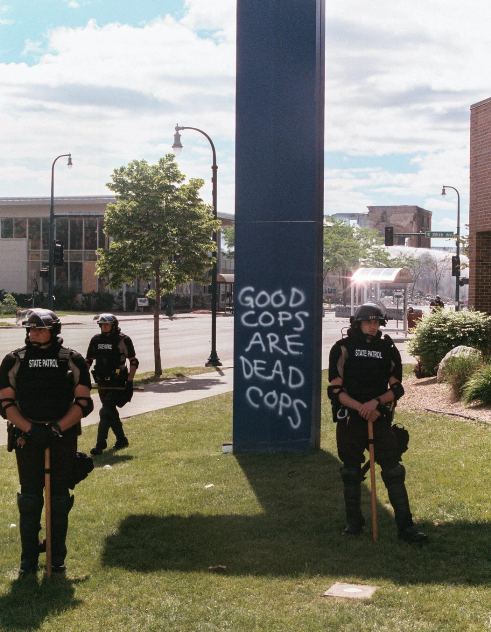 This is a play-by play analysis of the tactics rioters used to take over the police substation in Minneapolis.  It’s an important read for my cop friends as it presents a detailed look at how the rioters handled police interventions and seized territory.  It may also serve as a “playbook” for future actions.

Spotting Danger Before It Spots You: Build Situational Awareness To Stay Safe 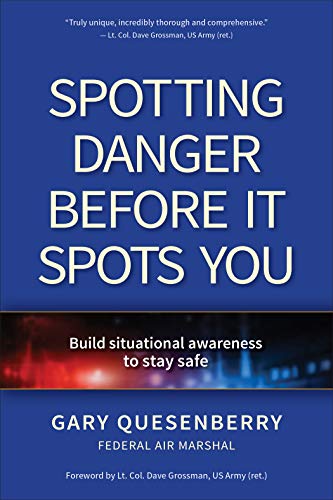 Shot Timers And Their Uses 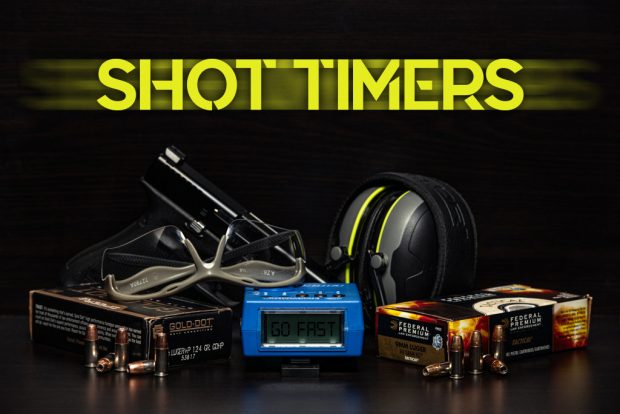 If you want to make measurable progress in your goal of becoming a better shooter, you absolutely need to use a shot timer.  I use the Competition Electronics Pocket Pro. but I’ve also had good luck with the PACT Club Timer. 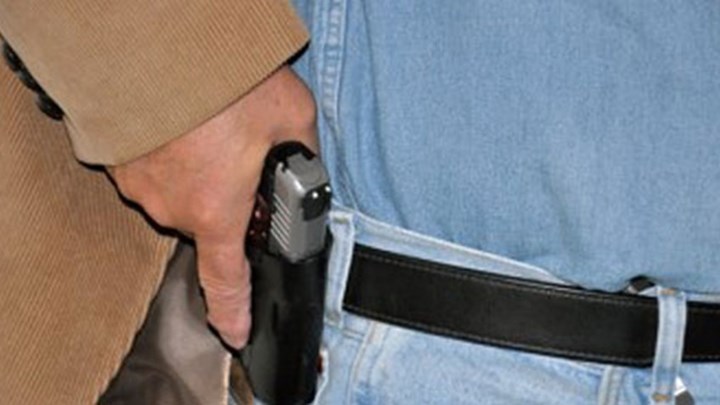 Once you get your shot timer, you can use it to monitor your progress on these suggested CCW carry drills.

Yet another open carry disarm.  If you think your openly carried gun deters crime, you are absolutely delusional.  Read this article.  In it I link to more than  70 news stories covering events where open carriers were attacked or disarmed. 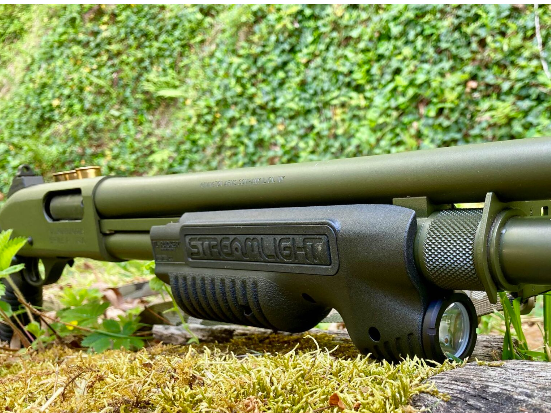 I have one of these mounted on one of my short-barreled 870s.  I like it, but it’s not the most ergonomic grip for practicing the push/pull method of recoil control. 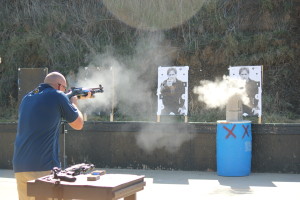 Some very useful advice from Mike Seeklander about the fighting shotgun. 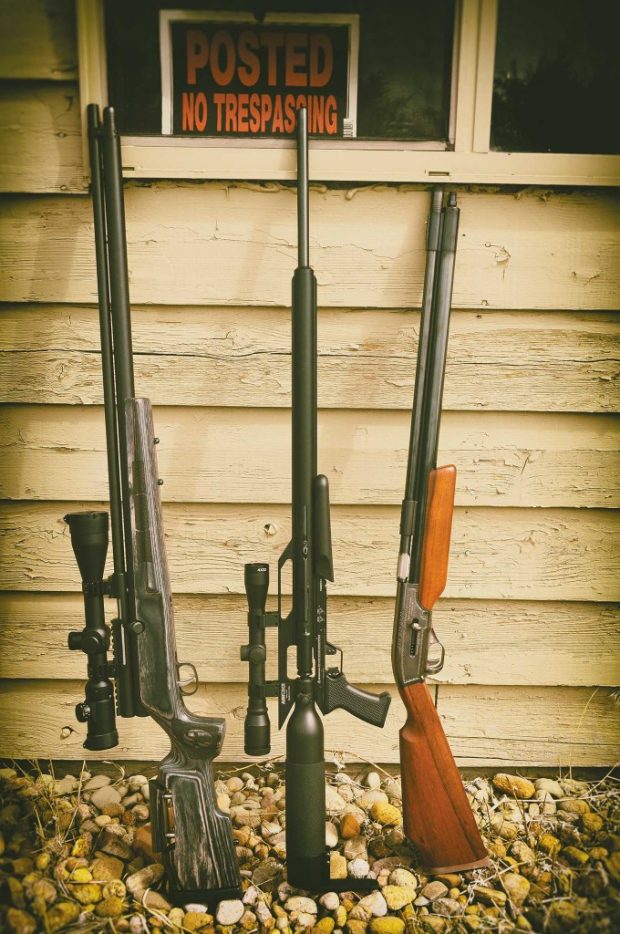 A lot of folks have no idea that such powerful air guns even exist.

The tale of Trinity’s carry gun: The Beretta 80-Series 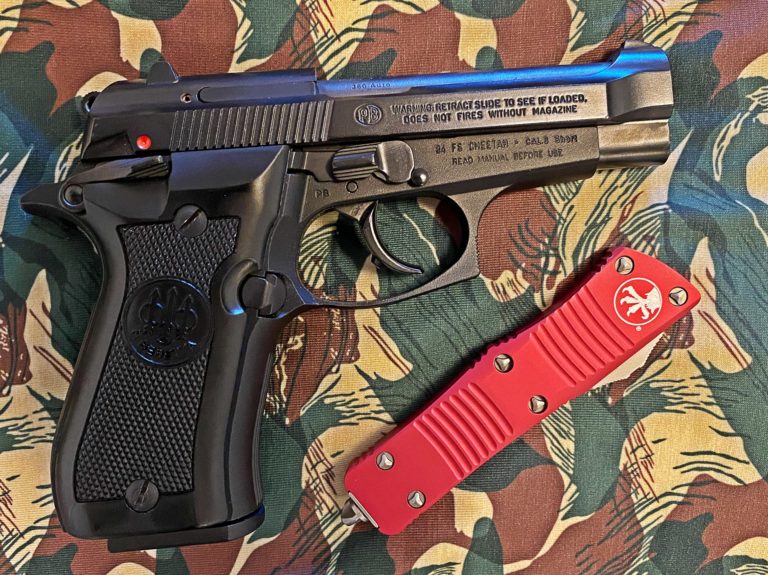 This gun is also very popular in Peru.  Down there, citizens are limited to owning .380 acp/.38spl handguns or smaller calibers.  Many of the savvy gunfighters in that country think that carrying 14 rounds of .380 is far preferable to carrying a five-shot .38 snub.  I would have to agree.

While we are discussing the relative merits of the .380 cartridge, check out this article that compares penetration and expansion rates between .380 and .32 acp cartridges.  You may also like All About .32 Pistol Cartridges.

My cop friends should realize that their cruiser rifle and shotgun racks may not be quite as secure as they expected. 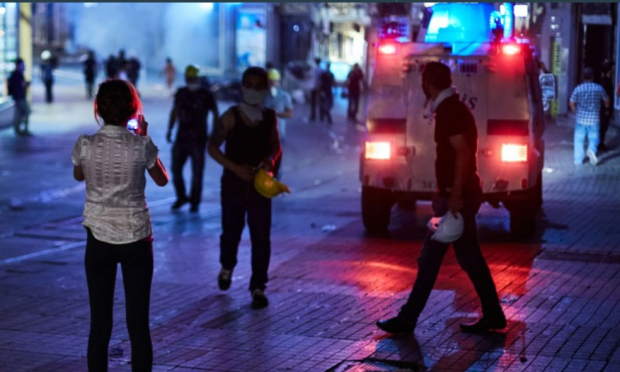 “Psychologically speaking, you can become inoculated to fear using familiarization. Like the body becoming inoculated by introducing a small amount of the vaccine and inducing a natural chemical reaction, the mind will react to familiarizing itself in such a manner as to cause a psychological inoculation.

When someone tells you a good joke for the very first time, you laugh out loud and slap your knee because it was so funny. Then you hear it again, and it’s not as funny so maybe you half-heartedly snicker. The next time you hear the very same joke you’re pretty much over it. These same mechanics apply to fear. The more you experience the same thing repeatedly, the more desensitized you become to that thing.” 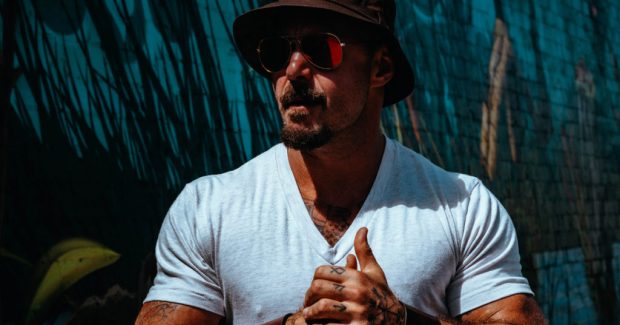 When We Play With Guns–But Shouldn’t

Melody shares some advice about avoiding the unnecessary handling of guns.

Is Awareness Mightier than the Gun? 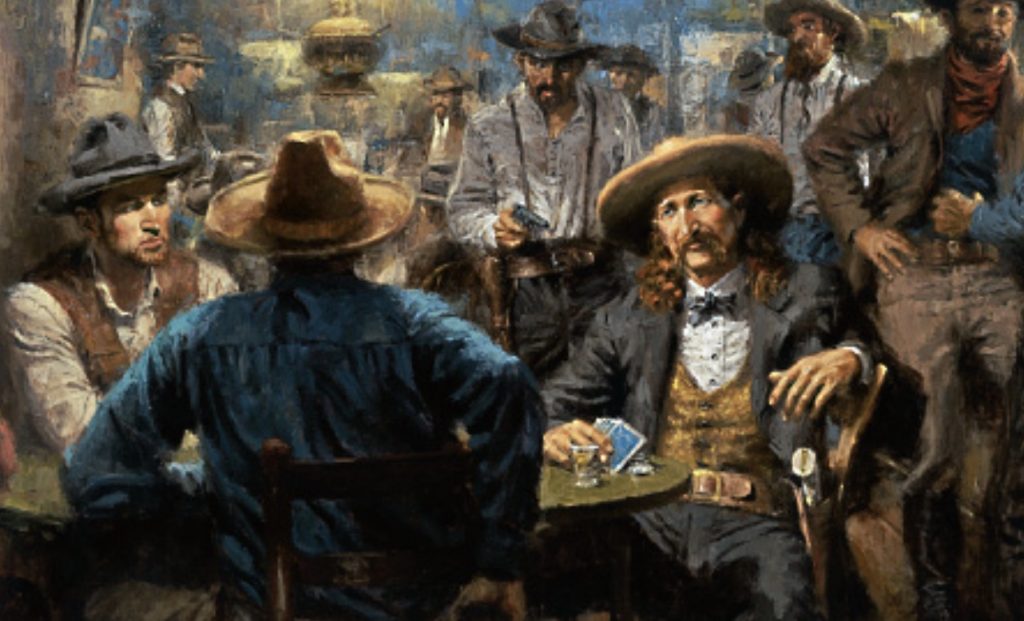 “Yes, being armed and trained for your own personal defense is good, but being so far AWARE and ahead of the game that you don’t HAVE to resort to using that firearm is best.” 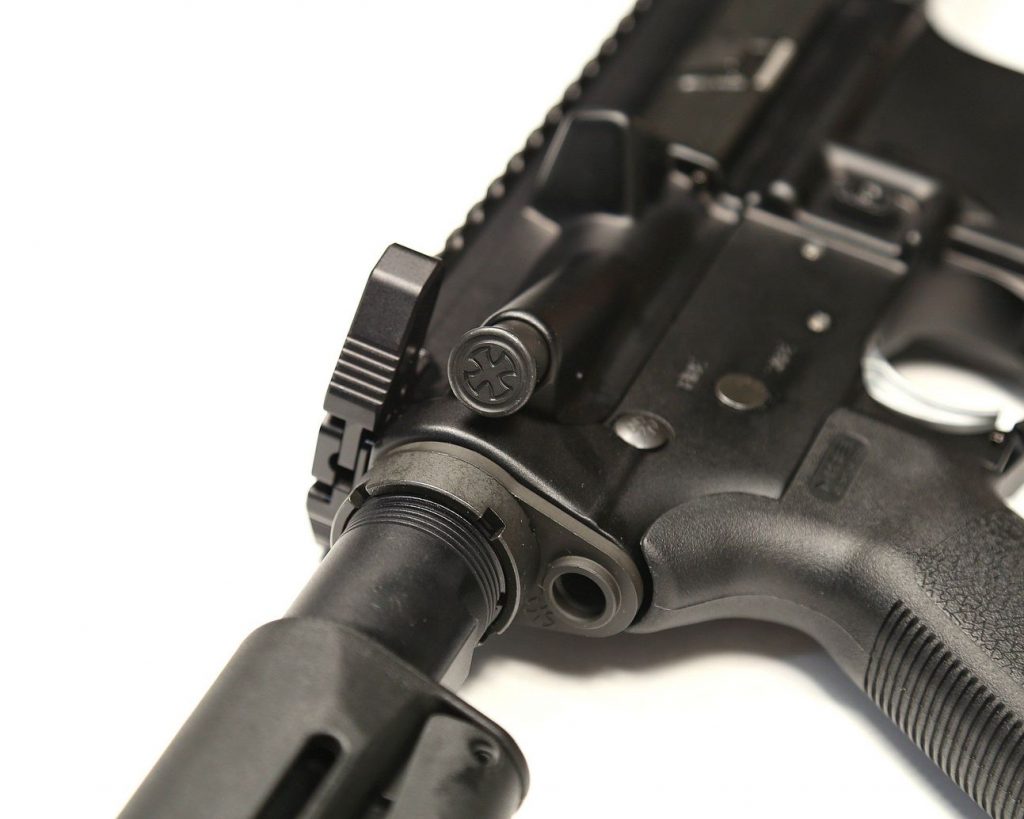 Is it a necessary feature, or a useless appendage of the AR-15 and AR-10 rifle platforms? 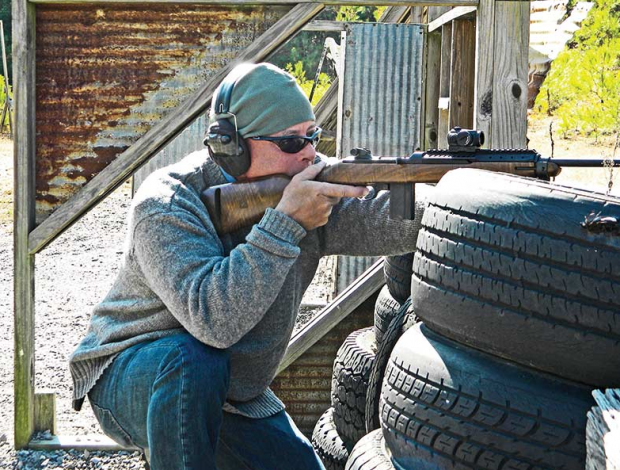 “What are you willing to risk your life for? Only you can answer this question. But, I recommend asking it in advance. Remember, fighting is problem-solving at high speed. The more questions you can answer in advance the more efficiently you arrive at a solution.

There are enormous responsibilities associated with owning/carrying a firearm for defensive use. You go out of your way to be polite with everyone, no matter how big a jerk they are. When you do see signs of possible trouble you avoid and escape. And, before becoming involved in a violent situation you always ask, “Do I know the details? Am I going to contribute to solving the problem? Is this worth risking my life?”

How to Cop-Proof Your Phone Before Heading to a Protest 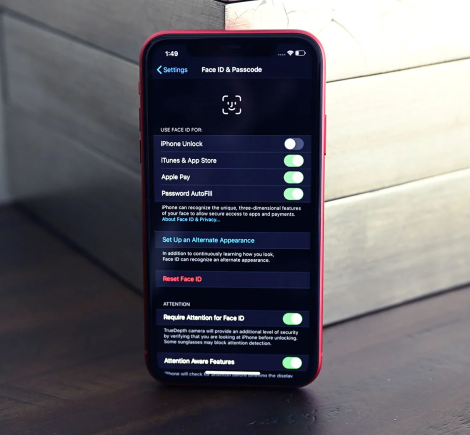 “At some point, everyone reaches a limit where they can no longer sit back and stay silent about injustice in the world. However, if you do plan on attending a protest—even a peaceful one—there are some important precautions you should take with your phone before you go.” 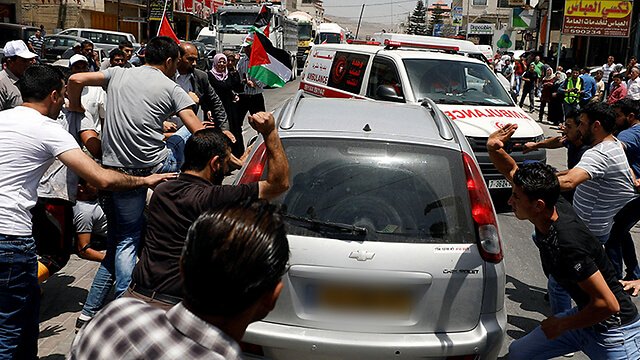 David Reeder shares an excerpt from the chapter on civil unrest in my new book.  You can find Choose Adventure on Amazon.com.

A fascinating video about the Mumbai Active killer terrorist Event in 2008.  The Indian government intercepted the terrorists’ phone calls to their Pakistani handlers.  The video shows a minute by minute progression of the event along with audio (with translation) of exactly what the terrorist were saying and the advice they were given by their handlers.  If you want to get into the mind of an active killer, this is a great reference. 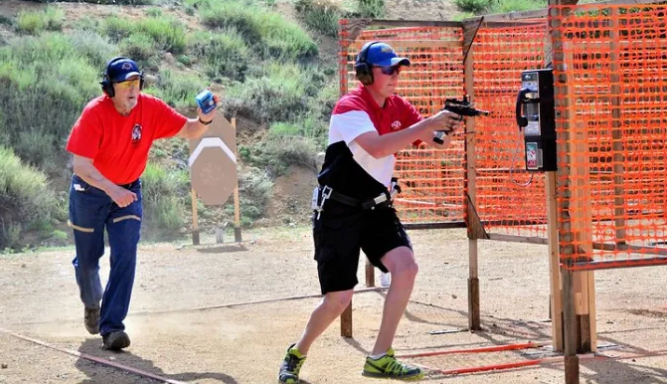 “This article is going to cover some excellent tips from World Champ Ben Stoeger on how to speed up your pistol shooting. You’ll be surprised at what is holding you back. “

Ben’s books are well worth reading.

3 Things To Know About Wheelchair CCW 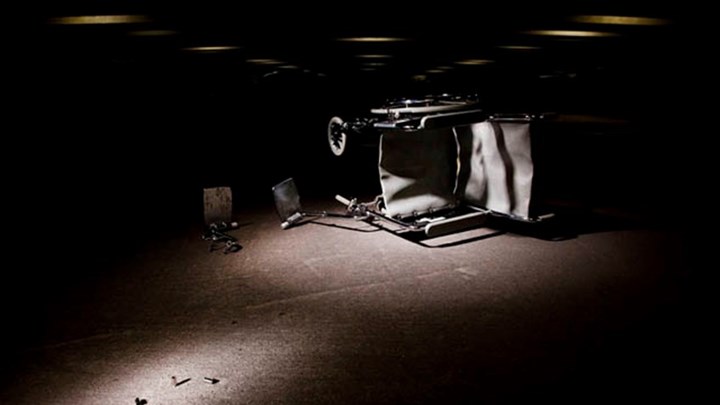 Carry issues for those of you who use wheeelchairs. 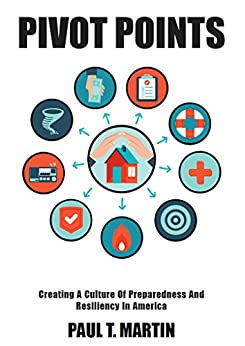 “I can hear some of you now: But Paul – preppers are supposed be stocking up on guns and ammo and toilet paper and carrying cool flashlights and tourniquets on them.  It’s not our job to be advocating for societal improvement.

It absolutely is our job to be advocating for societal improvement.  Our Founding Fathers did that precise thing: pledging their lives, fortunes and sacred honor for a cause greater than themselves.  This is what patriots do.  When we call ourselves patriotic, that means we need to be doing patriotic things.

And the way you do that is to build relationships with those who set the policies and support those in the community who are already working to move the needle.”

America on the Brink… again 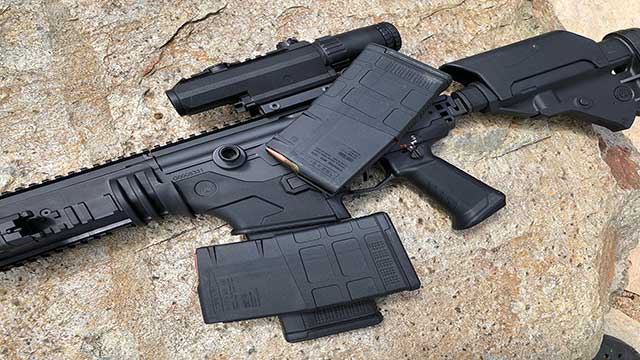 I think this podcast is the best hour you can possibly spend in learning how to survive riots and unrest.  You should also take advantage of the links at the end of the article and watch Michael’s free television programs on riot survival.