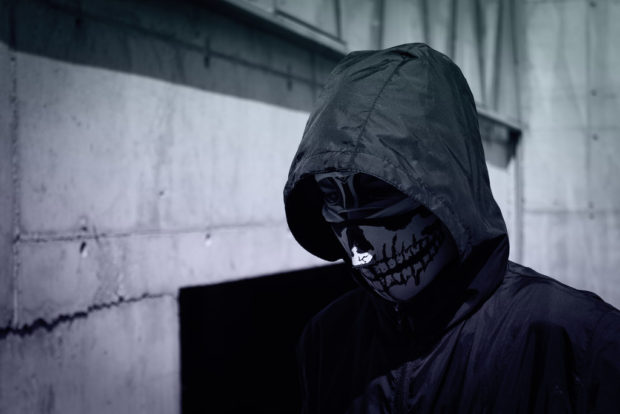 This is a guest post from my friend Ron Borsch.  He discusses a topic to which I haven’t given much thought.  We see an ever increasing number of violent “protests” from various political groups.  The real troublemakers in theses groups are often wearing masks.  Is legislation a solution?  Here’s Ron’s take on the matter.

Any news watcher has surely noticed that one common denominator in today’s riots is the wearing of some sort of mask. Anonymity is desired by persons who are unwilling to be identified and want to shed responsibility for their words, actions or presence. Wikipedia notes “The important idea here is that a person be non-identifiable, unreachable, or untrackable“. There may be reasons why some honest and law-abiding folks would want or need to be anonymous, but that is beyond this treatise. However, no reason would be sufficient to ignore the clue of masks, potentially excusing those who would commit crimes against property or even worse, crimes against persons. Law enforcement needs your help.

Citizens have a vested interest in seeing that their city or state has an Anti-Mask Law to maintain peace and good order. It is well established that evil-doers seek darkness and shadows to conceal their activity from witnesses. When criminals cannot avoid the light of day, they often use masks, hoodies, goggles or sunglasses, gloves, and when acting in concert with a group, an informal uniform, (with a second set of different colored clothing underneath), to conceal their identities. Along with an uncivilized, anarchic or criminal ideology, such anonymity would be an invitation to commit a crime or act violently.

“Some 15 states have anti-mask laws, as do many counties and municipalities. Most anti-mask laws do not target specific groups explicitly. Instead, they use neutral language, typically banning mask wearing that intimidates others. Overall the general trend has been toward upholding anti-mask laws, at least where mask wearers cannot show direct, specific evidence of harassment”.

Few would argue that wearing a mask is a right of free speech. Our Constitution does not guarantee that you can protest with a mask. “Laws designed to prevent anonymous demonstrating must be applied to all”. Just as criminals today, “Klansmen went hooded and masked because they were afraid of arrest”. “…the First Amendment doesn’t allow exceptions that depend on which side you’re on”.

Of course, your local law director is an important stake-holder in any legislation. To expedite the process, why not suggest the basic Georgia model passed in 1951 and has passed muster with the Georgia Supreme Court? Part of Title 16 of Georgia state code reads:

“A person is guilty of a misdemeanor when he wears a mask, hood, or device by which any portion of the face is so hidden, concealed, or covered as to conceal the identity of the wearer and is upon any public way or public property or upon the private property of another without the written permission of the owner or occupier of the property to do so.”

In 2004, Sonia Sotomayor, (now a U.S. Supreme Court Justice), was a member of a panel of the U.S. Court of Appeals for the 2nd Circuit that unanimously rejected the claim of a Ku Klux Klan offshoot that New York’s anti-mask law violated the group’s First Amendment rights.

Law professor Ruthann Robson wrote: “… In 1990, the Georgia Supreme Court in State v. Miller,… upheld the statute against a First Amendment challenge… Instead, the court required the mask-wearer to have intent to conceal his identity and further that the statute would “apply only to mask-wearing conduct when the mask-wearer knows or reasonably should know that the conduct provokes a reasonable apprehension of intimidation, threats or violence…”

Of course, this is an issue of legalese for attorneys to argue in a proper setting, but protecting the public from thugs has got to win out. A 2018 Federal bill (HR 6054 Unmasking Antifa Act) would have punished anyone wearing a mask or disguise who “injures, oppresses, threatens, or intimidates” someone else exercising a right guaranteed under the Constitution. Unfortunately, the bill did not make it out of committee and the sponsor, is no longer in office. My take is that such a mask law is probably better as a local or state law anyway.

“… opponents contended that most anti-mask laws violate the equal protection clause because they make exceptions for Halloween masks, masquerade ball masks, and masks worn for medical reasons, but not masks for political acts… These arguments convinced the California court in Ghafari but not the Georgia Supreme Court in State v. Miller (S.E. 2d 1990), which defended Georgia’s exemptions as distinguishing between threatening and nonthreatening masks…” Especially with unlawful protest, a mask does have an organizational history of violence. The Georgia anti-masking law “only prevents masked appearance in public under circumstances that give rise to a reasonable apprehension of intimidation, threats or impending violence.”

Your community should have something in place for a law, planning and training to protect the peace, its citizens and police officers. “Those that fail to plan, plan to fail”. While not all riots can be prevented, the size, length and duration can be managed or mitigated. Foresight is key. Is your Mayor or City Manager smart enough to let the people that know what they are doing, do what they know? It is insane to order police officers to stand down in the face of violence. Gathering intelligence on the Internet already works for criminal groups as well as it could for law enforcement. “An ounce of prevention is worth a pound of cure”. Preparation, planning, equipping, training and staffing for early and aggressive arrests can prevent an out-of-control riot. Citizens need to help support law enforcement with the legislative tool of an anti-mask law.

Paraphrasing an old saying: “Better to have an anti-mask law and not need it than to need it and not have it!” In practice, police officers should be proactive in enforcing anti-mask laws. Early, often and aggressive arrests work best before the surprise and overwhelming numbers of law-breakers happens. If anarchists have plans to overwhelm safety force resources in your community, is law enforcement aware with strategy and a counter plan? Does your community have an organized Riot unit available at least in a mutual aid format? A riot “Snatch squad”, trained to grab mask-offenders by surprise and hand them off to a transport crew is advisable. Protecting your community from thugs is paramount. What can you do to help?

About the author: Ron Borsch served our country as a paratrooper in Viet Nam, served the community of Bedford for 30 years as a police officer and trainer, thereafter was commissioned by seven SEALE Chiefs of Police to found, manage and serve as lead trainer at SEALE Regional Police Training Academy, (attended by 10 states), for a second career of 17 years. Today he manages PACT Consultant Group, which publishes a law enforcement newsletter, does pro-bono presentations for local civic groups, churches, schools and writes as a hobby