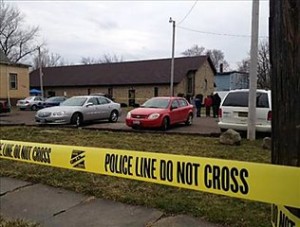 Are you prepared to deal with an armed threat in your place of worship? Maybe you should pay more attention to the nature of the potential threat. When we look at all Rapid Mass Murders that have occurred in this country, we find that the second most common place for them to occur is in a church or place of worship. Only schools have a higher rate of killings.

Churches attract these crazy people like moths to a flame. It’s extremely important to have a plan in place to deal with a crazed killer in your place of worship.

Don’t believe me? Check out the story linked below. Imagine those events happened at your church. Would you be prepared to deal with them? 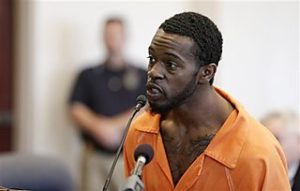 Here are some questions to ask yourself to see if you are prepared:

– Do you carry a gun at church? Why or why not? If you have a gun can you access it quickly?

– Take a look at your church. Many have very large rooms where the congregation gathers for worship. Could you make a shot with your carry handgun at the farthest distance a threat can appear from you in such a large room? When is the last time you practiced shooting that far? If you can’t make the shot what is your plan to move closer?

– Often during worship, lights are dim. Do you carry a bright enough flashlight to fully identify the threat from any range?

– What events would cause you to draw your gun and shoot?  Take a look at the scenario above.  Would you shoot the guy who is ranting at the pulpit with a gun in his hand or would you wait until after he has shot someone?  There isn’t any right answer, but you must know where your personal boundaries lie and what your “go” signal will be.

– Do you have a church security team? These are gaining in popularity and many churches now have them. If you don’t have a team, do you know who else is armed in your church? Do you have a plan to work together to stop the threat?

– If you plan on stopping the threat, who will take care of your family? Do they have a plan to get to safety?

– What can be used as cover or as an improvised weapon in your church?

– If your church has pew seating, do you sit near an aisle so that you can easily get out of the pew to address the threat?

– Who is the most likely target of a killer in your church? Do you have a high profile religious leader or engage in controversial political actions that might anger someone? How do you plan on protecting the people in your congregation who are at the greatest risk?

– What about less serious threats? Do you have a plan to deal with thieves or aggressive beggars?

– In many churches, children have “bible study” or separate worship sessions from adults. There may also be a “cry room”. Who is protecting the children in these locations?

If you can’t answer these simple questions, you are not prepared for a violent incident in your place of worship. It’s time to start doing some homework!