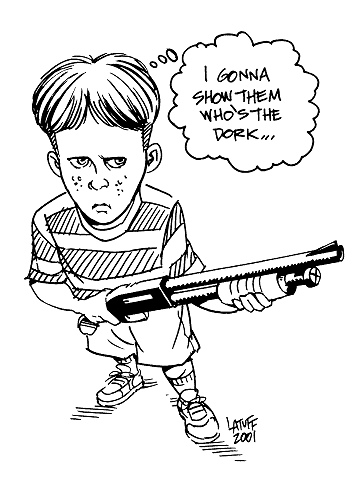 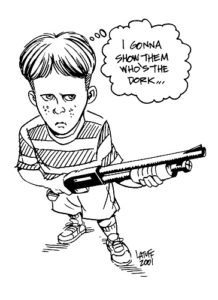 Cleveland-area police trainer Ron Borsch has been a friend of mine for many years.  Ron has studied the “active killer” phenomena in greater depth than anyone I know.  He recently published his latest statistical analysis of such events.

Ron prefers the more descriptive term of “Rapid Mass Murder” over the traditionally-used terms like “active shooter” or “active killer”.  Ron defines a “Rapid Mass Murder” (RMM) as “Four or more people being killed in less than 20 minutes in a public location.”  That encompasses most active shooter events as well as includes events where the killer used a weapon other than a firearm.

Ron’s statistics through November indicate that 2012 will set a new record in numbers of RMMs.   From 1975 through the Columbine massacre, “successful” and attempted RMMs in the US and abroad averaged one per year. Post-Columbine through 2010, the yearly average was four. Last year there were eight, and the total for 2012 through Thanksgiving was 9.

Some additional research you may find interesting (quoted directly from Ron’s newsletter):

WHO HAS BEEN STOPPING THE ACTIVE KILLER, AND HOW?

Before investing in any theory or propaganda, enlightened administrators and trainers should exclusively examine only successful aborts. “Stopping the killing” only occurs in slightly over half of “Rapid Mass Murder”© incidents. Significant, documented, verifiable, and repeatable research has identified what strategies and tactics work in stopping the killing. In summary, they are:

Most Dangerous Months for RMMs

In looking at Ron’s research, it is clear that time is of the essence in stopping an active shooter.  As cops, we need to be training in single officer response tactics.  If a single unarmed citizen stops more than half of all rapid mass murders, why are we cops (who have pistols, rifles, and armor) waiting outside until we can get a “team” to confront the shooter?  We really need to change our thinking about this type of response.

We also need to be providing armed citizens with “advanced CCW” classes that prepare them to deal with an active killer.  There is far more likely to be an armed citizen already on the scene of a rapid mass murder than a uniformed cop.  We need to empower those folks with the knowledge they need to neutralize the shooter.