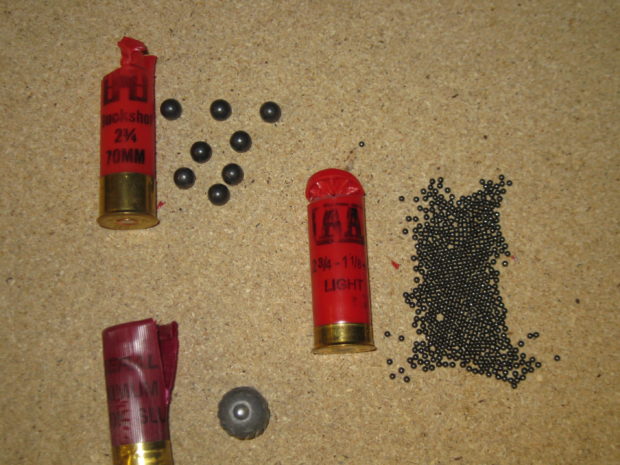 Take a look at this article.   Tacoma man shoots would-be burglar in the face

The link above shows what happens in  a typical birdshot defensive shooting. The birdshot created the desired response (stopping the attack), but it certainly didn’t incapacitate the burglar. If the burglar had been armed, do you think he would have been out of the fight?  I don’t. 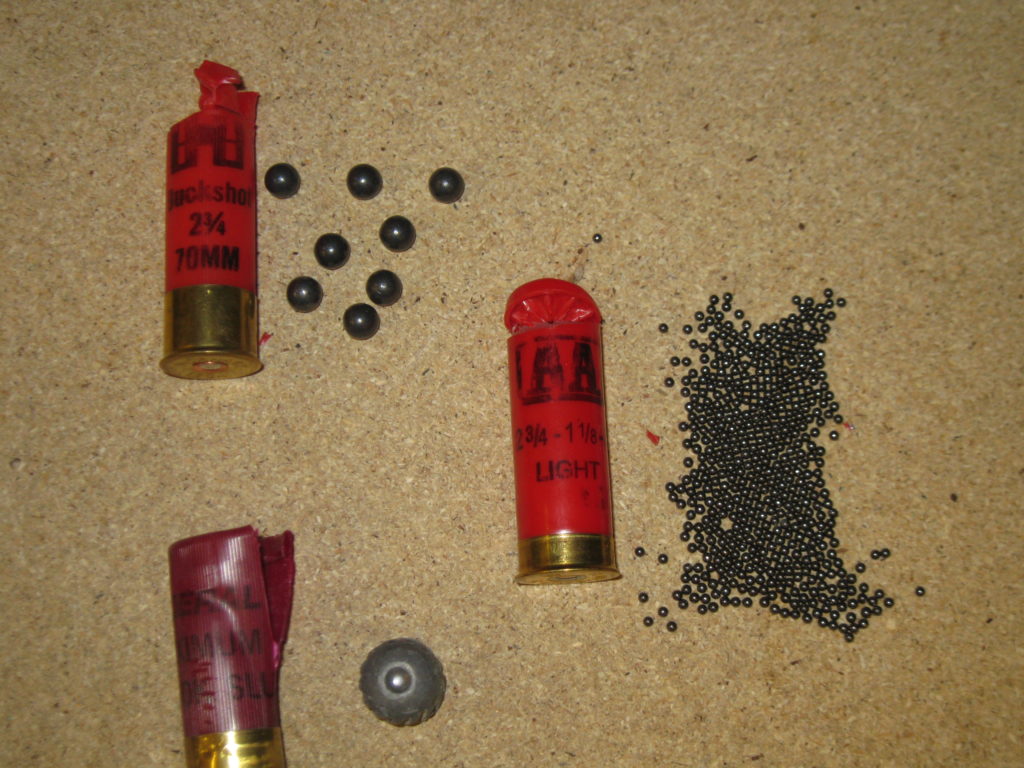 People stop their attacks for a variety of reasons after they have been shot.  Some stop because of pain.  Others stop because of shock.  Still others are physically incapacitated by blood loss or organ damage.  We can’t rely on shock or pain to stop an attacker who is exceptionally motivated, mentally ill, drunk, or on drugs.  We must achieve physical incapacitation.  That happens either by hitting the brain or upper spinal cord (causing death or paralysis) or by doing enough damage to organs and blood vessels that the bad guy collapses from blood loss.

Birdshot doesn’t reliably penetrate deeply enough to hit those vital targets, especially if your target is wearing heavy clothing or behind a piece of cover. 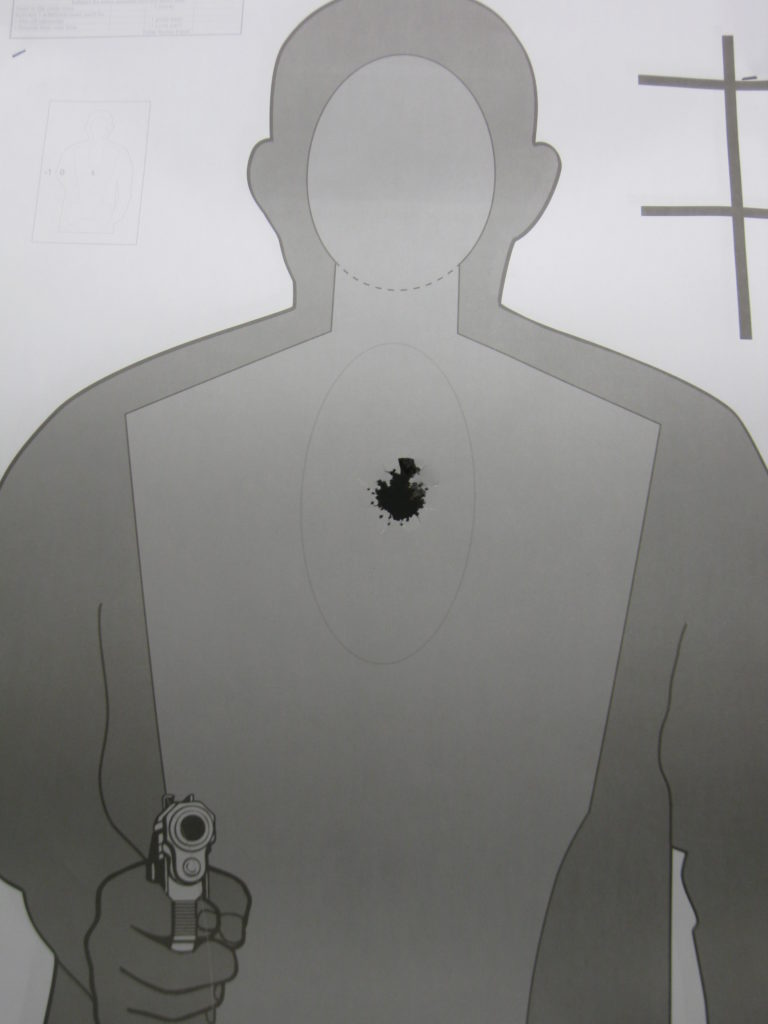 Birdshot pattern at 10 feet. This will probably do the job. 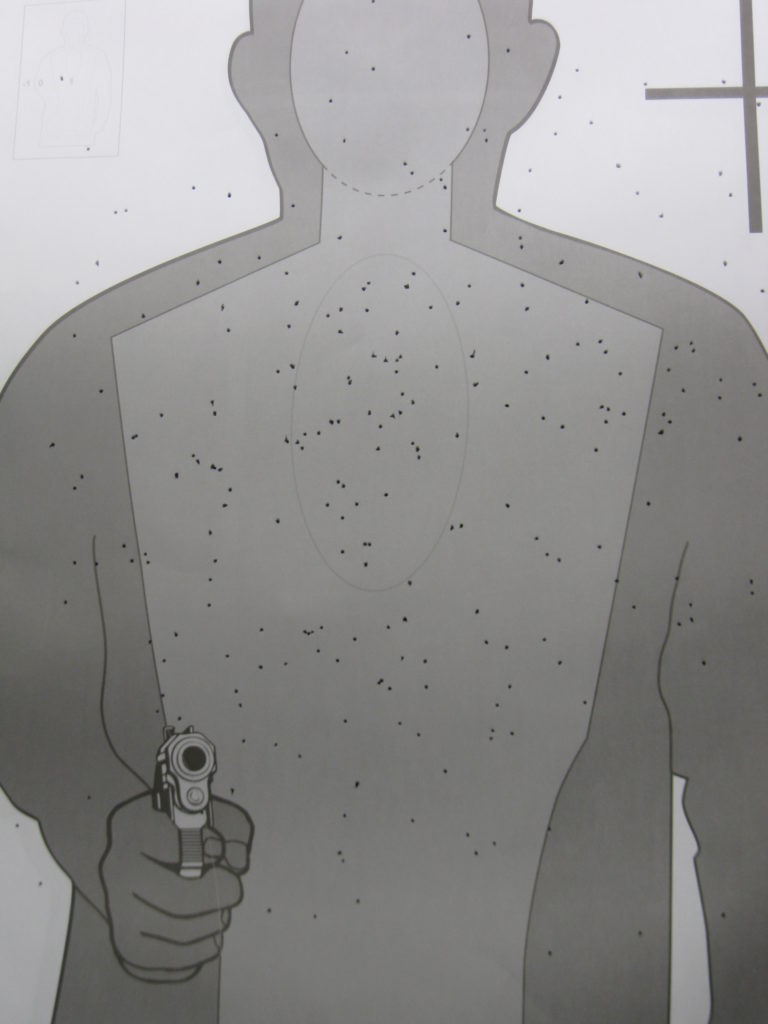 The same load at 50 feet isn’t likely to be as effective.

Still don’t believe me?  Here is a video my friend Tim Chandler shows in the shotgun classes he teaches.  It is video footage of a Seattle college library shooting in 2014.  Tim comments:

“I use the video in class and argue that if birdshot will not reliably take down an oblivious coed from 6-8 feet, it’s probably a bad idea to use on a violent felon trying to kill you.”

All of the above results were from shootings with 12 gauge shotguns only.

While there were many other shootings where the criminal stopped his action and fled (similar to the one linked to above) without being incapacitated, relying on that isn’t always a good bet.

Birdshot can work as a self defense round at close range against unarmored targets, but it is rarely the best choice. I’ve shot birds that didn’t stop after a hit from birdshot. Do yourself a favor and buy a box of buckshot. Is $5 too much to pay for your life?