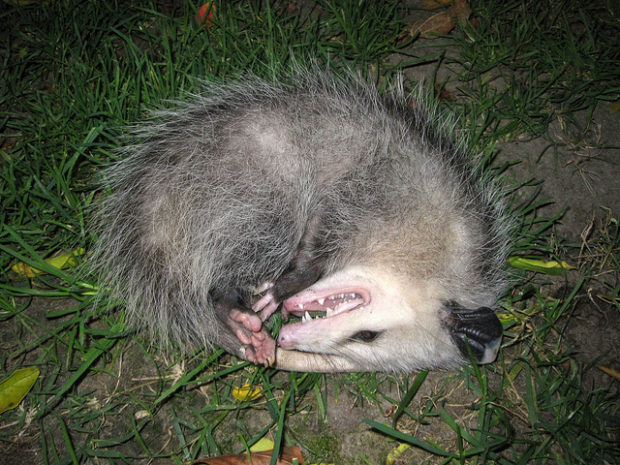 At least one of the students in last week’s Uvalde school shooting survived by playing dead and covering herself with blood from her now deceased friend in the classroom.  Read about it here: The quick thinking young girl. Photo from article linked above.

“When an 11-year-old student at Robb Elementary School in Uvalde, Texas, saw her friend get fatally shot in front of her inside their fourth-grade class Tuesday, she went into what her aunt called “survivor mode” and smeared the other girl’s blood on her body to convince the gunman that she, too, was dead.

“My sister-in-law said is that she saw her friend full of blood, and she got blood and put it on herself,” Blanca Rivera told station KPRC of her niece, Miah Cerrillo.

Before playing dead, the quick-thinking girl also managed to grab her dead teacher’s phone and call 911 for help.

Miah survived one of the worst mass school shootings in US history, but her family says the harrowing ordeal has left her traumatized.”

I am regularly asked my opinion about “playing dead” during an active killer attack.   This strategy appeals to people who have a peaceful, non-confrontational demeanor.  People who really don’t want to develop the skills necessary to fight effectively will be drawn towards the almost magical appeal of feigning death.  They think that the attacker will pass them by and move on to another victim.

Sometimes it works.  Despite this strategy’s broad appeal and its occasional success, I don’t generally recommend it.  For every instance where it works, I can provide you with several others where it didn’t.

We first learned this lesson during the mass school shootings at both Columbine High School and Virginia Tech.  In both events, the shooters went back through the piles of bodies to shoot people who had been playing dead.  In fact, the Virginia Tech shooter actually practiced shooting students playing dead at a public shooting range before the attack.  He placed targets on the ground in long rows simulating students hiding under desks.  He walked along an imaginary “aisle” between these rows of students and practiced shooting down into the ground.  Several people reported seeing this practice session after the shooting took place, but no one thought to report the shooter at the time of his practice session. An even more recent event that shows the futility of playing dead was the Orlando Pulse Nightclub shooting. Like the shootings mentioned above, the Orlando killer moved past the “dead” victims several times during the attack, firing additional shots at the unmoving bodies.  One victim described what happened as he played dead on the dance floor:

“‘I was shot about three times in my leg, so I had fallen down. I tried to get back up, but everyone started running anywhere. I got trampled over, and I shattered and broke my bones on my left leg. So by this time I couldn’t walk at all,’ he said.

He briefly thought he had escaped death, when the shooter turned his weapons on victims in another part of the club.

‘He goes into the other room, and I can just hear more shots going on. I thought I was a little safe at this time because, you know, it’s giving everyone time to tackle him down or get him down,’ he said.

‘Unfortunately, I hear him come back, and he’s shooting everyone that’s already dead on the floor. Making sure they’re dead,’ Colon said.

‘I can hear the (gunshots) closer, and I look over and he shoots the girl next to me. And I’m just there laying down. I’m thinking, ‘I’m next. I’m dead.”

The gunman shoots the already wounded Colon twice more, but somehow, the survivor said, ‘by the glory of God, he shoots towards my head but it hits my hand.

‘Then he shoots me again and it hits the side of my hip,’ he recalled.

Colon was careful not to give away the fact that, despite having a half-dozen bullets lodged in his body, he was not dead.

‘I had no reaction. I was just prepared to just stay there laying down so he won’t know that I’m alive,’ he said.

‘And he’s just doing this for another five, ten minutes. He’s just shooting all over the place.”

Playing dead should only be a tactic you employ when you have exhausted all others.  Save playing dead for a time when ALL other options have failed.  If you are caught up in an active killer attack, armed resistance is your best strategy.  If you are unarmed, try to escape.  If that doesn’t work, try to “lock down” and barricade yourself until police arrive to help.

All of theses strategies have a higher success rate than playing dead.  The only time you should consider playing dead is when the above listed strategies are impractical or have failed.  Even then, playing dead doesn’t have a great track record of success.

Save the theatrics for the opossums.

Playing dead may work for Mr. Opossum, but it doesn’t work as well for humans under attack