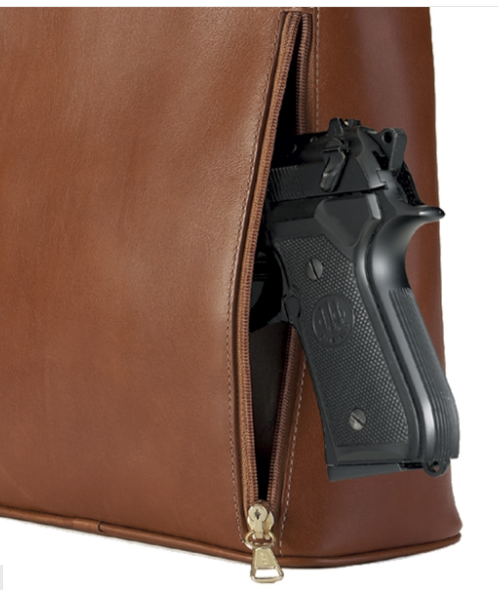 I’ve heard some true horror stories about traffic stop interactions between cops and people with concealed carry handgun licenses.  To be honest, while I occasionally hear about CCW carriers doing stupid things from my cop friends, I hear far more stories from my gun students about police officers acting paranoid and unprofessional while dealing with a legal CCW carrier on a traffic stop.

I hear stories about cops immediately drawing guns upon being informed that the CCW licensee is armed.  I hear stories about cops handcuffing CCW carriers “for their safety” and seizing carry guns for the duration of the stop.  I’ve had friends tell me how scared cops have taken their CCW gun, disassembled it and given it back to the motorist in pieces at the conclusion of the traffic stop.

Barring an exceptionally rare circumstance, all of these actions are overkill on the part of the cops who perform them.  I hate hearing stories about my fellow cops victimizing CCW carriers for exercising their legal right to protect themselves.

I do what I can to avoid treating CCW carriers with paranoia.  I work hard to ensure that should I stop a CCW licensee, the encounter goes positively for both of us.  After all, if the person I’m stopping has gone to the trouble of getting a CCW license, I know he doesn’t have a serious criminal record.  If the CCW carrier informs me that he or she is carrying, I know that the person is trying to obey our state’s LE notification law and probably isn’t trying to kill me.

On my typical traffic stop with a CCW carrier, our dialogue usually sounds something like this:

“Officer, I have a concealed carry permit and am supposed to tell you I’m carrying a gun.”

“It’s in a holster in my right front pants pocket.”

“OK.  Please don’t touch it during the duration of the stop.”

That’s it.  No handcuffing.  No unloading guns.  No drawing my own weapon in response.  These stops don’t need any more drama than any other traffic stop I make.

In fact, I’m more inclined to give the CCW carrier a warning rather than a ticket if the cause of the stop was just a minor traffic violation.  I also usually end up thanking them for undertaking the responsibility to care for themselves by going armed.  I’ve never had a problem with any of the CCW licensees I’ve stopped since our state first allowed concealed carry more than 10 years ago.

With this said, I stopped a person for speeding last week.  She had a CCW license and was carrying her gun.  The stop was a little more challenging than some other stops I’ve conducted.  I think both CCW carriers and my cop readers could benefit from reading about what happened.

Before making the traffic stop, I had already run the woman’s license plate.  I knew the owner of the car had a CCW license.

I approached the car, introduced myself and notified the woman why I was stopping her.

She was smiling, seemed very friendly, and wasn’t aggressive in the least bit.

The dialogue went in a similar fashion as the example above, with a slight wrinkle:

“Officer, I have a concealed carry permit and have my gun with me.”

“It’s in my purse right here on the passenger seat.

“Great.  Please don’t touch it while I have you stopped.  Do you have your driver’s license?”

That complicates things a bit.

As a concealed carrier, can you see how that action might be troublesome from the perspective of the cop pulling you over?  I don’t really think you want to hurt me, but if I instruct you to reach into your purse for your license and you decide to draw your gun instead, I am way behind the action/reaction curve and will likely take a couple rounds before I get my gun into play.  Even if the cop doesn’t think you are a threat, most cops still don’t want to place themselves at such a disadvantage should their assessment of your intentions be incorrect.

The driver in this stop realized what was going on and recognized that if she went for the license I requested, it may look like she was drawing her gun.  I told her that I understood what was happening and requested that she slowly retrieve her license from her purse without touching the gun.  She did so and handed me her license.  Everything worked out fine.  But I’m a cop who has spent almost two decades training responsible armed citizens.  I’m someone who is comfortable around people handling guns.  Many officers are not.  Many officers would not have wanted a CCW carrier to reach anywhere near the weapon and might have escalated the incident.

I think this case provides an excellent instructional example for both my CCW readers and my fellow cops.  What could she or I have done to prevent a mistaken shooting and ensure that we both have a more positive interaction?

If you are a person who carries a gun in your purse, do you carry your ID or permit in the same bag?  Do you see how that might be problematic during a traffic stop?  What can you do to avoid creating a hazardous situation if you get stopped by a cop who is a little more paranoid and twitchy than I am?

At the conclusion of the traffic stop, I talked to the driver about a better option.  You know the cop will be requesting your driver’s license and CCW permit on a traffic stop.  If they are physically in close proximity to your concealed firearm, it might be a better idea to pull them out as soon as you are stopped and have them in hand by the time the officer approaches your car.  That way you won’t be reaching towards the weapon while the cop is standing nearby.

Some cops don’t like this idea.  A lot of cops don’t want anyone reaching into any part of the vehicle while the traffic stop is taking place.  I can understand that concern, but in actuality probably 80% of the people I stop immediately reach into wallets, purses, and glove compartments to get the documents they know the cop will be requesting.  People do it so often that it is almost impossible to prevent.  Why not just let the person gather his or her documents before making the approach?

I usually sit in the car for a couple seconds after the stop, allow them to get whatever they are grabbing, and then make my approach.  I stay behind the vehicle “B-Pillar” where it is hard for a driver to see me until I verify that there are no weapons in the driver’s hands.  In this case, if the driver had accessed her driver’s license before I got out of the car, she wouldn’t have to reach near her gun when I am standing at her window.  I think it’s a good solution.

This isn’t solely relevant for the ladies carrying purses.  Some guys pocket carry small pistols behind their wallets (so that the wallet will disguise the outline of the gun in the pocket.)  It’s an identical situation.  Reaching for your ID puts your hand uncomfortably close to the gun.  Have your ID in hand before you notify the cop you are carrying.

For my cop readers, how could you handle this situation in a safer manner if you didn’t want to just let the driver reach into her purse?  Here are a couple options:

Option One- Don’t ask for the ID or permit.  You can determine a driver’s status and CCW permit information by running their license on your MDT.  You don’t actually need to see the OL.  Ask the driver to keep her hands on the steering wheel and give you her name and date of birth.  Run the license on your computer and she won’t have to reach towards her purse.

Option Two- Ask for permission to obtain the license yourself.  If the driver agrees, have her exit the vehicle and stand by the front of the car while you reach into the car and obtain her license from the purse.  Most drivers would probably agree to this, but while safe, it seems a little excessive to me.  I’d probably only use this technique if my MDT was down and I couldn’t verify driving and permit status via the cruiser computer.

Cops really don’t want to shoot law abiding citizens.  Citizens don’t want to be mistakenly shot.  It’s incumbent on both parties to work to make sure their common goals are achieved.  Citizens need to look at their actions from the perspective of a scared police officer and do as much as possible not to make a potentially unstable situation any worse.  Cops need to recognize that not everyone with a gun should be treated like a criminal.  My cop friends need to think through scenarios like this and pre-plan a response that is safe for both themselves and the citizen they have stopped. 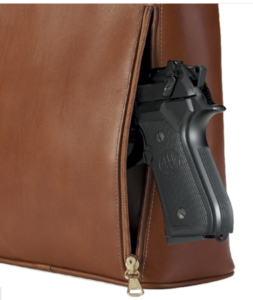