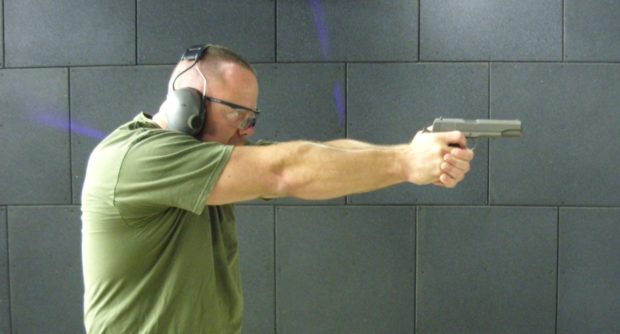 “If you know your enemies and know yourself, you can win a hundred battles without a single loss.” Chinese philosopher Sun Tzu said this over 2000 years ago in his book The Art of War.  It’s hardly new advice.  Yet it is just as useful now as it was so many centuries ago.

Armed citizens spend countless hours trying to find the perfect weapon system, combining the best size, accuracy, reliability, and stopping power into one easy-to-carry package.  They try friends’ guns.  They read gun magazines.  They study every gun website on the internet.  They are truly taking Sun Tzu’s advice above as they attempt to “know themselves”.

But how much time does the average CCW permit holder spend on the other portion of that quote?  How many of you spend an equal amount of time studying criminal behavior in order to “know your enemy?”  Most of my students don’t study criminal behavior nearly as much as they should.

There are several reasons for this phenomenon.  The primary reason is that most honest citizens don’t come into contact with hardened criminals on a daily basis.  They don’t personally know any criminals and have no direct experience dealing with them.  Without having regular contact with criminals, honest citizens are forced to rely on research done by others.  Most criminological research isn’t all that interesting or relevant for the law-abiding citizen.  The available academic research simply doesn’t answer many of the questions the average person cares about.

The lack of available research leads to real preparation problems for the armed citizen.  How does a person choose what type of weapon to carry when he doesn’t have a good idea of the threat he faces?  Wouldn’t knowing the types of weapons criminals carry be important information to have before deciding what type of weapon you should carry?  Remember Sun Tzu’s quote above; we need to know both ourselves AND our enemies.

There hasn’t been a whole lot of published research on the subject of criminal weapons.  There are numerous studies from the FBI and US DOJ about weapons used in crimes, but they don’t go into great detail.  Most only identify if the weapon used by the criminal was a firearms, edged weapon, or impact weapon.  If the reports supply additional information about firearms, they seldom track individual weapon types, calibers, and ammunition.  Most papers only classify the weapons used in crimes as “handguns”, “rifles”, and “shotguns”.  That’s not enough information for the armed citizen.  He or she needs to know more details about the threats they face.

In my full-time job as a police training officer, I have much better access to criminal weapon information than the average citizen has.  In fact, all the guns my department seizes from criminals end up in my office after the cases have been adjudicated.  I get regular packages containing a crime report, a gun, and the ammunition loaded in it crossing my desk.  I then test fire all of these weapons with the exact ammunition they were loaded with during the time of the crime.

Over the past several years, I have been collecting information about these weapons to share with my officers and the students in my classes.  Please keep in mind that this is a very small sample of weapons and depending on your locale, it may not reflect the threats that YOU face.  My police agency is relatively small and patrols a very affluent suburban community in the Midwest.  The crime rate in our city is very low.   It certainly isn’t Miami or Los Angeles, but over time, I’ve amassed quite a database of criminal weapons and ammunition.

A few of the handguns seized from criminals

Additionally, I did not include toy guns, replica firearms, or airsoft guns in the total of weapons seized.  Police departments regularly find that criminals use air guns or toys to commit crimes.  One study estimated that 15% of armed robbers used toy guns during the commission of their crimes.  All of the weapons in this study were actual firearms, not toys or airsoft pistols.

As I stated above, this study contains the details the most recent 85 firearms taken from criminals by my agency.  Of those 85 guns:

We had a wide variety of firearms manufacturers included in the database.  Companies that represented the most seized guns were:

Nine of the 85 weapons were completely broken and unable to function.  17 more of the guns had limited functionality because of frequent (at least 1 in the first 3 rounds I fired) malfunctions, lack of magazines (5 guns), and other problems like incorrect magazines, and internal parts breakage that lead to inconsistent firing. 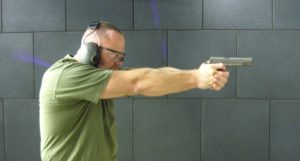 It was quite shocking to me to note that many of the guns we seized were unloaded.  Here’s the breakdown:

The handguns we seized were of the following calibers:

When the guns were loaded, they contained a strange mix of ammunition.  Of the loaded handguns:

A couple of other interesting notes on ammunition:

–          All of the .357 magnum revolvers were loaded with premium hollowpoint ammunition

The most likely firearm threat a citizen in my community is likely to face is from a handgun.  Roughly 79% of the weapons we take from criminals are revolvers or pistols.  This echoes the statistics gathered by the US Department of Justice on crime-related firearms injuries.  Their research states that 82% of crime victims that received gunshot wounds were shot by handguns.

Those handguns are not always the cheap and easily concealed “Saturday Night Specials” that criminals stereotypically carry.  Dr. James Wright, in his book “Armed and Considered Dangerous” found that the criminals he studied preferred larger, more powerful, and more reliable handguns over smaller, cheaper, and more easily concealed ones. 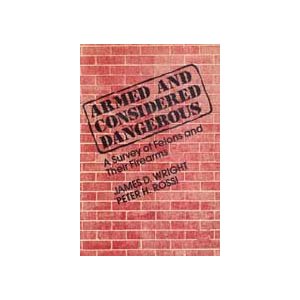 My data bears this out.  Of the 67 handguns carried by criminals in this study, only 17 of them (25%) were below .35 caliber.  The vast majority were medium to larger caliber weapons.

The guns were not all cheaply made either.  The three most commonly represented handgun manufacturers in this study (Ruger, Smith and Wesson, and Glock) are generally known to make quality, reliable handguns.   Only about 23% of the guns we took from criminals could be considered “Saturday Night Specials”.

Previous research conducted by the Bureau of Justice Statistics tells us that in all criminal victimizations with firearms; only 11% of the victims were shot or shot at.  When criminal attacks with all weapons (knives, clubs, etc.) are included, less than 1% of armed criminal victimizations resulted in a gunshot wound.  These statistics have always been puzzling to me.  Why aren’t more people getting shot by criminals?

Now I know the answer.  The criminals’ weapons won’t fire.  Let’s break down the numbers again:

Out of 85 weapons seized:

Combine those facts and you will see that 41% of the weapons we seize from criminals are completely non-functional.

Now include the four guns that weren’t fully loaded and the 17 with extremely limited function (no magazines, malfunctioned within first three rounds, etc.) and take a look at the results.  In total, 66% of the guns we took from criminals were unable to be fired or could be fired for fewer than three rounds before being empty or experiencing a malfunction.

I believe that’s a major factor in why victims of firearms crimes are so unlikely to be shot.

In their paper Firearm Injury and Death from Crime, The U.S. Department of Justice states that there are 3.3 nonfatal firearms wounds for every fatal one.  In addition to highlighting the effectiveness of our medical system, that statistic can also show that the criminals who do have functioning weapons aren’t very accurate or aren’t using the most effective bullets available.

To ensure victory against criminals, armed citizens and police officers need to be better equipped and better prepared than the attackers they face.  What does this research suggest as far as preparations?

1)      If the armed citizen is going to face a criminal attacker, the criminal is likely to be armed with a medium to large caliber handgun, most likely a 9mm auto pistol.  That tells me that I may not feel comfortable carrying a little pocket gun.  I really don’t want to be carrying a small .32 automatic when my attacker is likely to be armed with a full sized Ruger, S&W, or Glock pistol.  Carry enough gun! 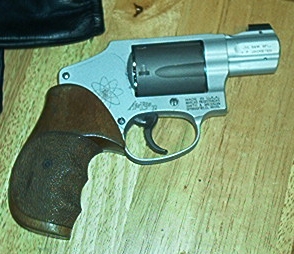 On the other hand, you are quite unlikely to encounter criminals with military-style semi-automatic rifles.  Maybe it’s safe to leave the long guns and plate body armor at home on your next trip to the grocery store.

2)      Criminals often carry unloaded or poorly functioning weapons.  Make sure your weapon is loaded and functional.  Don’t carry with the chamber empty (that’s almost the same as being unloaded), buy a quality handgun and keep it both clean and well-lubricated.

You must also understand the true danger you face when confronting an armed criminal.  Many victims comply with an armed criminal’s demands during the crime because they assume that the criminal’s gun is fully functional and loaded.  This study shows that more likely than not, that’s a false assumption. While I’m not advocating resistance in every instance of criminal violence, that course of action is likely to be more successful than the average person realizes.

3)      Criminals usually carry cheap and less effective FMJ and RNL ammunition in their guns.  The guns may have a mix of several ammunition types (each likely shooting to a different point of aim), or be only partially loaded.

Make sure your weapon is fully loaded with high quality ammunition.  Any of the major brand jacketed hollowpoint bullets is likely to be fine.  Ensure the gun cycles reliably with your chosen ammunition.

Now that you know a little bit more about your enemy, you can better prepare yourself.  Carry a quality weapon.  Keep it clean and lubricated.  Load it with good ammunition. Train until you can’t fail.

If Sun Tzu had guns back in his day, I bet he’d tell you the same thing.