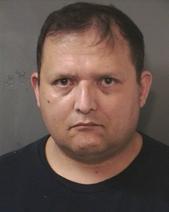 The news articles linked below describe the actions of a retired firefighter with a concealed carry permit who shot and killed an elementary school teacher after a confrontation about a loud party.  The entire confrontation (22 minutes long) and the shooting was videotaped by the shooter.  He was charged with murder, convicted and was sentenced to 40 years in prison.

Go to the link below and watch the confrontation unfold.  Think about what you would have done if you were faced with a similar situation.

Rodriguez gets life sentence in ‘stand your ground’ trial

Clearly, this shooting shouldn’t have happened.  But I predict we will have many more similar events due to the passage of the various “Castle Doctrine” laws that have been recently enacted in many states.  I don’t have any problem with the Castle Doctrine per se, but I think it is one of the more difficult concepts for the average gun owner to understand.  Let’s take a look at some of the issues….

Please forgive my generalities.  I’m attempting to give you a law school semester’s worth of legal information in an understandable fashion and within the confines of a 1500- word article.  The ideas I present will be legally valid in the USA, but the wording I use may not be exactly the same in your jurisdiction.

Although the exact wording of each state’s law is slightly different, legal requirements in the use of deadly force are relatively consistent throughout the United States.  In general, before being legally allowed to shoot someone in self defense, the victim must have a “reasonable belief” that he or another (innocent) person is likely to be seriously injured or killed by the attacker.

So what information does a victim use to determine if he has a “reasonable belief”  that he will be seriously hurt or killed?  Most self defense trainers and legal scholars use a three-prong test: Ability, Opportunity, and Jeopardy.

Ability– Can the attacker physically do enough damage to rise to the level of serious injury or death?  An unarmed four-year old would not likely have the ability to kill you, therefore it would be unreasonable to shoot the little kid in self defense.  Often the term “ability” in the context of a self defense situation means “Is the attacker armed with a deadly weapon?” or “Is the attacker capable of seriously injuring me with just his hands or feet?”  If the answer to those questions  is no, then it is unreasonable to shoot.  If the answer  is yes, you move on to the next criterion.

Jeopardy– Just because a person is armed and has an opportunity to kill you doesn’t mean that you are in any true danger.  Take the example of a uniformed police officer walking past you on a sidewalk.  The officer has the ability (a gun) and opportunity (is within range) to kill you, but unless you present a threat to the officer, you are in no jeopardy.  He isn’t going to shoot you even though he is capable of doing so.

Another way to look at jeopardy is by defining it as “intent”.  Does the attacker intend to seriously hurt or kill you?  If not, it isn’t reasonable to shoot.  All three criteria must be met in order to legally establish that it was “objectively reasonable” to use deadly force.

All of the issues above are fairly basic.  Here’s where it gets a little hazy…

Many states have now passed legislation called “Castle Doctrine” or “Stand Your Ground” laws.  Every state has slightly different requirements, but the general idea behind most of these laws is that they place the burden of proof establishing reasonableness on the attacking criminal rather than the victim.  The laws state that when a person is feloniously attacked in his or her own home, car, or place of business, it is by law objectively reasonable to respond with deadly force.  In essence, the criminal would be required to prove that he DIDN’T present a deadly threat rather than the homeowner being required to prove that he DID present a danger.

This doesn’t mean that the lawful homeowner can ignore the three concepts above, it just means that absent some type of contrary indicator, it is reasonable to assume that if you are attacked while in your home, that attack could be considered a serious threat.  An example of an indicator to the contrary would be a situation when a criminal breaks into your house, steals your TV and is running out your front door.  He feloniously entered your house, but he was not a threat to you in any way.  In most states, it would be illegal to shoot the criminal, even under “Castle Doctrine”.

One other legal element to consider is the idea of “preclusion”.  It isn’t often taught, but it is an absolutely critical concept to understand.  Preclusion means “what other options could you have exercised instead of shooting?”  Many self defense court cases (including the one linked above) come down to this concept.  No reasonable person wants to shoot someone if there are other safe options available.  Can you retreat?  Can you seek cover?  Can you use a less lethal weapon?  Can you wait for the police?

All of these options will be considered by the jury if you are criminally or civilly charged in a shooting incident.  If you shot, you should have a rational explanation for why you couldn’t safely perform any of those alternate actions.  The law recognizes that self defense situations occur rapidly and there isn’t much time for a lengthy deliberation.  It doesn’t require a perfect decision, only a reasonable one.  If your state has a Castle Doctrine law, you may not have to prove preclusion in some instances, but the jury is likely to still consider the idea while deliberating your fate.  Every member of the jury will be thinking “What would I have done in that situation.”  If there was an easy solution to the problem that doesn’t involve shooting someone, the jury is going to wonder why you chose to shoot instead.

With this new knowledge, let’s take a look at the shooting I linked to above…

Ask yourself if the shooting was reasonable given the four parameters I just explained.  What do you think?

Ability?  The shooter was being threatened by a group of unarmed individuals.  Multiple attackers (even if unarmed) present a more serious danger than a single attacker.  The attackers were also younger and more physically fit.  I think it would be reasonable to assume that the attackers had the ability to cause serious injury.  Let’s move on to the next parameter.

Opportunity?  The attackers were fairly close to the shooter and were closing the distance when the shots was fired.  They had the opportunity to cause serious injury.  On to the next one.

Jeopardy?– Was the shooter really in danger?  It’s tough to tell.  The prosecution is going to make the case that the person shot was an elementary school teacher and had no criminal record, therefore he wasn’t a legitimate threat.  The defense is going to claim that the attackers were drunk, making verbal threats, and advancing on the shooter.  The defense will also note that the shooter could not have known the victim’s occupation or past criminal history, so those issues aren’t relevant.

My guess is that if the group had physically attacked, the jury would have decided that the shooter was in jeopardy.  If we assume that the shooter met the burden of proof in the ability, opportunity, jeopardy  legal triad, then why did he get convicted?

It all comes down to preclusion.  Why didn’t the shooter just go back inside and wait for the police?  That’s what most reasonable people would do.  If he had done that, he likely would not have needed to shoot.

The defense argued that there was no need to prove preclusion because of the “Stand Your Ground” law.  They asserted that the shooter mentioned that he was in fear for his life and that he was “standing his ground”.  Those verbal statements are really irrelevant.  Just because you tell someone that you are in fear for your life doesn’t mean that your fear is legally reasonable.  Don’t say stupid things like that.  Despite what your CCW instructor might have told you, those statements are useless.

Look at the case above as a prime example.  The defendant stated that he was in fear for his life.  Both the victim and the jury completely disregarded that assertion.  It just wasn’t an objectively reasonable belief, therefore the statement meant nothing.  The decision here came down to preclusion.  The state  law says that a shooter doesn’t have to retreat or prove that he could have done something else if he is in his own house, place of business, or on his own property.  The shooter in this case wasn’t in any of those locations, therefore he had to prove that he couldn’t do anything else but shoot.  Despite his statements, he couldn’t meet the burden of proof and was convicted.

So, what can we learn from a case like this?

It is my advice that you completely ignore any Castle Doctrine laws in your decision-making process before shooting.  The presence of those laws may make it easier to win a court case in the aftermath, but the laws really shouldn’t change the way you evaluate a threat.  If the attackers have the ability and opportunity, if you are in true jeopardy, and you can’t safely exercise any alternate options, then you should shoot.  If you can do something else besides shooting, you should do it.  You may be legally justified in shooting under slightly less restrictive conditions, but if you follow those guidelines, you will generally be making a good decision.

Even if your state law says you are justified to shoot, there are some situations that are better resolved by not firing your gun.  If you have other options, use them.  Don’t let your ego and need for “justice” put you in a bad legal position.  I bet the CCW permit holder in this case is wishing that he hadn’t “stood his ground” right about now.

You can find more details about these concepts in Andrew Branca’s excellent book The Law of Self Defense.  A slightly less thorough, but more readable summary of use of force laws is Mas Ayoob’s book Deadly Force.  Both are great books.  You owe it to yourself to read them so you don’t end up in prison like the retired firefighter in this case.