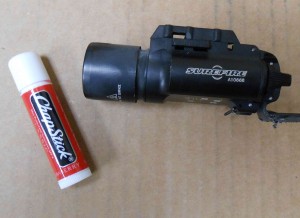 What possible relationship could these two items have?

Do any of you shoot with a tactical light mounted on the rails of your self defense or police duty pistol?

If so, you have likely experienced immense frustration trying to remove the burnt carbon residue from the light’s lens after a long shooting session.  The lenses get carboned-up very quickly and the residue is very difficult to remove.  At the police department, we use a special carbon cleaner to remove it, but that solution has been less than satisfactory.  Often the carbon won’t come off, even after using the special solvent.  It is a constant source of frustration for my officers.

I’m happy to report that I discovered an ingenious solution while reading a recent book.  Kyle Lamb (founder of Viking Tactics) wrote a very good book titled Stay in the Fight- A Warrior’s Guide to the Combat Pistol.  While I don’t agree with all of the tactics the author advocates in the book, this one idea more than makes up for the book’s hefty price tag. 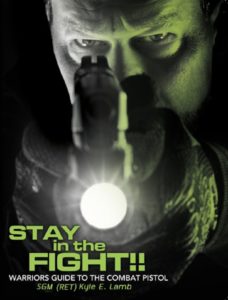 Lamb suggests smearing a light coating of Chapstick over the lens of the tactical light before shooting.  The Chapstick does not significantly reduce light output, although it does diffuse the beam slightly more.  Lamb said that the carbon can simply be wiped off the lens with a dry cleaning patch when your shooting is complete. 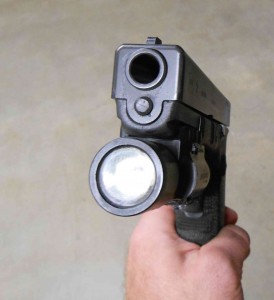 Lens smeared with Chapstick. Note residual carbon buildup from previous shooting sessions around the edge of the lens.

I tried it with my Glock 21 and attached Surefire X-300 Tactical Light.  It worked as advertised!

I fired five magazines (65 rounds) of Winchester White Box .45acp ammunition as quickly as possible.  I’ve found the Winchester ammunition to be very reliable, but it seems to shoot “dirtier” than other ammunition I’ve tried.  That made it a perfect candidate for this test. 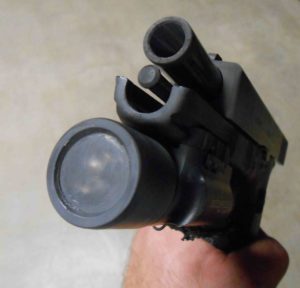 The light was completely covered in carbon at the end of the short shooting session.  One wipe with a dry cleaning patch, and all the carbon was gone! 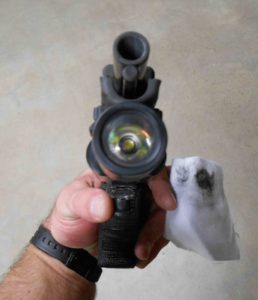 I don’t constantly keep the lights on my duty/defensive pistols smeared with chaptsick, but I have been applying a light coat before any practice sessions.  It has made cleaning the light much easier.  Give it a try.  It’s a simple idea, and it works great.