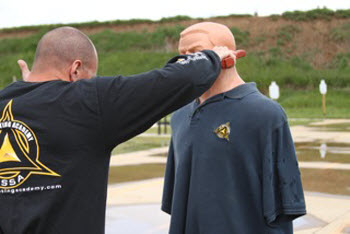 Have you ever considered using your handgun as an impact weapon?  Before you do, you may want to think about a few things.

Take a look at this article.  A cop used his pistol to break a car window and accidentally cranked off a round.   Don’t think that trying to break a window with the butt of a pistol is an isolated incident. I’m aware of an officer from a police department near me doing the same thing.  Luckily the gun didn’t go off.  The strike did, however, rip off the floorplate of his magazine and showered the roadway with cartridges he might have needed if the confrontation became more serious.

Is there ever a reason to hit someone or something with your pistol?

Guns should not be used to break windows. But there are  a few instances when it is advantageous to use a drawn pistol as an impact weapon. 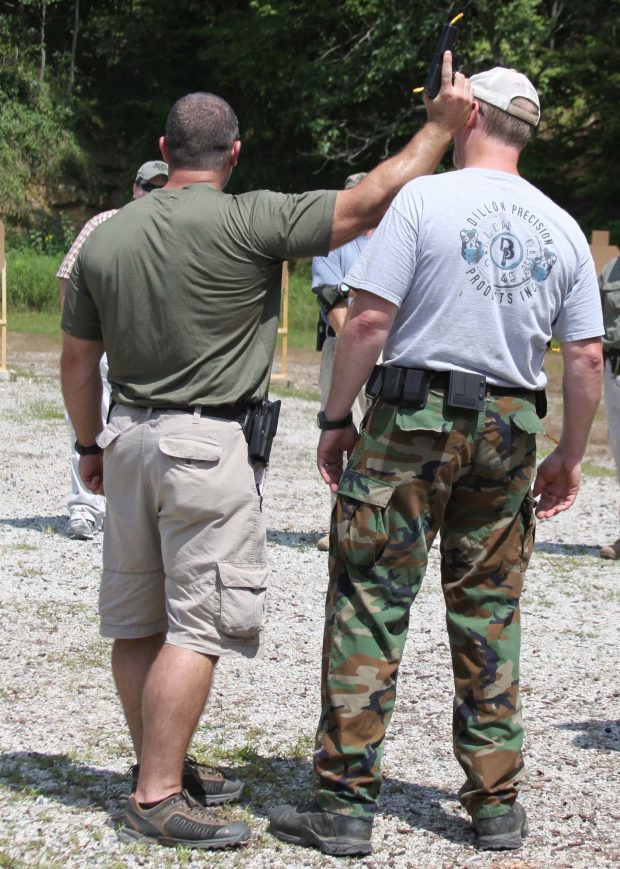 Striking with the butt of the gun is suboptimal

Here’s my question to you…Under what circumstances would you hit someone with your pistol and how would you do it so as to maximize damage to the bad guy while minimizing damage to your gun?

In this article, Mike Seeklander tried a variety of different pistol strikes against a “BOB” dummy and then attempted to fire rounds from the handgun he had used for the strikes.  None of the strikes he used either broke the guns or caused them to malfunction.

I would be extremely cautious about using one of the pistol strikes he illustrates.  The “hammer strike” he demonstrates (using the trigger guard and bottom of the barrel as a striking surface) may work well with a modern polymer pistol.  It may not work so well with a steel or aluminum framed handgun.  Handguns with metal trigger guards can bend if hit hard enough.  I would hate to collapse my trigger guard behind my trigger so that it blocks the trigger from moving rearward.  I don’t like the “hammer strike” with a pistol.

Instead, when striking with the pistol, either punch with the muzzle or hit the person using a “ridge hand” like hooking strike with the top of the slide. These two methods are least likely to jam or damage your gun.

Seeklander demonstrating the top of the slide “ridge hand” strike.

It would be a good idea to occasionally practice these strikes using a simulated firearm and a heavy bag or “BOB” target like the one showed above.  Get a feel for the mechanics of the strike before you have to utilize it under pressure in the real world.