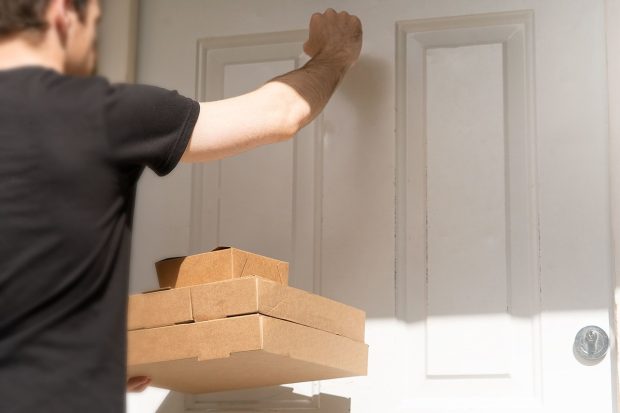 I was awake and writing at 2:30 am on a Thursday night a few weeks ago when I heard a very soft knocking on my door.  It was so soft, I could barely hear it.

I walked to the door and looked out the peephole.

Two women in their mid-20s were outside my door and they began softly knocking on it again.

Let me set the stage by describing my living arrangement.

I live in a very nice apartment in a gated community that has very little crime.

I have the only apartment on the ground floor. All the other ground floor spaces are individual garages for the residents.

When you enter my apartment building, you will see a hallway that contains my apartment front door and the doors to the various garages that surround me. There is a large set of stairs leading to the other residents’ places as well.

It’s a very quiet rental complex and residents don’t generally socialize much in the common areas.  I’ve had the apartment for seven months and have only met one of the neighbors who live in my building. Since moving there, I haven’t had a single person who wasn’t a mail carrier or delivery driver knock on my door.

Just having someone knocking at my door is unusual.  Knocking at 2:30 am is REALLY unusual. The very soft nature of the knock was strange as well. What’s going on here?

I had never seen the two women standing outside my door. Both women were talking quietly to other people on their phones as they knocked. They kept turning their heads to look back at the entrance door to the hall. Think through this scenario. What would you do?

The door they were knocking on has double deadbolts and both were locked. I had a snub-nosed revolver tucked into the waistband of my gym shorts. My Glock 19 was on the kitchen counter about 10 feet away. I’m smart enough to know I shouldn’t be opening the door in this scenario. I called out “What do you need?”

One of the girls began speaking super softly to me. She said that they both lived upstairs and they had a massive cockroach in their apartment. She started rambling and laying down an in-depth story about how the cockroach scared their dog and the dog won’t stop barking at it. She continued by saying that she didn’t want her dog waking up her neighbors from all the barking and asked me to come up to their apartment to kill the cockroach for them.

It was odd that as the girl was telling me the story, she was stopping to talk on the phone as well. The other girl never stopped talking on her phone. Their voices were really hush.

That’s a story line I hadn’t heard before. I ask again, what would you do? Do you help the poor damsels in distress kill an insect or do you refuse?

The girls turned around instantly and walked out the building door into the parking lot (not upstairs where they allegedly lived).  I never saw them again.

I checked my back patio door to make sure there wasn’t anyone waiting there to break in while I was distracted by the girls.  Door locked, blinds pulled, no one loitering outside.

I set up my door jammers on my exterior doors, pulled my home defense shotgun from its hidden spot, and structured my apartment lighting so that if anyone broke in, they would be backlit from my position in my pitch black bedroom. Then I went to sleep. 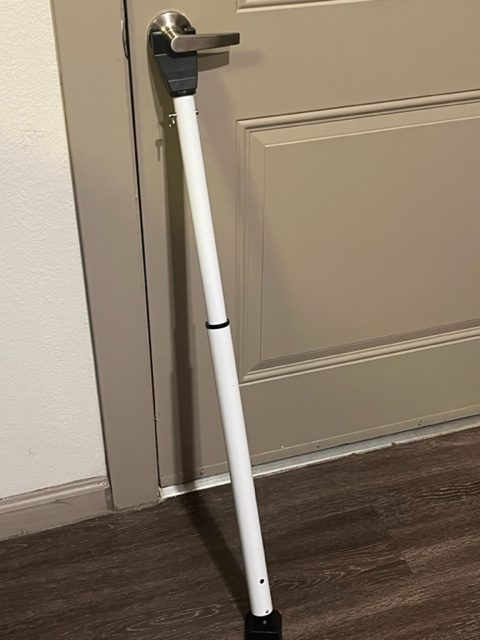 It was certainly strange, but not something to get worked up about. So why am I telling you all about this?

It was only the next morning that I realized how perfectly these young women were setting me up for a for a push-in home invasion.  Let’s review the facts here:

How was I targeted?– I was likely the only apartment with lights still on.  If the intruders were standing close to the door they might have heard the music I had playing while I wrote.  That would alert them that someone was awake inside.

Good timing-  Very few people are awake.  Most people don’t keep a weird writer’s  hours.  Anyone who had a “normal” job up that late might be partying, distracted by a romantic companion, or impaired by alcohol or drugs.   Those folks make great victims.  The late hour also ensures fewer witnesses.

Quiet knock- They knocked quietly, likely not knowing that all the other hallway doors lead to garages and not apartments.  They only wanted me to hear the knock.  They didn’t want neighbors hearing it and seeing what was going on.

Girls not guys- I’m betting that they had at least two male accomplices waiting outside for the notification on the phone. No one would open the door for two shady dudes at 2:30 am.  Two young girls might get better results.

Talking on the phone serves two purposes- The first is that they maintain instant communication with the “muscle” waiting outside.  As soon as I had opened the door, they would have notified the dudes to move in for the kill.  Between the two women, they could likely keep my door open for the few seconds it would take for the dudes to arrive.

Likely one girl was talking to each accomplice in the event one of the “bait girls” or one of the male accomplices was confronted or distracted by someone else.  It’s tactical redundancy.

Talking on the phone is so commonplace that it now seems innocuous even when it’s not.  We often see robbers walk into stores talking on the phone before pulling guns and jacking the place.  We tend to feel comfortable when we see people on phones because most of the people we see on phones every day are not threats to our safety.  Hence our brain develops a pattern: “on phone, not a threat.”

Low voices- By speaking so softly, they are increasing the chances I would open the door out of frustration just to better hear what they were trying to say.

Innocuous request- The request was unusual, but quite genius.  It preys upon the male desire to display his masculine prowess by killing a bug in front of two scared young women.  It was a challenge, but one that isn’t risky enough to dissuade a grown man from attempting to help.

Location of the threat- By telling me they lived upstairs, I would naturally follow them to the staircase if I wanted to help.  The stairs leading to the upper apartments are right next to the outside door.  If they could get me to the stairs, their outside accomplices would only be three steps away.

I commend the intruders for a well constructed ruse.  I hope this article gave you enough information to recognize a similar situation if it happens to you. 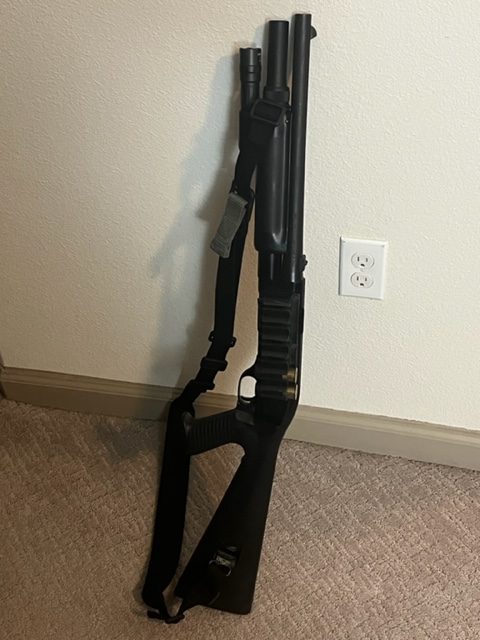 Redundancy is important. Plan B if the door jammer failed.