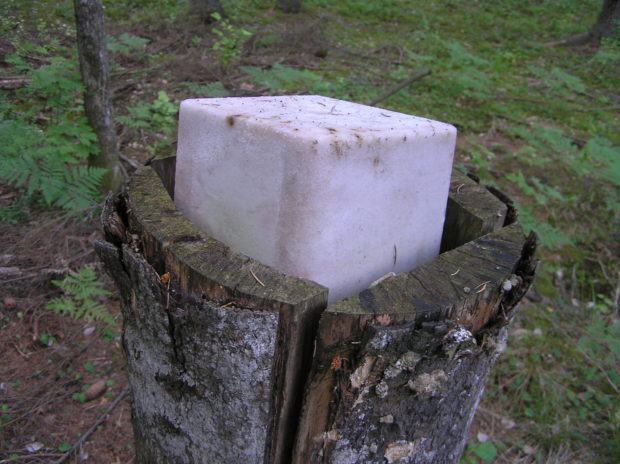 This is a guest post by my friend Ron Borsch, a retired police officer and trainer.  Ron is one of the most notable researchers in the “active killer” field and shares his thoughts on the issue.  I think many of you will like this one.

“People put out salt licks for cattle and horses to improve their health. For deer, it’s more to attract the deer to the nearby deer stand, so the deer will be plentiful during hunting season”.

The analogy here is the attractiveness of alleged gun-free zones for active killers. We define active killer as “One who commits/attempts Rapid Mass Murder©”.

While the active killer typically has Numerous Unstable or Troubling Symptoms, he is also a coward, not looking for a fight. He wants to kill a bunch of defenseless people, without risk to himself. He is looking out for his own personal health, safety and welfare. This is true even if he plans on committing suicide afterwards to avoid the unpleasantness of being held responsible.

In the last two centuries, rifles were common in schools. The eldest boy, pre or early teen, would be a protective escort from predatory animals for his younger siblings walking to and from school. It was common for them to hunt for dinner on the way home. The guns were stored in the cloak room but were near at hand in case of invasion by unfriendly Indians.

Much has changed since then, but we still experience savage attacks by active killers. Terrorists attacking schools are happening in other countries. What do we have in place to repel such surprise attacks in America? Very little as long as “salt licks”, or alleged gun fee zones are tolerated. We cannot be at peace while evil stays on war-footing.

The active killer exception to a gun-free zone is the fact that laws, rules and signs only effect the law abiding. A criminal, by definition is: “One that has committed or been legally convicted of a crime”, does not comply with laws, rules or signs. Locations that forbid honest, law abiding citizens, vetted by the state with otherwise legal concealed carry permits, are disarmed with the force of law. The defenseless innocents, (students, parishioners, employees, patrons, customers, etc.), are the “salt licks” attracting the active killer.

Unfortunately, some legislators, school administrators, pastors, and those in charge of facilities that subscribe to alleged gun free zones have not yet graduated from the school of common sense. Research shows that over 98% of mass shootings occurred in gun-free zones. Only 1.6 percent occur where citizens are allowed to have firearms with them.

This is easy to understand simple math! In states like Ohio, facility authorities have the power to allow concealed carry on their premises. When they do not, they must accept responsibility for continuing to operate a facility in such a manner that has been documented as attractive to active killers.

Continuing toleration of “salt licks” for active killers and expecting a different outcome is gambling with the lives of students, parishioners, employees, patrons, customers, etc. These legislators, school administrators, pastors, and those in charge of alleged gun free facilities have contributed to this dilemma.

Educational facilities, (K-12, Colleges, Universities and Libraries), have been the number one target for the active killer since we have researched back to 1975. In general Rapid Mass Murder©, 2017 has seen over a sixty percent increase over the worst year in the last decade, 2012.

In the first four months of 2018, Rapid Mass Murder© has already exceeded those months in 2017. These foreseeable occurrences are increasing, at least temporarily, due to the Copycat Effect. 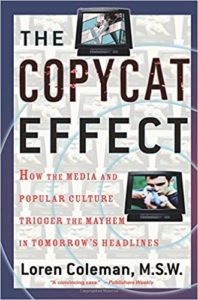 Everywhere in history where genocide has occurred, the people were first disarmed. Death by Gun Control carefully examines the “gun control” idea: its meaning, its purposes, its effects. It comes in many forms, but in every form it enables the evildoers and works against righteous defense.

The wisdom of our forefathers in creating “Liberty’s Teeth” or the second amendment to enforce all the other Bill of Rights, is quite evident. Laws without teeth are unenforceable. A patriotic current protector of our civil rights is the National Rifle Association of America (NRA), an American nonprofit organization that has advocated for gun rights for 146 years, since 1871. It has been called “the oldest continuously operating civil liberties organization”. The modern NRA continues to teach firearm competency and safety.

There is no easy solution or evidence that any law or laws can stop evil criminals, zero! Insert your crime of choice here: (Murder, Rape, Drug, etc.), how is “______ – Control” working out for you there? What possesses anyone to think that gun-control would be any different?

Anti-Constitution, anti-American, gun-grabbers, twisting the truth, promise only false solutions. Instead of accepting their own responsibility for not recognizing reality and the unenforceable gun free “salt licks”, the unenlightened and misinformed search for feel-good solutions. They assign blame to the inanimate tool used for mass murder and malign the honorable NRA. Intent to murder is in the minds and hearts of NUTS©, not their tools.

Those who would disarm us, both organizations and politicians, have spun their virtual lies before. They invented terms such as “Saturday Night Specials” then falsely declared such cheap handguns are favored by criminals. This false label only deprived the poor of personal home protection while serious criminals actually preferred higher quality guns. Those who would disarm us actually listed high quality snub-nose revolvers, then popular with detectives and off-duty officers, as Saturday night specials. Politicians such as the unethical Senator Howard Metzenbaum would tell us that the Glock pistol was designed by terrorists for terrorists to smuggle through metal detectors at airports, a totally unsupportable lie.

They misused the term “assault rifle” for the same reason. No army in the world uses the AR-15. To further malign the venerated civilian AR-15 rifle, the fraudulent gun grabbers would call it high powered when they are definitely NOT high powered when compared to other rifle calibers. These mis-informers prey upon know-nothings and depend on mainstream media to believe and support their libel and lies.

Instead of accepting responsibility for not recognizing reality and the unenforceable alleged gun free zones, the unenlightened search for simple feel-good solutions that inevitably prove to be unworkable. They assign blame to an inanimate tool used for mass murder. Far more constructive would be to focus on the mentally ill who frequently display Numerous Unstable or Troubling Symptoms that are often predictors of their future behavior.

Truth be told, armed invasion of any sort is a force-on-force issue. The very best protection for citizens in these facilities is and has always been On-Site armed and trained good guys. (See video trailer Good Guys With Guns). If you have no force to “repel boarders”, you lose. It is as simple at that. No matter how good your local police are, they are fighting TIME issues that make it unlikely they will arrive before many innocent victims are killed.

What are these time issues? A typical delay of five to seven minutes in notifying police, an average Rapid Mass Murder© time of six minutes, plus the variable response time of the closest officer, realistically a few minutes or more depending on where one lives. That is why only half of Rapid Mass Murder has been stopped by anyone. The public is only now learning valuable lessons from the widely reported systemic failure of law enforcement at the February 14th, 2018 Florida High School massacre.

About the author: Ron Borsch had a 30 year police career including SWAT. He was given a commission to found, manage and be the lead trainer for SEALE Regional Police Training Academy that led to a second career of 17 years. His proprietary course centering on Single Officer’s Lifesaving Others© attracted officers from ten states. He has presented the course to international audiences. 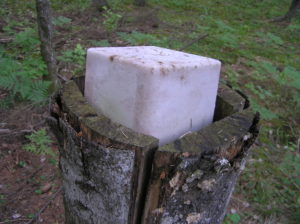