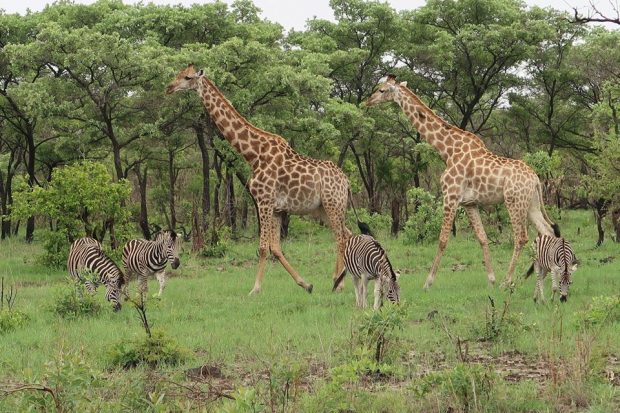 I recently returned from a two-week trip to South Africa, Zimbabwe, and Botswana.  The primary focus of the trip was going on safari to see all the legendary animals that inhabit the African plains.  On the trip I did 12 different safari outings, either on foot, by safari truck, or by boat.

I spent a lot of time watching animals, both the hunters and the hunted.

The African animals adopted very specific tactics that keep them safe from predators and allow them to survive.

I couldn’t help associating the animals’ survival tactics with tactics we police officers need to use to avoid being ambushed.  After a couple days of animal watching, the associations became crystal clear.

For my cop friends, here is some counter-ambush advice from the African Savannah.  You’d be smart to pay attention to the predator and prey species struggling for existence.  You can learn a lot from the techniques they practice. 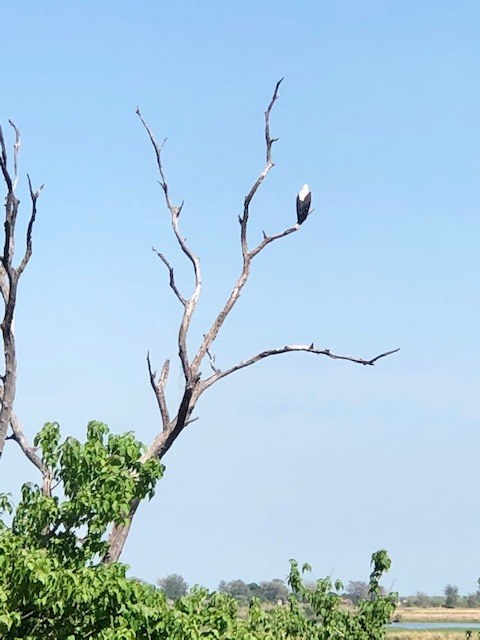 Why do you think this African Fish Eagle is all alone at the top of this dead tree?

Sure it gives him a good vantage point for hunting, but can you think of any other reasons the bird is so isolated?

The Fish Eagle is both predator and prey.  It’s high up so that it can better see the critters it wants to eat.  That, however, isn’t the point I’m trying to make.

Note how isolated he is.  Note the fact that any predator would have to cross a lot of open ground to prey upon the Fish Eagle.  The Fish Eagle is likely to see any approaching predators and fly away before they get too close.

As cops, we need to adopt a similar posture.  When you are in your police car either working traffic or writing a report, think about your vehicle positioning.  You should be in a location where anyone trying to ambush you would have to cross a lot of open ground to get to your car.

Maximize your advantage.  Don’t make it easy on the killer.  Park in the middle of a large, empty parking lot.  Keep all your lights on.  Turn on the audio button on your radar for an additional alert mechanism.

Make it difficult for anyone to approach you without being seen. 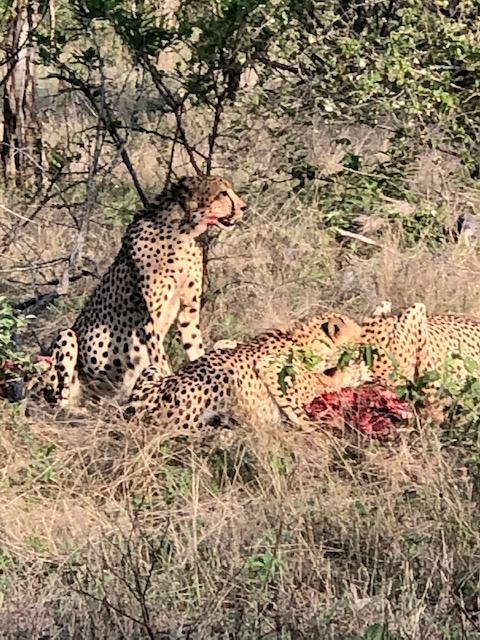 These three cheetahs just ran down and killed a baby impala.  They are enjoying their feast.  As I watched them eat their meal, I noticed something critically important.  Only two of the three cheetahs were ever eating at the same time.

There was always one cheetah looking around for potential danger.  I never once saw a moment where all three cheetahs were relaxed and eating at the same time.  One always stood guard.

That’s a good posture to adopt as cops.  If you are responding to a potentially volatile situation, don’t get too sucked into the scene.  Keep looking around for additional threats.  If you are an “extra” officer on scene, direct your attention outward where you can scan for additional threats while your co-workers handle the business of the call.

These cheetahs are masters of the concept of “contact and cover.”

Everyone Looking in a Different Direction 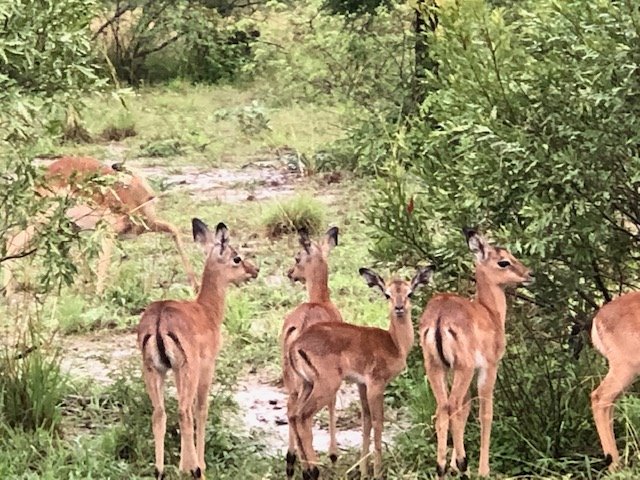 These impalas are preyed upon by all the large African cats.  They are also regularly eaten by wild dogs, hyenas, and jackals.  They are one of the most commont prey species on the African plains.

Take note of their posture.

Note how every one of the impala is facing a different direction.  They are set up for 360 degree predator detection.

Orient your bodies so that all the cops on scene are facing in a slightly different direction.  That will provide the most advance warning in the event that a predator is stalking. 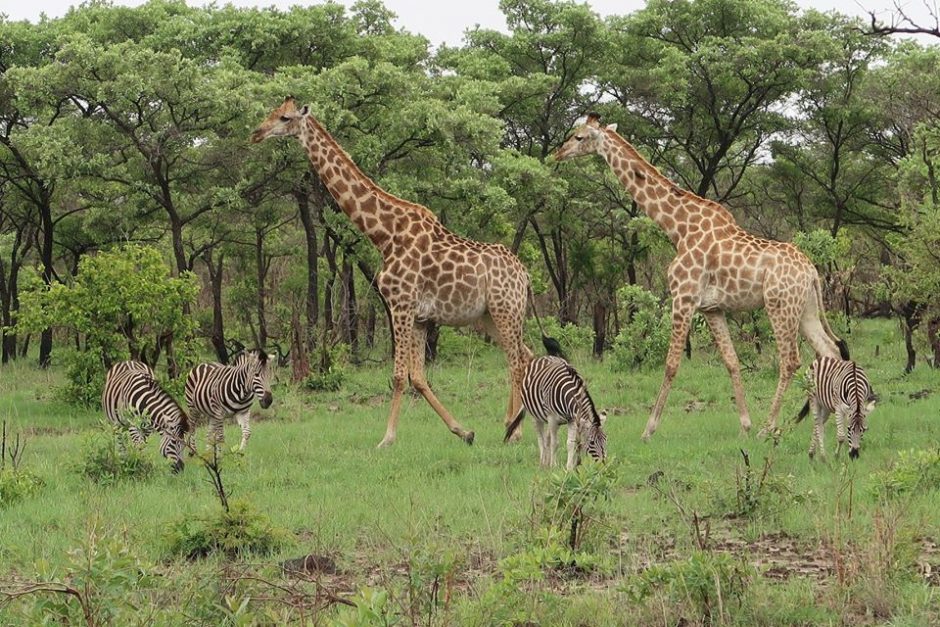 Something I learned about African prey species is that they often team up and graze together.  Here is a perfect example of zebras grazing with giraffes.  Their differing heights allow them to detect danger coming from different locations.

The giraffes can see predators approaching from a long way away and can warn the zebras before they get too close.  When the giraffe’s face is obscured by the tree it is eating, the zebras can see any close-in predators.  The two species mutually benefit from each other’s relative advantage.

Don’t be afraid to ask someone else to watch your back.

I remember one call I responded to where an armed murder suspect threatened his girlfriend with a handgun and then ran out of their apartment.  As I was trying to find the suspect outside, I noticed a roofing crew on top of the neighboring house.  I gave them the suspect’s description and told them to yell at me if they saw him approaching.

It worked symbiotically the same way these African animals use other species to help them detect danger.  Even though the roofers weren’t armed cops and couldn’t help me in a gunfight, they had the ability to detect a threat and communicate that threat’s location to me.

Hunting Happens at the Fringe 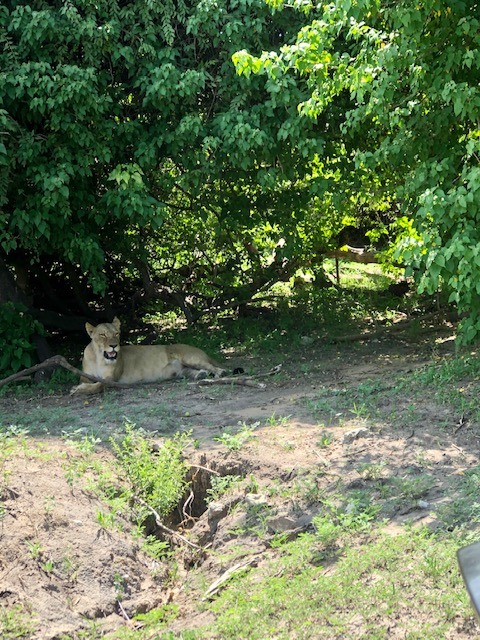 Here’s a picture of a female lion hunting for a meal.  Although it looks like the lion is taking a nap, she is really trying to get some food for her cubs (hidden in the brush behind her).  Note the lion’s position.

The lion is hunting from a shady position on the border between an open area where prey animals forage and a brush-covered area with lots of cover.  You smart folks will identify this type of environment as a “transitional area.”  It’s a place where status changes between one condition and another.

We humans have “transitional areas” as well.  They are areas where we transition from one status or activity to another.  Just like this African lion, the transitional areas are where the predator hunts.  Thank about areas of transition in your daily routine.  Exercise more caution when you make those transitions.

The predator may be watching.

The world is filled with both predators and prey.  Your attitude and tactics determine which of the two you will be considered.

Embrace the lessons from our African friends. 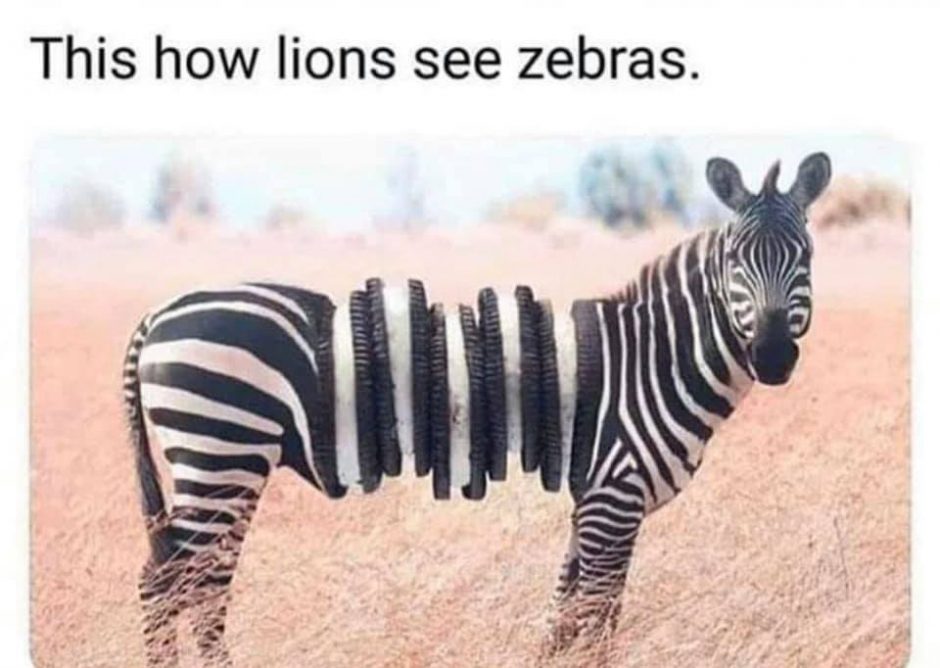