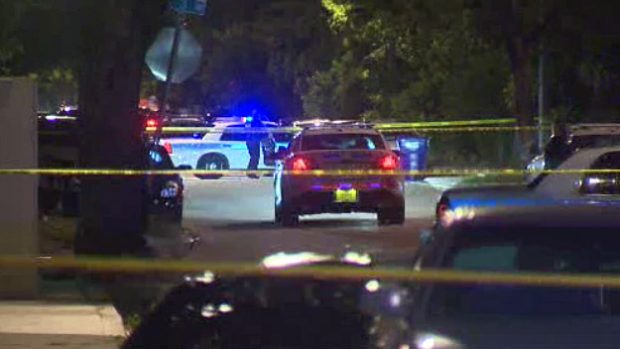 *This is a guest contribution from my friend Ron Borsch.  You’ve seen his writings on my page in the past.  Ron is a retired police trainer and one of the foremost worldwide authorities in the field of active killer attacks.

He draws an important distinction in this piece.  Look for a companion article from me in the future covering how to best respond to drive by shootings.

Though it may not have been described in quite these words before, the enlightened public is quite aware that there is a problem with assassins murdering innocents. Here, I would like to contrast two distinct categories, Single Active Killers committing Rapid Mass Murder©, RMM, (protocol/profile further below), and Drive-By-Shooters.

Both types are assassins of sorts, attempting or committing targeted murder. Both types are certainly criminal cowardly bullies. There is no nuance there, though actual motivations, tactics and criminal back-grounds differ.

The distinction I would like to make between these two different types of assassins is the tactic and reason behind serial criminal Drive-By-Shootings, the ambush surprise strike and safe escape. Typically, these are street, sidewalk and crowd shootings almost anywhere.

Therefore, even if on foot, moving, or vehicle mobility enables these predators to be a harder target to hit. There is often a criminal gang connection between some in the intended victim group, also including total innocents such as children, women and elderly. The Drive-By-Shooters are also likely to have more than just a driver and shooter, and frequently there is more than one shooter. These Drive-By-Shooters commonly have pre-existing criminal records and may well shoot at any responding police.

On the other-hand, while the Active Killer may have displayed Numerous Unstable or Troubling Symptoms, (NUTS©), he rarely has a serious criminal history. He also acts alone 98% of the time. His preferences are Gun-Free-Zones, (an in-reality myth) such as schools, churches and workplaces. There is a wider range of post-attack behavior for active killers. They fluctuate from waiting for, hiding from or surrendering to police; walking away or fleeing; suicide on or off site, and significantly, rarely choosing to shoot it out with police.

However, the primary focus in my small national-international law enforcement only free training newsletter is on Active Killers, and various recommendations to deal with that problem. Researching and studying that problem has greatly assisted me in the hands-on training for police officers from ten states at SEALE Regional Police Training Academy in the most successful Off-Site police response, to RMM, Single Officers Lifesaving Others© (SOLO).

No person or group has special dispensation to threaten lives, limbs, commit crimes, resist arrest, (point guns at police, very often causing their very own demise). Those doing so are merely violent common criminal thugs, without honor, and should not be revered in any way shape or form. Anyone celebrating the life of those felons by sedition, insurrection, riot, arson, party looting, assault, vandalism and disorder, reveal themselves to be anti-law and order, no better than any other common thugs and traitors to American patriotism, who deserve no place among decent people. “Blessed are the peacemakers”.

The protocol for my Stopwatch of Death© database, is exclusive and designed to be small on purpose. Still, going back to 1975, it has grown to way over 400 incidents of Rapid Mass Murder©, (RMM). While the world has a staggering number of mass homicides, to track and count them all would require a large staff and computerization unaffordable for a non-profit give-it-all-away-for-free group.

So, we exclude normal criminal homicides such as gang-member actions. We exclude private property because of too numerous interpersonal arguments and domestics that result in homicides, as well as any criminal acts by military or police. To be classified as a RMM, it must conclude within 20 minutes, occur at a single public location and have four or more murders or attempted murders, (wounded). An exception would be an attempted RMM by a person or persons having intent to mass murder, possessing the means, (implements, weapons, ammunition, etc.), being present or near a targeted location, and was prevented by someone.

Some in authority have said that the “active-shooter’ cannot be profiled. While I agree it may be difficult to do, however, those whose databases are so inclusive of incidents and mislabeling the perpetrator, (restricting their database to only firearms), have created their own difficulty. Our smaller and exclusive database easily reveals so much more and also includes murders by other means.

Not necessarily in order of importance or context, any single one of the typical criteria here does not make an individual a potential active killer. Though some are red flags all by themselves, I suggest it is a cluster of criteria which indicates a greater danger of potential for Rapid Mass Murder©.

Details to these ten general characteristics following may be found here: Profiling the active killer.

1) NUTS©: Possesses a standout of Numerous Unstable or Troubling Symptoms©.

2) Oddball, typically avoided by his peers.

5) An age connection very close to the targeted victim pool.

9)  Cowardly, rarely distinguished with any positive trait of courage.

Both types of assassins, active killers and drive-by-shooters utilize the tactic of ambush, or surprise attack. Countermeasures to such surprises should be developed for your own particular circumstances. Some suggestions may be found in Avoiding Surprise Attacks. What we have learned here from drive-by-shooters is that they are most concerned about the fact that their intended victims may be armed. That is why they may only slow down for their once and done barrage attack, then speed off or run away.

Therefore, having trained and armed staff in schools, churches, work-places, etc. can be a low cost, (staff allowed to carry firearms), or no cost intelligent countermeasure. It is no secret that active killers, drive-by-shooters and terrorists all prefer unarmed victims and the locations where they might be found.

While any initial surprise gunfire could be quite stunning. Unchallenged, motivated active killers or terrorists rarely stop there. Having armed and trained staff already on site could serve to mitigate the bloodshed. In fact, regarding an active killer invading a school, church or work-place, any common knowledge that there is or could be armed victims or staff, very well could reduce the risk of Rapid Mass Murder© occurring in the first place. As long as there is no “Iron Curtain” of armed guardians to protect children, parishioners, or employees, “No-Gun Zones” will continue to be the myth they are, merely a Free Fire Zone where deadly evil is tacitly allowed to focus on harming innocents.

Ron Borsch is a Viet Nam veteran, (1965-66 U.S. Army paratrooper 101st Airborne) and is retired from two careers, 30 years as a police officer including SWAT and 17 years as a police trainer. Supported by seven SEALE Chiefs of Police, he founded, managed and was the chief trainer for SEALE Regional Police Training Academy in Bedford Ohio, which was attended by officers from 10 other states. He has also presented before international law enforcement trainer audiences in several states and two countries. For the last several years he has served on two expert panels at annual ILEETA international conferences. Ron is a hobby writer, and does pro-bono presentations for local civic groups, schools and churches.