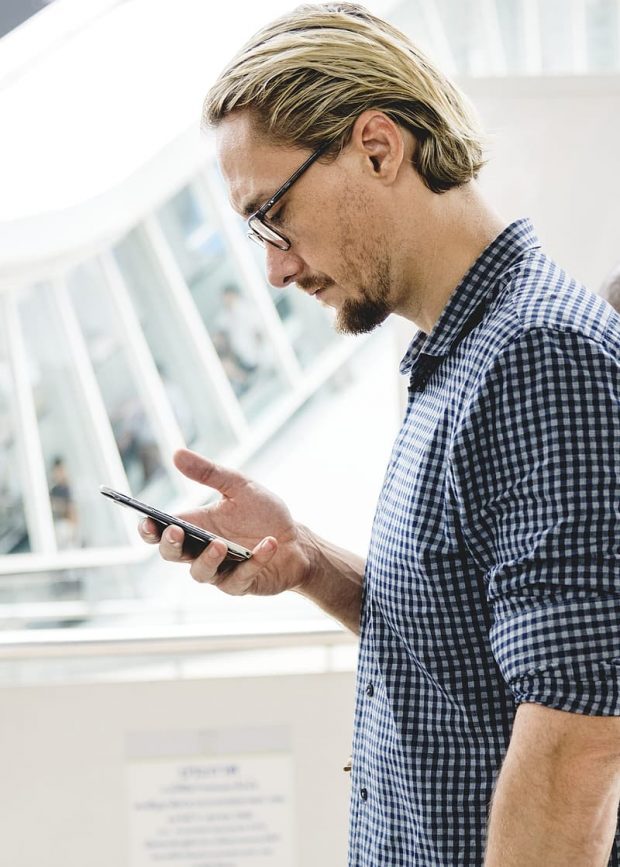 *This is a guest post from my friend Ron Borsch.  Ron is a long serving police officer, trainer, and researcher.  I enjoy his perspective and I hope that you will as well.

Heads up! Is a common phrase meant to alert someone. To be alert and aware is a survival mechanism. For example, it is a given that people who are alert and aware are not as likely to be criminal victims. The science of “Victimology” includes what weaknesses criminal predators are looking for in potential victims. A couple quotes by Clint Smith come to mind:

“If you think about it, one definition of “predator” would be “an expert in prey selection.” and “If you look like food, you will be eaten”.

A decade ago, at an annual ILEETA training conference, Charles Remsberg and I were informally chatting while eating boxed lunches and I happened to share my newest acronym MAWOL© with him. MAWOL© represents being Mentally-Absent-With-Out-Leave. This resulted in another follow-up interview with Mr. Remsberg. He later published “MAWOL©: Latest acronym to help you keep your mental edge” on PoliceOne.

Of course, a decade ago, hand held computers with a telephone app, or “Smart Phones” were not as prolific as they are today. There is certainly a time, place and myriad of reasons for smart phones, including work, entertainment and lifesaving. An example of a very serious lifesaving app that saves precious time notifying in-car-police of an active killer mass murder attack is School Guard Hero 911. 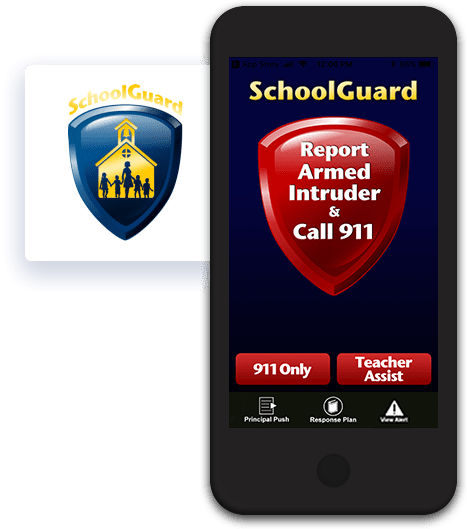 Patience is a virtue, however, near-instant answers, information and video games can be addictive to susceptible users. That is reason enough to do an update on that MAWOL© interview. Indulgence of wanting information right now, instead of patiently waiting for a more appropriate time and place, is a down side characteristic, as is the typical unaware Head-Down position of some users.

Most everyone would agree that chain-smokers have a strong addiction to the drug nicotine. Addiction to smoking varies from the occasional smoker, a pack-a-day smoker, more than a pack-a-day, and so on up to the chain smoker. So too is it true that such a gradient or analogy could apply to a smart phone addiction.

One way to informally measure this addiction is to note where the smart phone is when a person is not actually using it. If it is not in a belt holder, pocket, car holder, purse, it may be kept in hand, on a table or chair, close-at-hand, where its screen is readable, or visible. How often does the user glance at it or pick it up to look closer?

Of course this is understandable for businessmen and workers whose business and cell phone numbers are the same, employees on call and Nervous Nellie parents, concerned about their children.

Some folks are so addicted to these adult electronic pacifiers with apps, texting, surfing the web, watching videos, playing games, acquiring information, browsing social media, etc., that they cannot stop being Heads-Down oblivious, until the next time they “wake up and look up”. Being so Self-absorbed in one’s own thoughts, activities, or interests”, is sometimes referred to as being inside your own little bubble, “sheltered” from outside distractions. It is these unnoticed outside distractions that could be harmful to you.

Unconscious “Multi-Missing” occurs when a person thinks he or she is multi-tasking. Settled science: Multitasking is less than perfect and results in missing a bit from each task. In addition, when trying to be being alert and aware of your public environment is thrown into the mix, your personal protection potential becomes compromised. That alone is bad enough. However, when you are supposed to be paying attention, as in work duties, volunteer church guardian duties, operating machinery, driving and even baby-sitting, you are not being responsible by focusing on your smart phone.

Things can go from being bored to being deadly in the blink of an eye. Blink and you could MISS it? Yep!

The time range for an eye blink is between a tenth-of-a-second to four-tenths of a second. How important is this? It depends. In a fight, your opponent may fake an attack to your eyes to get you to blink, so you never see his intended real attack follow up. It is common knowledge in the trade that the strike that knocks you out, is usually the one you did not see coming.

It is also important to know that even if you were able to see some sort of attack coming, that is only the first of three mental stages, (Observe Orient and Decide) that precede initiating motor action. This is known as Boyd’s OODA Loop. This can happen as fast or as slow as your training, repetition and experience allow.

For drivers, Observing something may prompt you to lift your foot off of the gas pedal. Next, you Orient to your possible options, such as swerving left, right, braking or reapply the gas, (as in Exit the “Kill Zone”). The third mental stage is to Decide which option to use, only then do you Act.

For driving, the most common repetition is braking. All of this occurs so quickly, it is easy to doubt that you went through these four stages. However, don’t doubt that they all occur before any action we take. A helpful analogy here is that in both the human and animal world, when we observe danger, we make a decision to Freeze, Flee, or Fight. 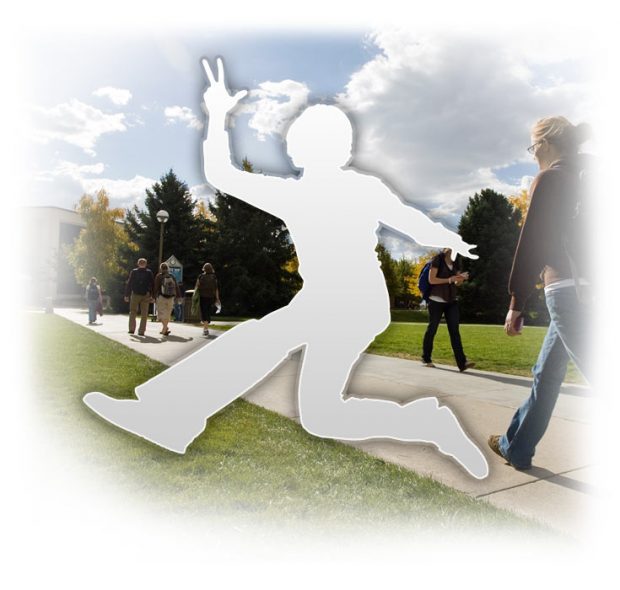 DUMB THINGS WITH A SMART PHONE

Being on a mobile phone in public or heads-down focused attention with a smart phone when you should be paying attention to your own personal safety is bad enough. For instance, most of us have seen someone looking down or even facing a wall so as to shut off any visual distractions in their phone conversation. Even dumber is no wall, where no one is watching their back, failing to “Check 6”. I know of at least one police agency that has a Check-6 sticker on the back of their portable radar guns to remind officers to break concentration on radar periodically and look behind them.

Whether on duty or working a side job it is disappointing to see a security guard heads-down engaged with his smart phone. It is even more disappointing to see a uniformed police officer or deputy heads-down in the same unprofessional manner. For a criminal intent on assaulting or disarming an officer, seeing one periodically going Head-Down-MAWOL makes it easier for the attacker. Unfortunately, the unenlightened are usually unaware about both the dangerous limits of multitasking and the OODA Loop.

“Of all human lamentations, without doubt, the most common is, ‘If only I had known!’ But, we don’t get to know! Days of death and fire begin no differently than those of love and warmth!”– Tom Clancy

HUD is the acronym for Heads Up Display for pilots flying airplanes. I am not a pilot but suspect that a comparison for non-pilots might be the heads up instrument panel of a car would be similar, in that you do not have to take your eyes totally off the road to see your speedometer or gauges. With our head up, we see them by a short glance down. 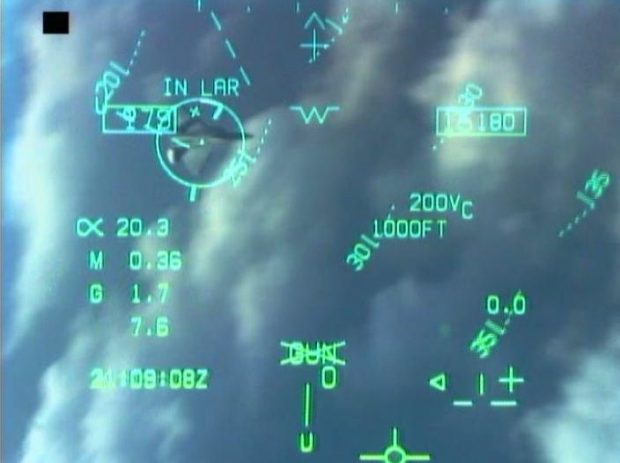 We all realize that no one can be 100 percent alert and aware forever. Col. Jeff Cooper’s combat mind-set and situational awareness Color Code comes to mind and is well worth studying. Here, we recommended his condition Yellow for relaxed awareness as healthy and that you can stay in that stage near forever.

In a police training class decades ago, a Secret Service Agent shared his experience with the next higher threat in Coopers color code, Orange or specific alert. He was assigned the stage area near the person they were charged with protecting when his radio related a possible man with gun in the crowd. Others on the team moved towards the unknown but general area of a potential threat. Keeping his head still while continuously scanning the crowd, it was over 20 minutes before an all-clear signal. The agent related honestly that he was near exhaustion after this high level alert. The take-away was that you cannot effectively stay in condition Orange for long periods.

Heads-up and relaxed awareness are key to avoiding being Mentally-Absent-With-Out-Leave!

About the author: Ron Borsch manages the PACT Consultant Group which does pro-bono presentations for local civic groups, churches and schools. He is a Viet-Nam veteran, (1965-66 101st Airborne), served 30 years as a Bedford, Ohio Police Officer. As a second career, commissioned by the seven SEALE Chiefs of Police, he founded and from 1998 to 2015, was the manager and lead trainer for SEALE Regional Police Training Academy in Bedford, Ohio. Over one hundred law enforcement agencies from ten states attended this academy. For the last several years at the International Law Enforcement and Educators Training Association in Chicago IL, (ILEETA), Ron has served on two panels of experts. He also served on the F.A.S.T.E.R. Saves Lives Town Hall panel of experts in 2018.