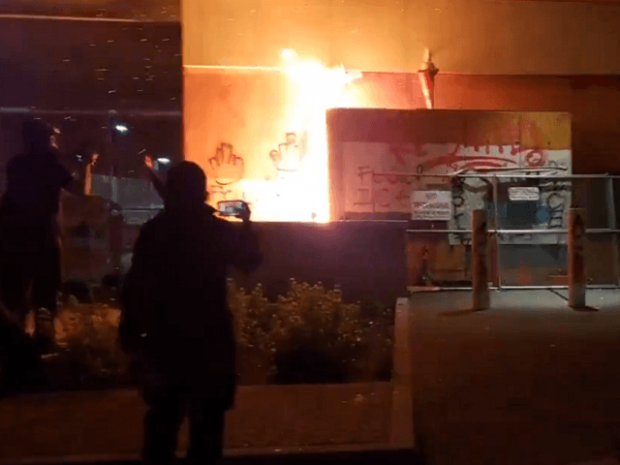 I received an interesting question from one of my readers.  He wanted to know the best course of action to prevent his local businesses from being burned to the ground or looted during a violent protest.

“Hi Greg I’m a big fan. I know you say that a person should mind their own business unless your family is in danger, stay away from crowds, etc. Given the recent riots, when is it right to step in and protect the businesses in your community? Not looking for a fight but don’t I want the businesses in my area to be looted/burned by outside agitators.”

I commend my reader for trying to be proactive with regards to protecting his neighborhood businesses from rioting mobs.  With the results of the Chauvin trial forthcoming  this week, I think there are going to be massive riots all across the country.  What could the law-abiding neighborhood residents do to keep their local businesses from being torched and looted by rioting mobs?

It’s a really tough question without clear cut solutions.  I firmly believe that in today’s legal and cultural environment, there is a significant risk of being injured or killed should you choose to resist the mob.  Potentially even worse is the fact that you will most likely be arrested should you choose to defend a business with force.

After the arrest, the mob will “dox” you by making  your name, address, phone number, and email available to their friends and the general public.  Those folks will work very hard to incite you into violent action while a confederate discreetly takes video of the incident.

After being doxxed, the mob may follow you or your family around, trying to incite violence.  They may use harassment or violence to target your spouse or children.  Take a look at what happened to the expert witness who testified for the officer in the Chauvin trial.  How would you like to wake up only to see your house covered with blood and a dead pig head dripping blood on the front porch.

“Officers arrived to find the front of the victim’s house smeared with what appeared to be animal blood and a decapitated pig’s head near the front porch,” 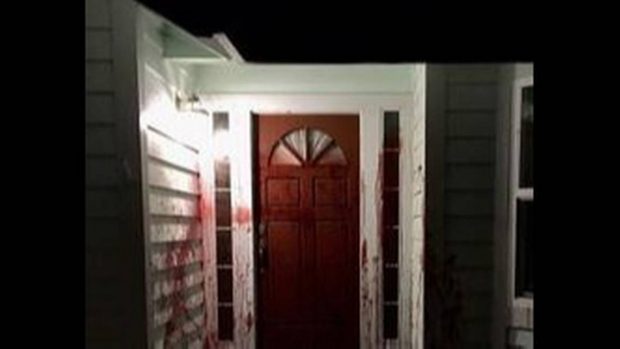 Those of us who were alive in the 1990s undoubtedly remember seeing bands of armed Korean shop owners protecting their stores from looters after the Rodney King incident in Los Angeles.  The armed shop owners on the roof were able to defend their livelihood because they had  general societal support for their actions.  The public thought rioting, looting, and arson was unacceptable.  With such widespread  public support, the shop owners had no fears of malicious prosecution or frivolous law suits.

Those conditions don’t exist in today’s world.  Look at what’s going on now:

-Cops aren’t responding to riots or arresting most rioters

– If rioters get arrested, they are immediately bonded out of jail by large private entities, celebrities, and legal aid groups

-As prosecutors drop charges against the looters, they are simultaneously excited to prosecute any armed citizen who defends himself, regardless of the threat the citizen was facing at the time.

-Charging anyone who fights against the rioters raises the prosecutor and police chief’s political status among the “woke.”

My friend Michael Bane makes a very cogent case for understanding the fact that the rules have indeed changed. Actions that once would be considered a clear case of self defense will now be judged very differently.

As Michael clearly explains, this is nothing less than politically sanctioned violence.  Read the article before continuing.

Let’s summarize.  You are outnumbered. The entire system is rigged against you should you engage these people.  Being present in the riot brings a high likelihood of you being injured or killed.  If you are not killed, you will go to jail.  The mob will target your spouse, kids and property while you are sitting in the slammer waiting for a bond hearing.

Are you sure that protecting your local businesses is worth risking those likely consequences?  It’s a simple answer for me.

The only way to win is to avoid playing. As much as I hate to see my local businesses looted and burned, the potential downsides of intervention make me absolutely unlikely to intervene in any way possible.  I think the best solution is advocated by Aaron Clarey: Enjoy the Decline.

Get out. Keep yourself as safe as possible. Avoid any confrontation. Let everything burn. It’s really the only rational action for a law-abiding citizen.