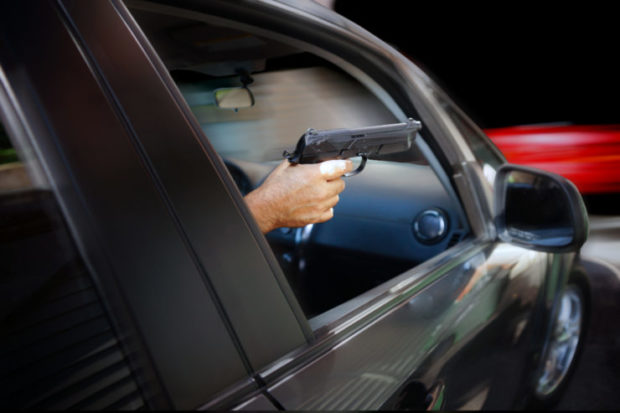 Read this article about a police gunfight that occurred following a traffic stop.  Some of the lessons learned have utility for the CCW carrier as well.

“Then, the corporal thought his gun jammed. Actually, he discovered later, he had short stroked it. That is, after pulling the trigger on his double-action semi-auto, he had not released it fully and allowed it to go all the way forward before pulling it to fire the next round. Consequently, the gun wouldn’t cycle properly.

“I thought I had a bad gun,” Gonzalez told Calibre Press. “Actually, trying to squeeze the trigger fast under stress, I just wasn’t releasing it properly. I looked at my gun and I just hoped to God that the suspect wouldn’t jump out and keep shooting at me. If he had, by the time I’d been able to figure out what was wrong with my gun and chamber another round, he could have shot me three or four more times. His intent definitely was to kill me.”

Although I haven’t seen any formal research on the topic, I regularly see shooting news reports where the defender thought his gun was either empty or malfunctioning when in all actuality, the defender was “short stroking” the trigger.

I can’t find the exact statistic, but I remember a report issued by the NYPD in the early 2000s describing an extremely high number of police gunfights where gun malfunctions occurred.  The gun wasn’t really malfunctioning.  The officer was malfunctioning by failing to allow the trigger to move far enough forward to reset.

It’s something to think about.  How do you prevent this problem or mitigate the risks associated with ‘short stroking?”

1) Provide extensive scenario-based training to ensure that the officer has already “experienced” all most any attack scenario imaginable with Simunitions or UTM marking cartridges.  When officers are well trained, they don’t panic.  They are still cognitively processing information.  If the officer doesn’t get this type of training regularly, he starts to panic when he sees a hazardous situation in real life.  Panicked firing as fast as possible makes short stroking much more likely.

2) Officers must be trained to instantly fix any type of gun malfunction that can happen.  Pulling the trigger and nothing’s happening?  Do a tap/rack.  Problem solved.  Police officers don’t get nearly enough training to make malfunction clearance a reflexive act.  We have to fix that.

3) Be cautious about what you do with your “jammed” gun in the fight, especially if you are transitioning to another weapon.  I regularly see advanced students with lots of training under their belts drop a gun with a perceived malfunction to facilitate a faster transition to another weapon.

Officers who do this regularly explain that if the gun is unloaded or has a malfunction, it is useless and needs to be jettisoned quickly.  They aren’t worried about arming one of the bad guy’s friends after dropping the gun on the ground because the gun doesn’t work.  In this case, the cop’s gun would have functioned just fine if a criminal accomplice chose to pick it up and use it against the officer.

The gun was not truly jammed or empty.  If the officer had tossed it on the ground assuming so, anyone on the scene could pick it up and use it to kill the cop who thought his gun was broken.

Your tactical homework for this week is to get to a shooting range, fire very quickly, and try to induce a “short stroke” pistol malfunction.  You should be intimately familiar with what the short-stroked trigger feels like and train to remedy the situation as quickly as possible.